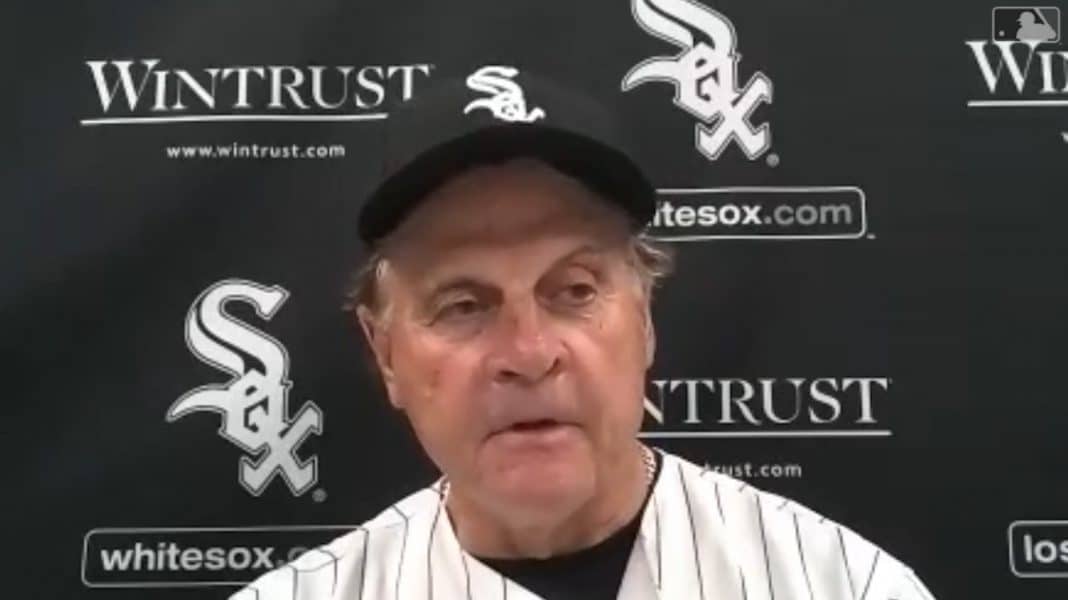 Tony La Russa trudged out of the dugout in the seventh inning to pull his starting pitcher. Lucas Giolito had a pitch count well over 100 and was clearly running on fumes. Unfortunately the damage had already been done. A 2-1 lead had flipped to a 4-2 deficit and managerial decision had cost the White Sox another game.

Giolito started the game by throwing six innings of one run ball. It had the makings of a bounce back start. He had seven strikeouts, no walks and was in line for the victory. Then the ill fated seventh inning came creeping up.

Giolito walked the leadoff man Wili Castro. He was allowed to stay in the game. He then got Akil Baddoo to fly out to right field but at this point his pitch count was 105. It did not look like he had much left in the tank, still Tony La Russa opted to stick with his starter. Wilson Ramos made him pay by lacing a line drive to center field and knotting the score at two apiece. After a mound visit Giolito was left standing on the rubber the ball still in his hand. One pitch later that ball ended up over the center field fence as Niko Goodrum gave the Tigers a 4-2 lead.

La Russa did not move from the dugout. Fans began to yell from the stands while others scratched their heads in front of their TV sets. Giolito comments after the game made it seem like he was among those who was puzzled why he was left in the game so long.

“I didn’t have much left in the tank” Giolito said after the game.

It was clear that it was time to pull Giolito. In a baffling decision Giolito was still allowed to continue. He got Jacoby Jones to fly out on a sharply hit ball, then proceeded to walk Robbie Grossman. Finally La Russa had decided he had seen enough.

Giolito had thrown a season high 114 pitches and had went from being in line for the win to the losing pitcher. His final line saw him pitch 6 ⅔ innings while allowing four runs on five hits and three walks. Despite a historically bad defensive performance by the Tigers, the White Sox managed to lose the game.

Tony La Russa tried to explain his decision after the game.

“If he felt like he didn’t have much left, that’s something I should have recognized. I’m watching that game, and I’m confident he’s capable of getting out of that inning. If I had seen something different, I would have gotten him.”

If the average fan could see that Giolito was taxed then why couldn’t the Hall of Fame manager. For the record this is not the first time  La Russa has admitted that leaving a pitcher in too long has cost the White Sox the game.

Earlier in season the White Sox were in line for a sweep in Seattle. Matt Foster was put into the game and was allowed him to face eight hitters. As the runs kept piling up La Russa stood idly by. The bullpen remained quiet despite the fact Foster clearly didn’t have it on this particular evening. By the time La Russa yanked him he had been charged with five runs and the game was all but over.

After the game La Russa took responsibility saying “I’m upset with myself, he faced too many hitters. That’s lousy managing…Pushed him too far. Stupid, lousy, no excuse.” While the honest candor and lack of excuses was admirable, repeating the same mistakes over and over again is not.

While the lack of offense did not help, some of the blame can be put on Tony La Russa’s shoulders as well.

Tony La Russa trotted out a lineup that looked like it had been written by Rick Renteria. Andrew Vaughn was left on the bench once again despite hi showing signs of breaking out. He has an average exit velocity of 92 mph and a hard hit percentage of 83. Both are considered above major league average. He also inserted Jake Lamb into the lineup once again, who left a lot to be desired at the plate.

He also allowed Billy Hamilton to bat with two on in the eighth inning rather than pinch-hit Andrew Vaughn. It should be noted that Vaughn entered the night with a 97 OPS+, as compared to Hamilton’s 68. Zack Collins was also left on the bench in favor of Yasmani Grandal who is hitting an abysmal .122.

If Tony La Russa wanted to silence the critics this offseason he is doing a pretty poor job. The White Sox are 12-10 on the season but losing these close games could wind up costing them down the road.