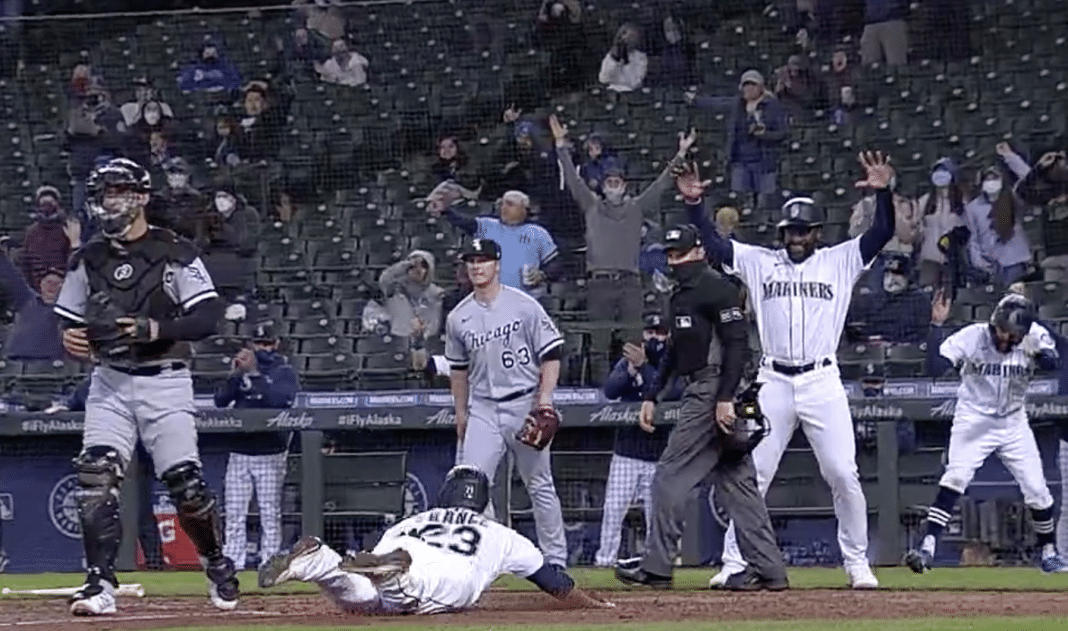 The White Sox were set to complete their first sweep of the season Wednesday afternoon in Seattle. They were nursing a three run lead in the sixth inning with with one of the best bullpens in baseball. That should have been more than enough to secure the victory. Then Tony La Russa said hold my beer.

The White Sox imploded, allowing seven runs in the sixth inning. They would go onto lose 8-4 and head back to Chicago with a sour taste in their mouth. This isn’t the first time the White Sox bullpen has given up a late lead. In their first series against the Angels, the White Sox either had a lead or were tied in the eighth inning or beyond and wound up losing three of those games. Wednesday’s game was just another installment of the bullpen melting down, but this time Tony La Russa is taking the heat for it.

Dallas Keuchel started the sixth inning. He had retired the previous seven batters he had faced so it made sense to give him another innings. A leadoff walk then a Kansas City special that dropped between Nick Madrigal and Adam Eaton complicated things. Eaton proceeded to spike his throw past Danny Mendick and put both runners in scoring position. La Russa decided to put in Matt Foster to put out the fire.

This was not a terrible decision considering, Foster has been an effective reliever over the corse of his short career. In 2020 he posted an impressive 2.20 ERA. Unfortunately Foster poured gasoline on the fire and allowed a parade of Mariners to circle the bases. He faced eight hitters, allowing five hits and a walk.This is not the first time Foster has surrendered a lead in a big spot this season. Three days earlier he served up a walk-off homer to Jared Walsh of the Angels.

As the runs kept piling up La Russa stood idly by. The bullpen remained quiet despite the fact Foster clearly didn’t have it on this particular evening. By the time La Russa yanked him he had been charged with five runs and the game was all but over.

After the game La Russa owned up to what most fans already knew. He had completely mismanaged the bullpen and cost the White Sox the game. Sure he didn’t throw any pitches or give up the eight runs but he did have a cupboard of hard throwing relievers at his disposal and failed to use them.

“I’m upset with myself,” the skipper said after the game. “He faced too many hitters. That’s lousy managing…Pushed him too far. Stupid, lousy, no excuse.”

“We were really set up to pitch the last four innings of the game, we had all those innings covered. I didn’t do what I was supposed to do, and we paid the price with all those extra runs.”

“I don’t enjoy saying it, but I enjoy it less not taking responsibility.”

In this young season the White Sox bullpen has already blown three saves. Liam Hendriks allowed a home run in his first appearance of the season. Aaron Bummer allowed a crucial walk on opening day that cost the White Sox the lead. Codi Heur and Evan Marshall have struggled and Foster has now had two horrendous innings under his belt.

These failures cannot all be pinned on La Russa. The White Sox defense has been terrible this season and their hitting in clutch situations has been sporadic. But the early struggles do beg the question just how much Dave Duncan was helping Tony La Russa in St Louis. La Russa was hired to avoid making the same type of mistakes that Rick Renteria made. With him at the helm the White Sox are not suppose to be out managed. That was not the case Wednesday. Time will tell if he just had a bad day or if this will become a recurring theme.  A Hall of Fame manager has earned the benefit of the doubt…for now.