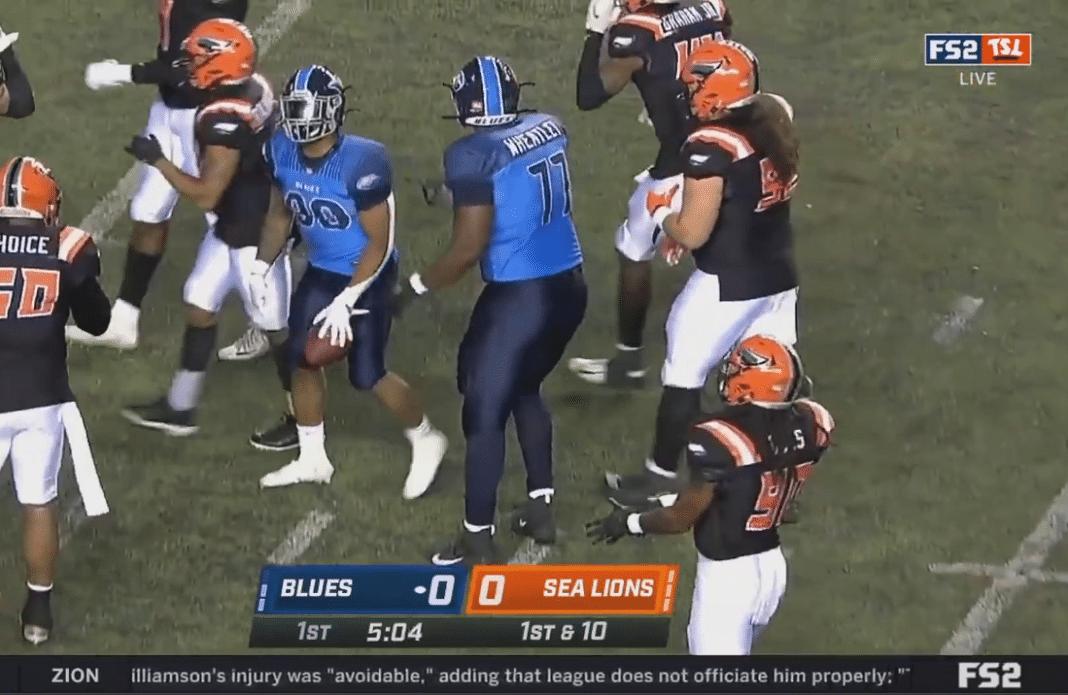 The name Tyrone Wheatley may ring a bell for several NFL fans. It should. He was a solid running back for a number of years in both New York and Oakland. He ran for over 1,000 yards with the Raiders in 2000 and had over 1,000 from scrimmage the year before as well. He scored 21 touchdowns during that two-year stretch. He was also a contributor on their 2002 Super Bowl team. How is this relevant to the Chicago Bears? Namely, because they just signed his son Tyrone Wheatley Jr.

Wheatley Sr. had a relatively uneventful journey to the NFL. He was a 1st round pick in 1995 out of Michigan. The same can’t be said for his son. After three forgettable years as a tight end at Michigan himself, Wheatley Jr. tried to jumpstart his college career by transferring to Stony Brook. It didn’t work out. That left him with a tough decision. Give up on football or continue to pursue his dream in another way.

He chose the latter.

When The Spring League, a developmental league established by Brian Woods, came into being, Wheatley Jr. jumped at the chance to join in. He even switched positions from tight end to the offensive line. Eventually, he landed on the roster of the Blues team in the South division. He didn’t take long to impress it seems because he became their starting right tackle for the 2021 season. The Bears liked what they saw. So much that they decided to sign him as Wheatley himself revealed on Instagram. 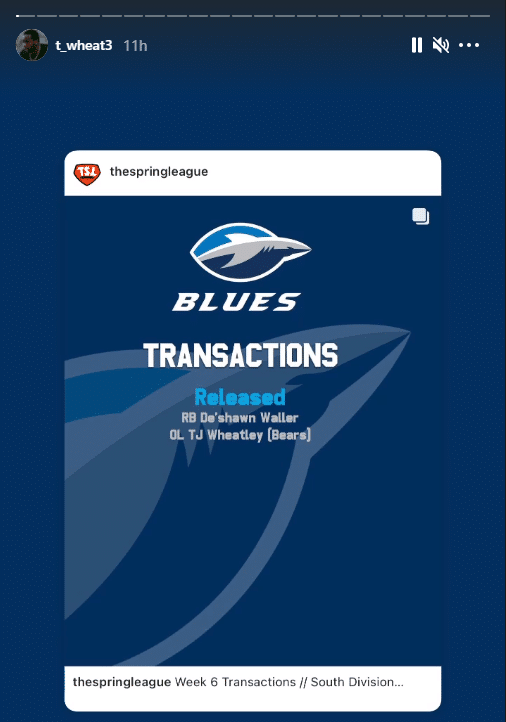 It isn’t hard to see why the Bears might be interested in Wheatley Jr. He’s 6’6 and looks to be around 300 lbs at least. That is the premier size range they seem to covet. Being a former tight end means he is a better-than-average athlete too. It also doesn’t hurt he’s the son of a former NFL player. One who has also been a coach since 2007. This is somebody worth a look in training camp.

*Wheatley is #77 in the video below

Chicago Bears continue to tinker with the offensive line

This is never a bad thing. With Justin Fields being their future, it is their job to safeguard it as much as possible. That means investing as much as they can in his protection. Sure, Wheatley Jr. doesn’t come with the same track record as Teven Jenkins but good NFL players tend to come from all sorts of humble beginnings. This young man is clearly driven enough to do what it takes to reach the pros. That includes switching positions.

Giving him a chance to prove himself in Chicago Bears training camp and the preseason isn’t a bad idea. The genetics are there. Perhaps it just took him longer than expected to find a position that he is built for. Juan Castillo is notorious for being an offensive line coach who loves projects. He’s turned quite a few of them into serviceable NFL blockers.

If Wheatley Jr. is willing to work, Castillo is perfect for him.

Barring that, he’s another body for what should be a long, hot summer at Halas Hall. The competition at offensive tackle alone is looking more interesting by the second. Jenkins, Germain Ifedi, Larry Borom, and Elijah Wilkinson look like locks. That means there could be a free-for-all for a fifth and final spot between Wheatley Jr. Lachavious Simmons, Gunnar Vogel, and Badara Traore.