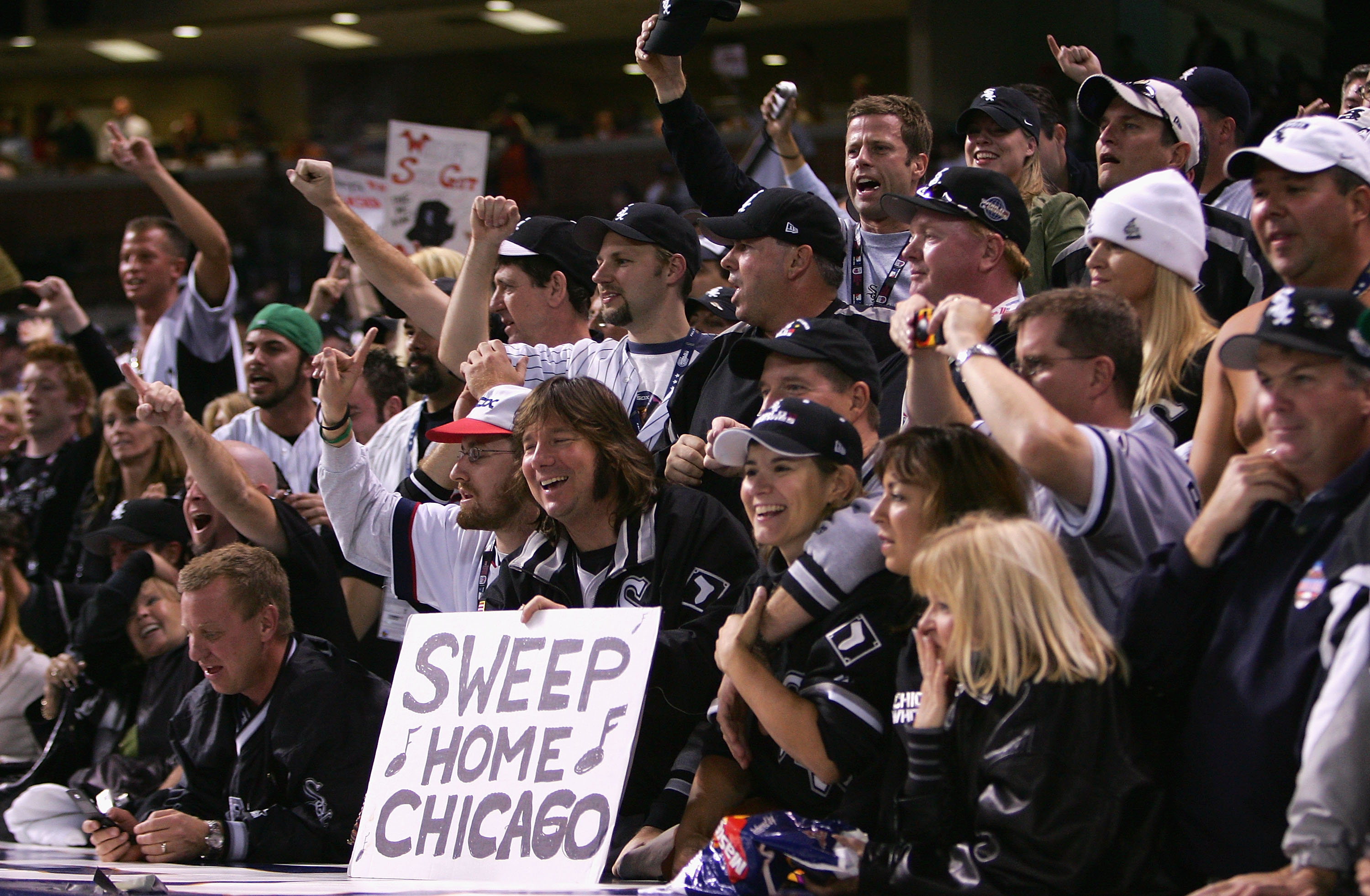 White Sox fans have been notorious for liking to consume cold beers while enjoying their favorite team at Guaranteed Rate Field, but now they have a reputation to uphold. On Thursday, a survey posted by New Jersey Online gaming stated that White Sox fans are MLB’s booziest fans as they average over 4.2 beers per game. With the atmosphere and setup that encompasses White Sox games, it is understandable how the team’s fans could partake in a few cold brews.

Congratulations #WhiteSox Fans. We've made it to the top. #CrackUm pic.twitter.com/YFUe91AGBe

The White Sox Have Made Game Day an Alcohol Friendly Environment

Although some will wonder how the White Sox fans can be the booziest in baseball, it can be understood when looking at the game-day festivities of a White Sox home game. Over the past decade, pre-game tailgating has become a time-honored tradition for the south side faithful attending games. Two hours before the first pitch, fans are out in force in the parking lots surrounding Guaranteed Rate Field with portable grills, lawn chairs, and coolers packed with ice-cold beers. Saturday and Sunday games usually see the most tailgate parties, with Lot B being the preferential parking lot for Sox fans to host pre-game tailgate parties. Whether the chilly temperatures of early-April or the hot heat of mid-July, Sox fans are committed to tailgating just as much as Buffalo Bills fans are.

Inside the ballpark, fans are treated to many options for alcohol as the White Sox have made their stadium one of the most alcohol-friendly parks in all of baseball. The White Sox have several corporately sponsored bars throughout their stadium, including the Goose Island section, the Xfinity Zone, the Craft Kave, and Revolution Brewing’s Sox Social Lounge. All four areas have become fan-favorite places to grab specific beers and alcoholic beverages to watch the game.

Even after the game, fans still will look to have one more for the road or continue the party at ChiSox Bar and Grill. The bar and grill opens three hours before the start of games and remains open for a short time following the end of games allowing fans to grab food or grab a few more drinks.

One of the best aspects of White Sox fans holding the title of booziest fans in baseball is that it gives them bragging rights over rival Cubs fans. One of the more argued topics amongst the crosstown rival fans is which group of fans can drink more. Now White Sox fans have ample evidence to reassert their claims, especially when it comes time for the annual Crosstown Classic between the Cubs and White Sox. The atmosphere between the two fan bases always runs high during the crosstown games as alcohol sales are usually the highest during those six games.

To make matters worse for the northside fans, they weren’t even at the top of the list, as they ranked 14th on the list averaging 3.4 beers per game. For as much grief as Cubs fans give White Sox fans about attendance, this now provides White Sox fans something to argue back with.

With the White Sox being a playoff contender in 2021, along with the potential of their fans being allowed to attend games once again, it will be interesting to see how many beers fans intake this season. Fans on social media have already expressed excitement for the return of tailgates and watching games in the Craft Kave. Being baseball’s booziest fans is a title White Sox fans will wear with pride and will fight to retain going forward.