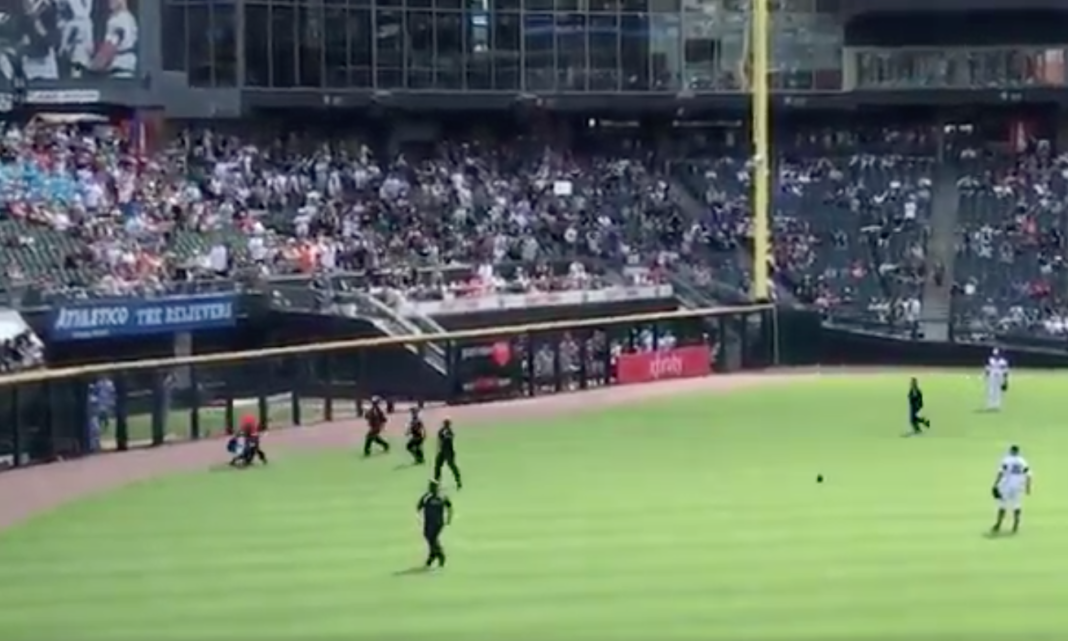 I understand why they don’t show fans running on to the field during sporting events on TV, but selfishly I want to see them for the entertainment factor. Oh and you know, the chance to see someone get demolished!

That’s what happened during Sunday’s game between the Milwaukee Brewers and Chicago White Sox, as one lucky fan got flattened by a security guard at Guaranteed Rate Field.

Here you go. They won't show it on TV so I got it for you! #freewilly #breakout pic.twitter.com/NZCOioc1Bd

And here’s a better view of the tackle.

That was pretty good, but I do wish there were more Angel Pagans.