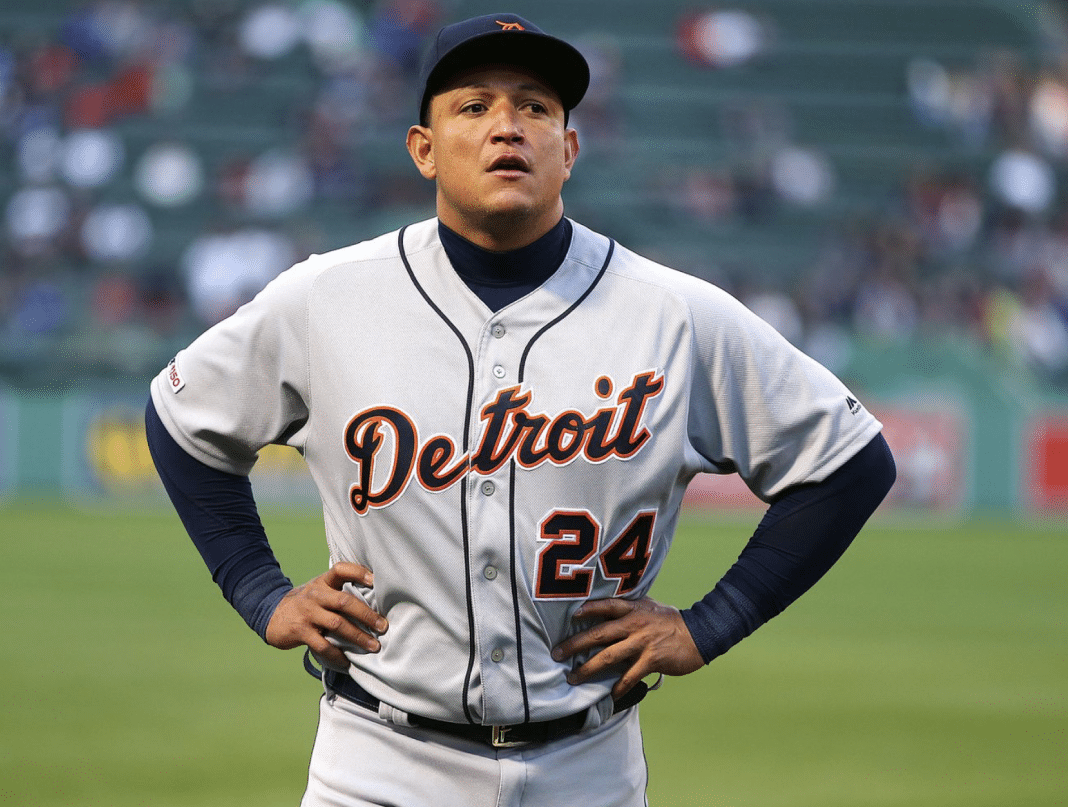 Miguel Cabrera has a bone to pick with Nick Madrigal. Despite hitting a home run in a 5-2 come from behind victory over the White Sox the night before Cabrera had something else on his mind the morning after. Lack of respect.

Runners stealing signs from second base is a common practice in the MLB. Often times you will see the catcher call timeout with a runner on second so he can change up the signals with the pitcher.

The issue of sign stealing is a touchy subject across major league baseball after the Houston Astros elaborate sign stealing scandal involving trash cans was uncovered. Despite the backlash across the league and from fans the manager A.J Hinch was one of the only ones severely punished. He received a suspension for the entire 2020 season and was relived of his duty as manger of the Astros. Hinch is now back in baseball…as a manger for the Detroit Tigers.

Miggy Is Not Happy

Despite the connections to the Astros and sign stealing scandal and its prevalence in the game Miggy was not having it. He felt that Madrigal was showing him up. The two time MVP did not appreciate being embarrassed by a player in his second season. He made his feelings known during his media session on Wednesday.

“It was the second baseman. He tried to tell the catcher and the pitcher we were passing signs. I mean, come on. That’s bullshit. I don’t play that game,” Cabrera said. “You need to respect. You don’t need to show up me or somebody or the runner on second trying to say we passed the signs from second. Come on. Get the fuck out of here.”

He continued “I don’t care why they do it, but they need to stop that because we don’t play that game. That’s why I said something to him right away.

“Everybody’s paranoid about all that stuff right now. They’re over the limit. They need to respect, because if they say that, the next day there’s going to be a hit by pitch or something like that, and we don’t play that game. We respect the game.”

Tony La Russa gave Miguel Cabrera the respect he deserved when asked to comment but was quick to come to the defense of his second baseman.

“We do encourage our middle infielders to actively be guarding because that is a ridiculously popular thing to do now, for a long time, whether it’s signs that you’ve learned over your study or tipping location, which is okay because that’s part of the game. So my point is, if Nick was actively defending against that, then I’m all for it. But I give Miguel the respect he deserves. If he says he doesn’t get signs, then he doesn’t get them.”

Was Miguel Cabrera actually looking at the signs? Probably not. But how is Nick Madrigal suppose to know that? Hall of Famer or not he is a division rival so it is better to air on the side of caution.

But with the White Sox set to play the Tigers a whole lot this year, a pissed off Miggy is good for the rivalry.