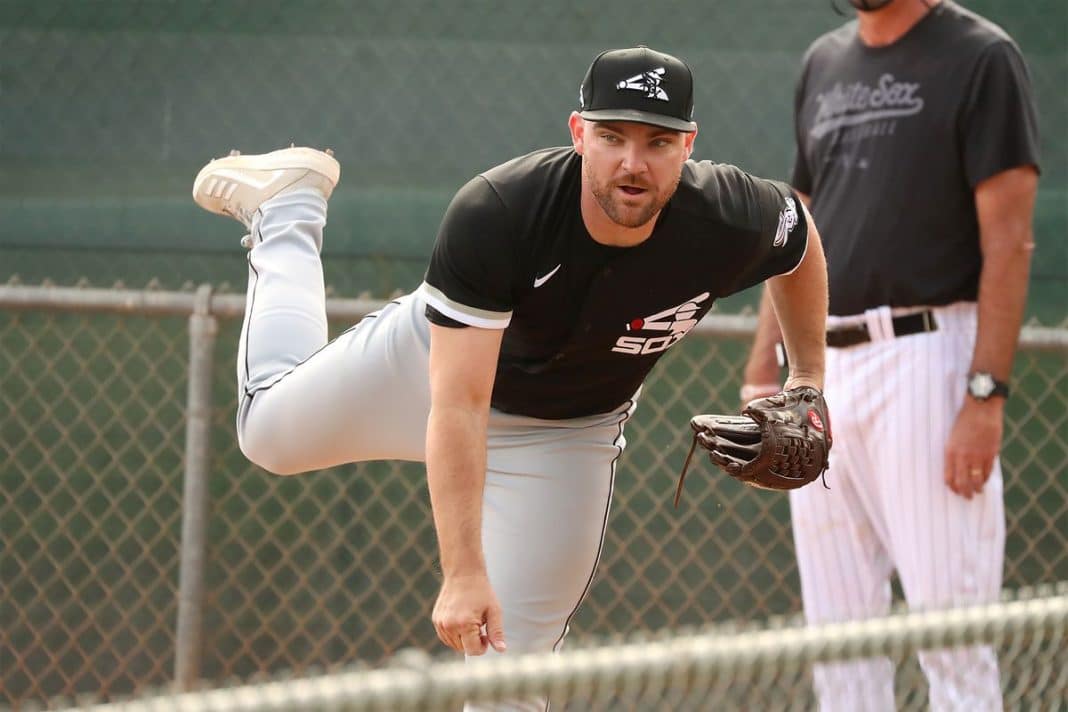 Liam Hendriks pitches like a psychotic on the mound. From yelling at himself between pitches to roaring in celebration after a save, there is no personality quite like Liam Hendriks. The key to his success? Building LEGOS to calm his mind.

Hendriks is coming off winning Reliever of the Month for his work in May. Hendriks notched eight saves in May and did not allow an earned run in 11.2 innings pitched. His 0.00 ERA was also accompanied by 19 strikeouts. He even recorded three saves in two days after saving both games of a double-header then coming out the next day and putting the finishing touches on a sweep of the Baltimore Orioles.

“I’ve been doing LEGOs a lot,” he revealed Thursday. Playing with a kid’s toy is a perfect embodiment of the White Sox locker room. Tim Anderson described the clubhouse as a bunch of “bad kids who don’t listen.”

Hendriks has helped stimulate the local economy by taking advantage of Chicago’s Lego Store on Michigan Avenue. His current collection of lego sets include pieces from the Star Wars realm and the sitcom Friends.

“I have to show off my little collection,” he said. “I’ve built the ‘Friends’ set, I’ve got an R2-D2 that I’m about to build, I finished Baby Yoda, I finished a bust of Darth Vader, I’ve done some stuff like that.

“Chicago has a very nice LEGO store, so I went down there one day and picked up a ‘Friends’ set. And since then, it’s evolved into the ‘Friends’ set, anything to do with ‘Star Wars.’ I got a gift from one of our friends, Joey, he actually bought the cityscape of Chicago, which I did initially.

“Today, I’m starting the ‘Friends’ apartment. The first one was Central Perk. Now we’re going Monica and Rachel and Joey and Chandler, their housing, apartment setups, with a little bit of cheesecake in the middle. Anyone who knows the story, they’ll understand that.

“I’m mixing between that and some ‘Star Wars’ stuff. I try to get through one set per homestand. Now it’s just a matter of trying to put it on display somewhere in my locker so I can have at least some people gawking at it a little bit.”

His teammates have taken notice and even given him a new nickname.

“Tim Anderson has been calling me ‘LEGO Liam’ a little,” Hendriks said. “Everybody is really relieved I put headphones on and do my LEGOs so they don’t have to hear me talk anymore. It’s a bit of a break for everybody, not just for me.

“If I finish the set before the homestand, I’ll read the last few days. But I need that time away from the game when I’m at the field to lock me back in, and this is an outlet I can do.”

After Hendriks struggled earlier in the season he discussed using Tarot cards. Between those and playing with bricks, it seems to be working for the Australian. He has turned his season around and once again returned to the elite form the White Sox envisioned when they signed him.

“It’s just a little bit more of getting behind the ball and worrying less about velocity, worrying less about trying to throw as hard as I can and more about going through the mechanics the right way before the game so when I get on the mound I don’t have to think about anything.”

With a huge new Spiderman LEGO that was just released, Hendriks may have another project oN keep him busy on the horizon. If it keeps translating to wins then Sox fans are all for it. Keep the legos coming.