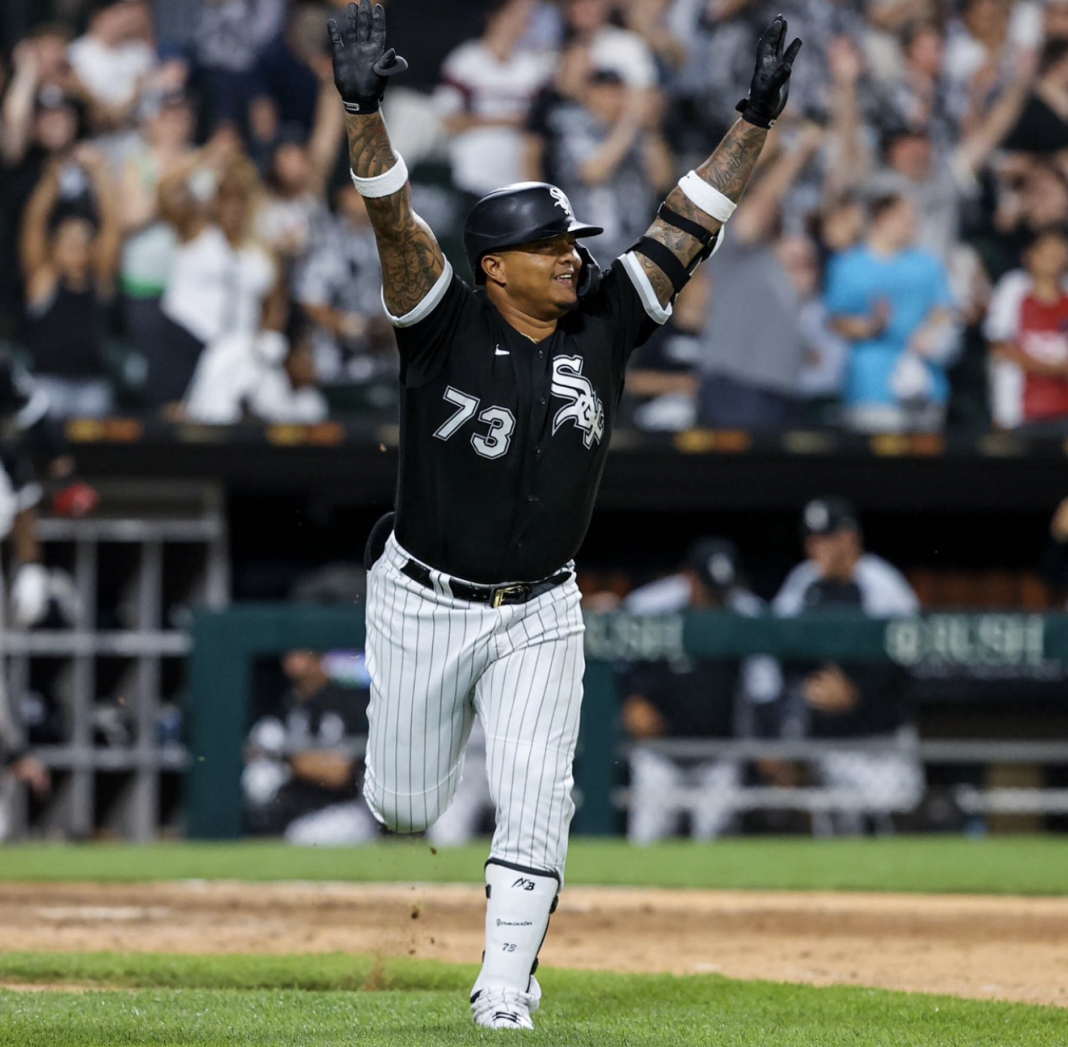 Yermín Mercedes was working on a streak of 25 at-bats without a hit. After hitting a walk-off single against the Tigers on Friday night nobody cares.

Mercedes came to the plate in the ninth inning with a chance to end an emotionally draining affair that saw the White Sox blow a 7-2 lead only to have Yasmani Grandal tie it back up in the bottom of the seventh inning with his second solo home run of the night. While an early June game against the lowly Detroit Tigers did not look like a big game on paper, it felt like one the White Sox needed to win. A roller coaster ride, with an amped-up crowd against a divison rival, can carry a ton of weight moving forward. With a chance to end it in the White Sox favor, Mercedes rose to the occasion.

“He’s got the heart of a lion, and the situation did not scare him,” Hall of Fame manager Tony La Russa said.

It has been quite the fall from grace for Yermin Mercedes. He began the season by setting records. He continued his blistering pace throughout April, finishing with five home runs, 16 RBIs, and a .415 batting average. The 28-year old was awarded American League Rookie of the Month for his efforts. The month of May was not as kind.

After making headlines for swinging on a 3-0 count and hitting a home run off of Williams Austidollo in a blowout against the Twins, he went 8 for 52 to finish the month. After an 0-3 game on Thursday added to a 0-22 stretch, Mercedes’s batting average plummeted from .415 to .299.

Part of the reason for this lack of success was Mercedes’s poor plate discipline. He was chasing bad pitches out of the zone and constantly falling behind in the count. Then things began to change in Mercedes’s third at-bat against the Tigers on Friday.

Mercedes drew a seven-pitch walk after falling behind 1-2 in the count. Then Mercedes put together an excellent nine-pitch at-bat. He worked a full count and fouled off four consecutive pitches before driving a ball just shy of the warning track. The ball was squared up with an exit velocity of 97mph.

“He had some great at-bats,” La Russa said after the game. “He just took it into that last one.”

In the bottom of the ninth with the score knotted at eight, Yoan Moncada got hit by a pitch to start the inning. Then Jose Abreu hit a single, accompanied by a chorus of “MVP” chants, to advance Moncada to third. Up to the plate strode Yermin Mercedes. He got ahead in the count by laying off a 98 mph sinker from Tigers reliever José Cisnero. Cisnero’s next pitch was deposited into leftfield by Mercedes. Moncada came trotting home and Mercedes threw his arms up in jubilation as he ran to first while being chased by his teammates that came storming out of the dugout. The 35th victory of the season was signed, sealed, and delivered with an exclamation point. Mercedes was mobbed by his teammates as a smile wore across his face.

If anyone on the White Sox needed a moment like this it was Mercedes. The city of Chicago has embraced Yermin Mercedes and he wants to live up to the lofty expectations he set. After having “Yerminator” t-shirts made of him, while also getting cheeseburgers and a craft beer named after him, having such a bad stretch can be very humbling.

Notching a huge hit in a big moment should serve as a confidence booster for the 28-year old rookie.

This was a character-building win for the White Sox. It also was a metaphor for Mercedes season to this point. A hot-start that, followed by a rough stretch, ending in a triumphant moment.

“Little slump, 0-for-25…but we keep working,” Mercedes said. He continued by saying, “we do it all the time, working hard, fight. We fight all day, all game. That’s what we do. The game-winner today is because we’re working hard. We try to do our best, everybody together, do the best we can do on the field. The big thing is we fight all nine. We won the game.”