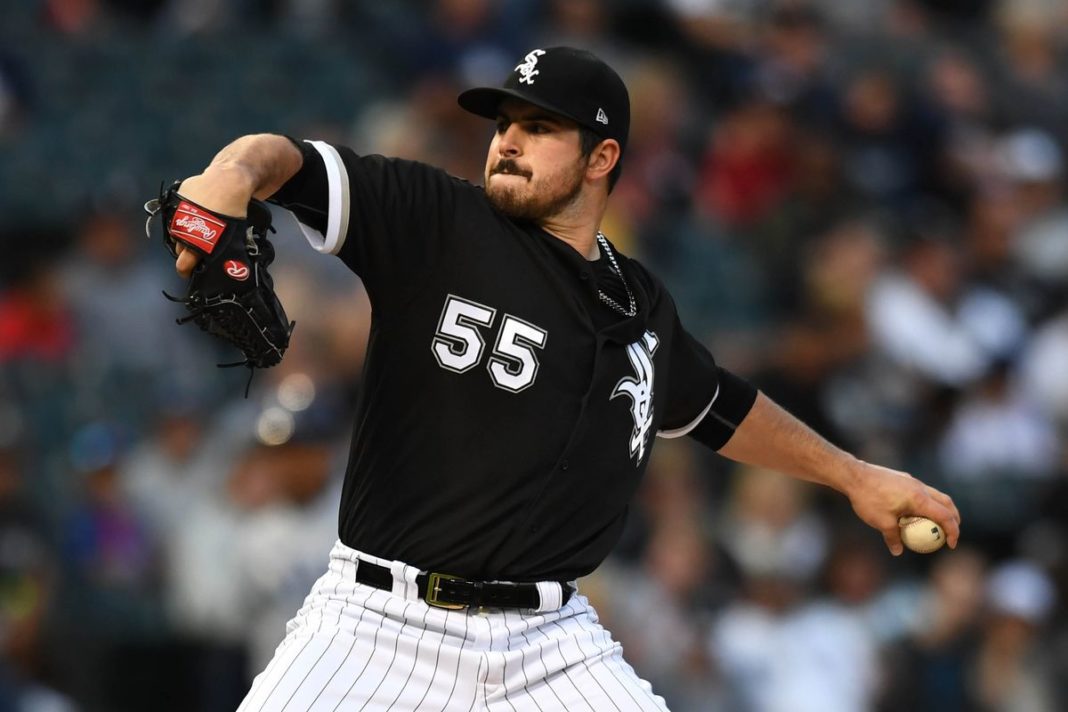 Sticky substances on baseballs are the hot topic in the MLB world right now. On Monday, the MLB announced it would be cracking down on foreign substances with 10-game suspensions for pitchers caught using them.

Carlos Rodón was not thrilled with the announcement. When asked about it on Tuesday afternoon, he unloaded on MLB Commissioner Rob Manfred.

“The way I look at it is, it’s hard to see this when you’re giving out 10-game suspensions for cheating but, you give the Astros no suspensions at all. So, I mean, if Rob Manfred can look at himself in the mirror and say, ‘Hey, I’m doing the right thing,’ that’s fine. You can’t suspend the team that you actually knew was cheating during a playoff game that’s on you”.

Rodón sees a double standard. The Houston Astros, of course, were caught using an elaborate sign-stealing system that helped them win the World Series in 2017 and win the American League Pennant in 2019. The cheating scandal was uncovered before the 2020 season but, no players got punished. Rodón’s voice carries a little extra weight this season as he has emerged as one of the best pitchers in the game.

Carlos Rodón is in the midst of a Cy Young caliber season. The southpaw has the second-lowest ERA in the American League with a 1.89 mark. He is also leading the White Sox in strikeouts with 97. On April 14th he tossed a no-hitter against the Indians in what has been the highlight of a resurgent season.

Rodon claims that neither he nor anyone else on the team that he knows of uses any foreign substances. Whether that is true or not, this rule will impact pitchers across the league. The argument is not that the MLB is banning adhesives like Super Tack that increase spin rate. Pitchers are upset that some substances help their grip on the ball and give them better command of where the pitches are going.

“For me, when you’re talking about RPMs going up and getting more spin rate on a ball and balls are staying up longer and fighting gravity longer because of certain substances, yeah, then it’s cheating,” Rodón said. “But using something to get a grip on something, it’s hard for me to say it’s cheating.”

Rodón is not alone in his criticism either.

Tyler Glasnow made headlines after he left his start early against the Chicago White Sox, despite dominating for four innings. It was later revealed that Glasnow particularly tore his UCL. After the game, he sounded off on the league, blaming the crackdown on foreign substances as the reason for his injury.

Tyler Glasnow sounds off on MLB's foreign substance crackdown and how it may have led to injury 😳 pic.twitter.com/47rcTnpk0l

Buckle up, ladies and gentlemen. This debate is far from over.