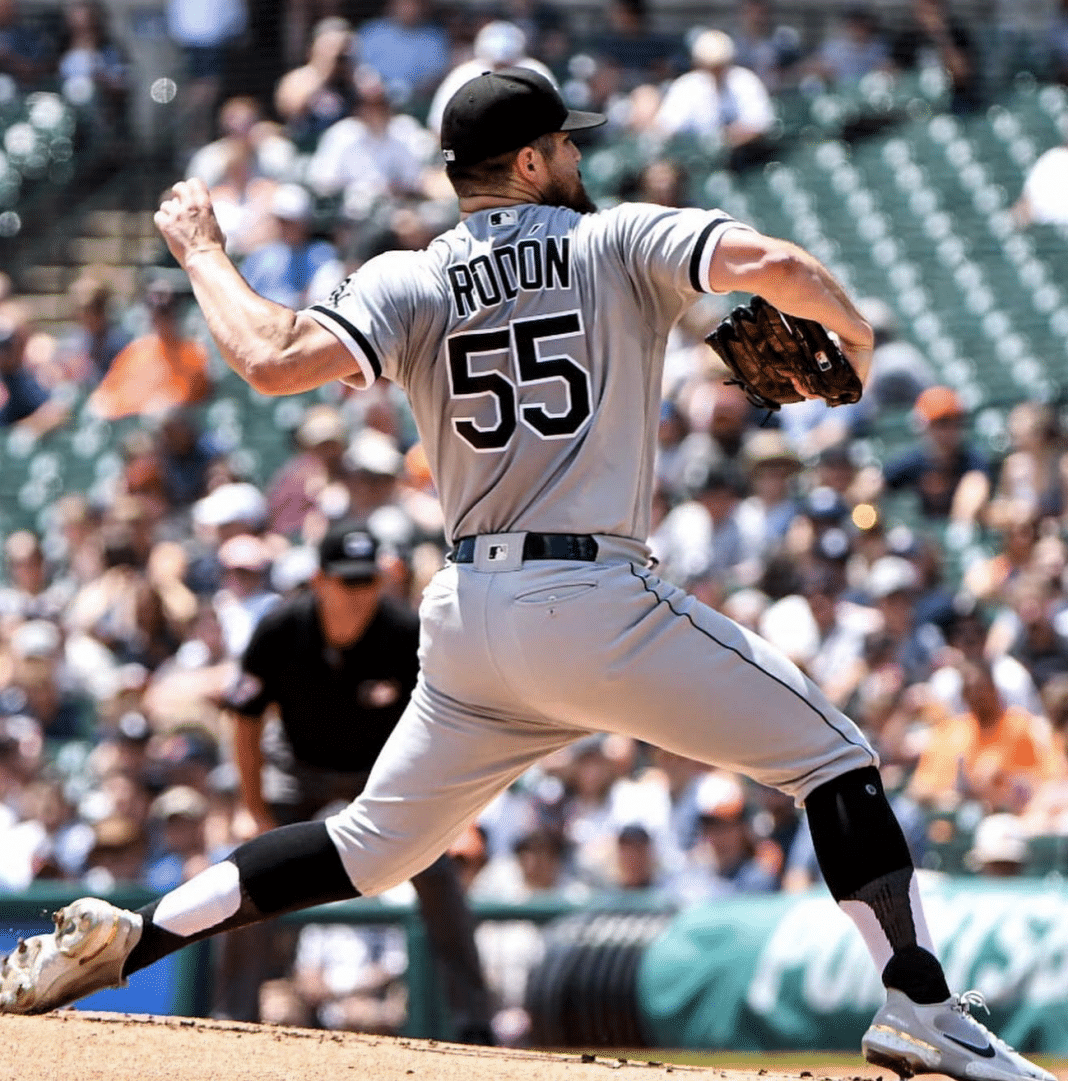 Sometimes the baseball gods smile upon you. Other times the home plate umpire interferes.

Pat Hoberg is one of the better pitch callers the MLB has to offer. For the season he has been accurate on 94.3 percent of the calls he makes behind the plate. Carlos Rodón fell victim to the other 5.7 percent in the seventh inning.

Carlos Rodón was working on a masterpiece of pitching Sunday afternoon. He was routinely lighting up the radar gun with 99 mph fastballs and twisting hitters into the ground as they waved at his slider.

“It seemed like from the first pitch, the first inning, everything was in sync as far as delivery, ball jumping out of his hand, he commanded three pitches,” manager Tony La Russa said. “And he kept it up through seven innings. He was outstanding”.

Rodón was efficient all afternoon as well. His fastball set up his slider brilliantly all afternoon making it unfair for the Tigers all afternoon. In the fourth inning, he punched out Miguel Cabera on three pitches. After blowing two fastballs by him, he disposed of the future Hall of Famer with a filthy slider. At one point, Rodón needed just ten pitches to retire ten Detroit hitters.

Rodón drew 22 swings and misses and struck out nine Tigers. Seven of them falling victim to his slider.

“I feel like today my stuff was better than my no-hitter,” Rodón said after the game.

Everything was in line for Rodón to become the 36th pitcher to throw multiple no-hitters and just the seventh to throw two in the same season. That is why it was so frustrating when it was derailed with just eight outs to go.

On a 2-2 count to Eric Haase, Rodón threw a perfect slider that painted the bottom portion of the strike zone. He even began to walk around the mound before realizing Hoberg had called it a ball. Rodón was forced to throw another pitch and watched as Haase sent it to left field. He watched helplessly as Andrew Vaughn raced after it but was unable to come up with it. The ball hit the wall and just like that the no-hit bid was over.

And now that guy scores. Annoyed.

My husband is the sweetest, nicest human 🙏🏻 https://t.co/xHUENGxZux

A wild pitch and a sacrifice fly later, the shutout was gone. The single blemish on the scoreboard should not take away from how good Rodón was yet again.

The White Sox offense made sure to take care of the southpaw, by tacking on four runs, and the bullpen slammed the door to ensure Rodón walked away with his sixth win of the season.

He is emerging as one of the best pitchers in baseball. In his last outing against Toronto, he did not have his best stuff and still managed to punch out eight hitters and hold a lethal Blue Jays offense to one run.

“It kind of turns into a video game for me back there,” Rodón’s catcher Zack Collins said. “Everything he throws is pretty much swing-and-miss. He’s got an upper 90s fastball, got that wipeout slider, I can’t really call anything wrong.”

Rodón’s 1.89 ERA is the fifth-best in baseball. Enjoy it White Sox fans, you are witnessing something special every fifth day.