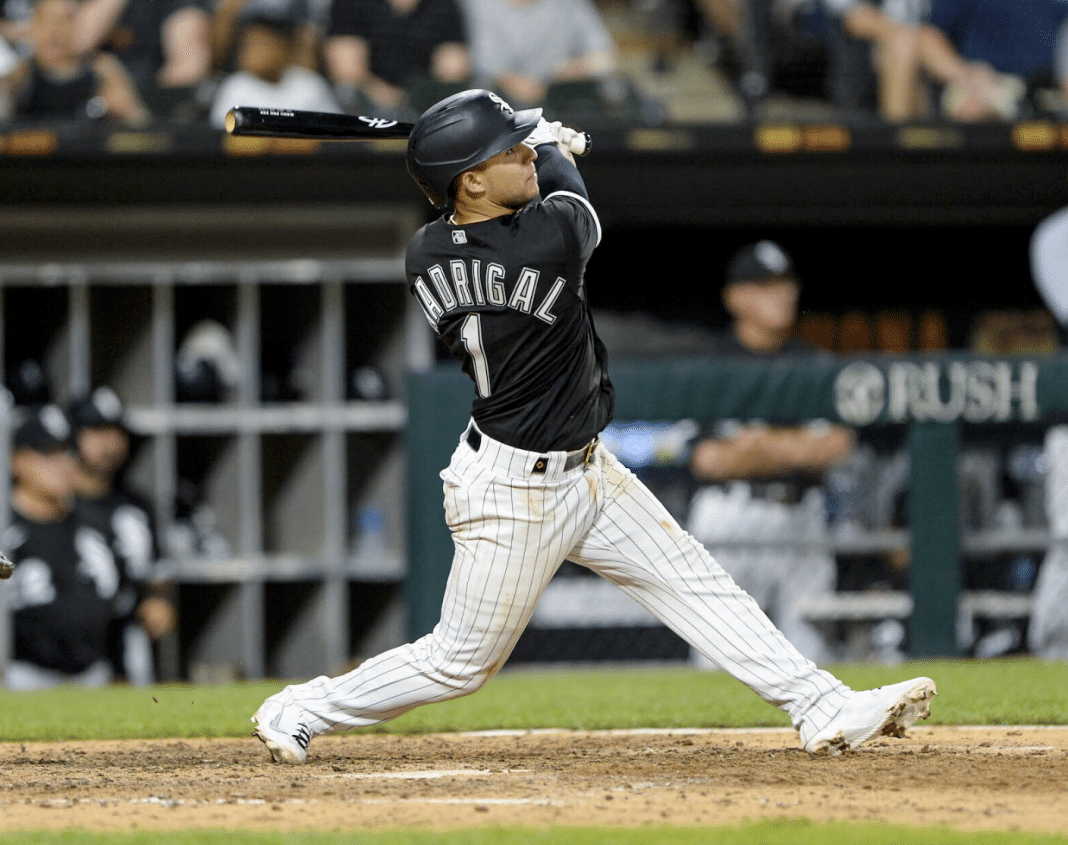 Another week and another White Sox player that bites the dust. They have already had to overcome significant injuries to Adam Engel, Luis Robert, and Eloy Jimenez. Billy Hamilton, Micheal Kopech, and Tim Anderson have spent time on the injured list. This time Nick Madrigal was the one to get the injury bug. While trying to leg out an infield single he tore his hamstring, placing him on the 60-day disabled list and likely out for the season.

It could not have come at a worse time for the Chicago White Sox. Madrigal was beginning to find his stroke at the plate. The second baseman was hitting .382, with 21 hits including a home run and a .433 OBP over his last 15 games. His 1.3 WAR was tied for fifth on the White Sox. While Madrigal is small in stature, he has huge shoes to fill at second base. So who will fill the void at second base? Rick Hahn and the front office have a few different options.

The White Sox have been implementing the next-man-up approach all season. If they continue this approach, Danny Mendick and Leury Garcia are next in line.

“That’s the two guys who will get playing time,” Tony La Russa said. “Danny is a quality player…Leury will have that double duty, where he’s playing right tonight and play second some during the weekend. We don’t want to run him into the ground.

La Russa is correct both players offer a lot. Garcia is the longest-tenured member of the White Sox. He has served as a swiss army knife, with the ability to play all three outfield positions as well as playing third base, shortstop, and second base. He has hit .270 or higher in his previous four seasons with the White Sox. In 2019 he served as the White Sox primary leadoff man and established career highs in every offensive category. His 160 hits from the No. 1 spot were the fifth most in the majors trailing only Whit Merrifield, DJ LeMahieu, Fransico Lindor, and Marcus Semien.

Garcia’s offensive production has taken a nosedive this season. He is just hitting .234 and looks better suited for a role off the bench. Unfortunately, the White Sox have not had the luxury of using him as a role player.

Mendick meanwhile was a Gold Glove finalist at second base a year ago. Mendick is a scrappy player and has shown some flashes at the plate. He has two home runs this season, including a grand slam against Minnesota. But like Garica, his overall body of work at the plate this season has not been overly impressive.

If White Sox Twitter had a say then Adam Frazier would be in a White Sox uniform. Frazier is leading baseball with 79 hits and 22 doubles. The Pirates resemble more of a Triple-A team at this point. They are in the last place in the National League Central and obvious sellers.

Frazier could provide an immediate impact in the White Sox lineup. Like Madrigal, he can hit for contact. He has a .329 average on the season with 24 RBIs and a .862 OPS. In 2017 he won the Heart and Hustle Award. He is also a sure-handed fielder. He has only committed 28 errors in his six-year career.

Another team in the last place that may be looking to sell at the deadline is the Arizona Diamondbacks. It just so happens that they have a versatile star who can play second base. Ketel Marte has a .977 OPS this season. He also has a .365 batting average, making him one of the few bright spots on a lackluster Diamondbacks team.

He is primarily a centerfielder which could also help the White Sox due to the injuries of Hamilton and Robert. The problem is the 27-year old is under team control until 2023. If the White Sox want to acquire him it is going to cost them. After the 2021 season, they would also need to find a way to fit him in the lineup, assuming Madrigal, Jimenez, and Robert return.

A strong case could be made that Marte would become an instant part of the long-term plan. He would also make Garcia’s services obsolete.

Trevor Story is the best available infielder on the market right now. Story is telling friends that he isn’t coming back to Colorado and the Rockies have shown no interest in contending. Story has not played yet this season which could help the White Sox in negotiations. He is expected to return this week after missing time due to elbow inflammation.

Story only has about $5.9 million remaining on his $17.5 million salary which makes him affordable for the White Sox. While he is a true shortstop he could be converted into a second baseman. The White Sox successfully converted Andrew Vaughn into a left fielder. While there may be a slight dropoff in defense from doing so, Story’s offensive production is worth it.

He is a two-time All-Star and Silver Slugger winner. He also has 139 career home runs, 398 RBIs, and a lifetime .275 batting average. Those numbers will play well in the White Sox hitter-friendly ballpark, especially with all the lineup protection Story would have. Because Story is a natural shortstop this would be the least likely of the three options.

Trade talks have yet to heat up. Until they do it will continue to be the next man up for the White Sox as they search for answers internally.