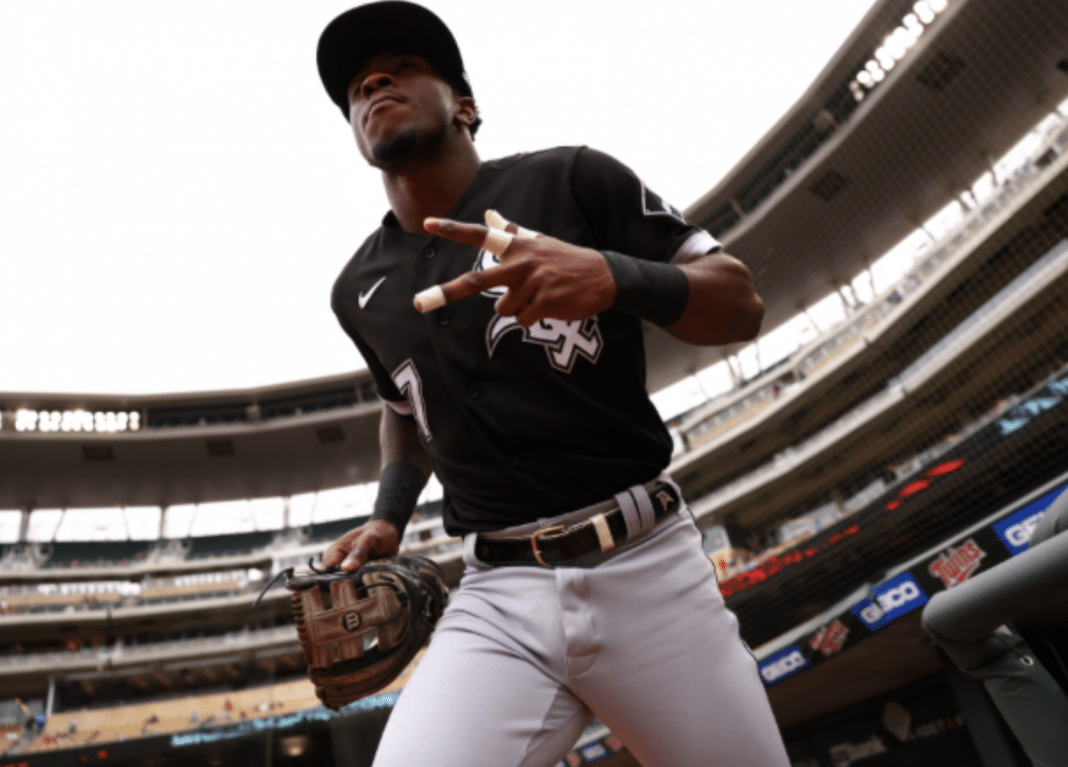 For the first time in his career, Tim Anderson is an American League All-Star! Carlos Correa, of the Houston Astros, opted out of the game to spent time with his pregnant wife. Anderson received his ticket to Denver to represent the American League.

Ten players announced that they were unable to attend the All-Star game forcing the MLB to find replacements for them. Anderson, Chris Bassit, Joey Wendel, Freddy Peralta, and Taijuan Walker are all first-time All-Stars. This year the MLB has 39 players making their All-Star game debut, which is tied for the most in All-Star game history.

The fact that this is the first All-Star game for the 2019 batting champ may come as a surprise to some. Earlier this week Frank Thomas made a compelling argument for why Tim Anderson got screwed out of an All-Star game appearance this year. He called the initial snub ” a big mistake” and that it was “bad for baseball”.

Anderson responded by going 4-for-4 his next game against the Twins. He even included a walk, an RBI, and a run scored. Anderson raised his batting average to .307 with that monster day at the plate.

Then his next game against the Orioles he recorded three hits, three runs scored, and drove in two. Sounds like an All-Star caliber player to me. Well, now it’s official.

While Anderson was chosen as a backup option it still should not take away from the season he is having. Heading into Saturday’s game Anderson owns a .312/.350/.429 slash line. Those look like All-Star numbers to me. He leads the White Sox in hits, batting average, and stolen bases.

Anderson has been on a tear of late. He is in the midst of a ten-game hitting streak and is batting over .341 in his last 30 games. When it was announced he was initially not going to be on the All-Star team, Anderson raised his level of play. He had a stretch of 12 plate appearances that resulted like this:

He got on base in 11 of 12 plate appearances! That is absurd production from the White Sox leadoff man. As a result, the White Sox scored a combined 18 runs over those two games.

The honor is not lost on Anderson. When he was introduced at a Zoom press conference as “All-Star shortstop Tim Anderson” he admitted that it “hit different”. When he was initially snubbed from the All-Star team he also said that he talked to Frank Thomas about the situation and said he appreciates him speaking out for him.

The White Sox now has four players representing the team in the All-Star game, Carlos Rodon, Lance Lynn, Liam Hendriks, and now Anderson. Carlos Rodon and Lance Lynn each have a case to start the All-Star game. Liam Hendriks has the opportunity to close it out at the end. But out of all these players, nobody better represents the South Side like Tim Anderson. He has been the vocal leader of the team and one of the faces of the league.