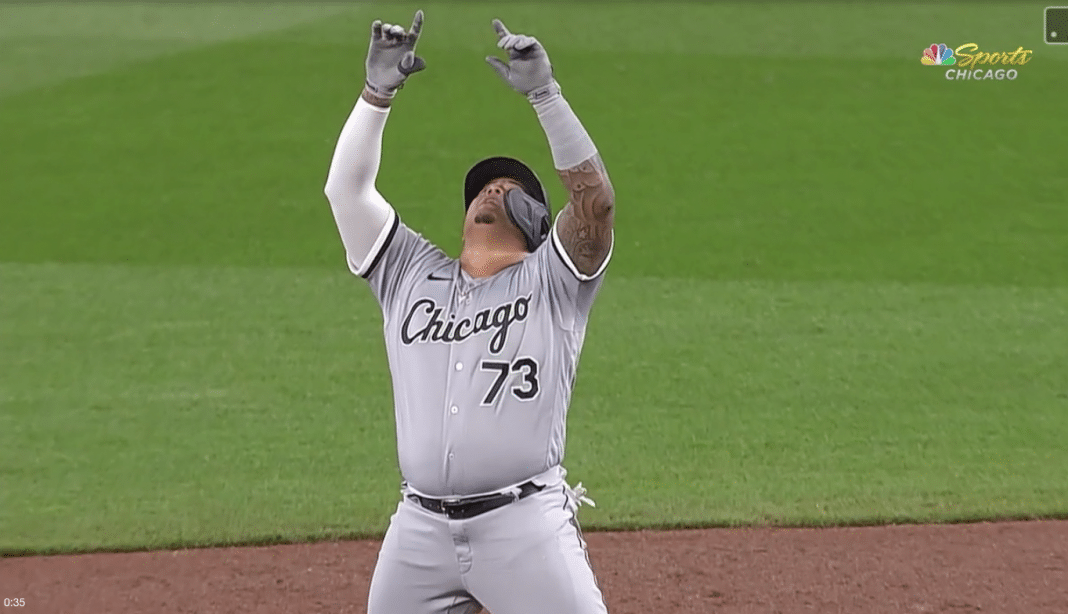 The White Sox are one of the best teams in baseball. With the trade deadline inching ever closer, you would think that the majority of conversations surrounding the team would have to do with how the team is going to upgrade its roster in the coming days. Instead, the baseball world was shocked when Yermin Mercedes announced his retirement over Instagram earlier this week. Not that it lasted very long. The “Yerminator” must have had a quick change of heart because the very next day he announced “I’m Back” taking a page out of Michael Jordan’s book.

No one can really say for sure at this point. Yermin essentially carried the Sox the first 2 months of the season, but once pitchers figured he couldn’t handle high velocity, he was completely outmatched.

Some (even national reporters) are convinced that Tony La Russa ruined Yermin after talking to him about the incident in which he swung on a 3-0 count against the Twins in a blow-out. Players have quickly dismissed this idea and have all said how the clubhouse is as tight as ever. Anyways, Yermin’s slide started to happen weeks before the 3-0 home run incident.

Another serious possibility is that it was mental health-related. It would make sense. To spend 10 years in the minor leagues, grinding to live out your dream, get there, dominate, become a fan favorite almost instantly, only to get figured out by opposing pitching and get sent down to AAA again. It would certainly be enough to get under anyone’s skin and rethink their career.

Whatever the reasoning was, it seems like it’s a thing of the past as he’s back with the Charlotte Knights. One person still isn’t happy with the way things went though…

White Sox fans know that Ozzie Guillen is not afraid to speak his mind. And this situation was no different.

Yea, I’d chalk that up as pretty harsh. Is it warranted though? To some people, it seems so. The retirement then unretirement could definitely be looked at as an attention-seeking stunt. It’s not like Yermin has been playing badly in Charlotte since his demotion. In fact, he’s been playing awesome, batting .311/.373/.672. So maybe he thought he wasn’t getting the recognition he deserved or felt like his numbers were good enough in Charlotte to get called back up to Chicago.

“you are not a prospect, I myself defended you for 2 months, but when i interviewed you i felt sorry for you. i have very good friends in the dominican republic and none of them gave me good references from you.”

Not exactly high praise from a legendary organizational figure.

For now, it seems like the drama has subsided. Everyone hoped that it really wasn’t anything too serious and that Yermin can get mentally back on track. He seems to be doing fine as he hit a towering home run in his first at-bat back from “retirement.” Tony La Russa said that Yermin “absolutely has a future in baseball.” Maybe they talked on the phone and were able to hash things out (if things even needed to be hashed out). Now, let’s win the series against Milwaukee, make a couple of trades, and get healthy for the stretch run.