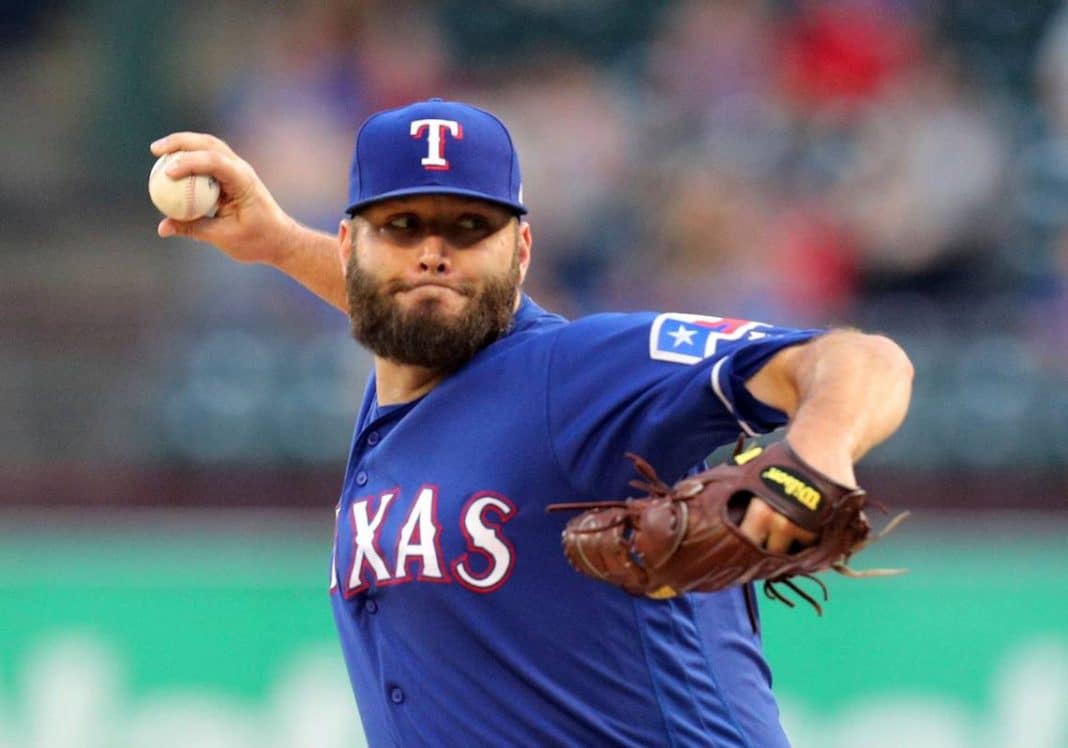 On October 1st the White Sox faced their first do or die elimination game in franchise history. Dane Dunning was given the ball with the season on the line. He was promptly pulled 15 pitches later. A bullpen meltdown ensued resulting in a 6-4 defeat at the hands of the Athletics. That game made it evident that adding starting pitching depth should be at the top of Rick Hahn’s to do list this offseason.

On Monday night ESPN’s Jeff Passan broke the news that Lance Lynn would be headed to the Southside in exchange for Dane Dunning. By acquiring Lance Lynn from the Rangers depth is no longer an issue. The White Sox now boast one of the deepest, scariest pitching rotations in baseball.

What Lynn Brings To The Table

Lance Lynn’s resume speaks it itself. The former all-star owns a respectably 3.57 ERA, 107 victories and a World Series ring. He has also finished in the top ten of the Cy Young voting the previous two seasons. Finishing 5th and 6th respectively.

According to Fan Graphs Lance Lynn ranks fifth in WAR over the course of the last two seasons. He trails only Jacob deGrom, Garrit Cole, Shane Beiber and Max Scherzer. That is some pretty good company. Whats more Lynn has struck out over ten batters (10.31) per nine innings and owns a 3.34 FIP.

Lynn will now join a starting rotation that already includes Lucas Giolito and Dallas Keuchel. The trio finished fifth, sixth and seventh in this year’s AL Cy Young vote.  Giolito has already established himself as one of the best pitchers in the American League. Dallas Keuchel is coming off a season in which he had a sub 2.00 ERA. The two pitchers have a combined Cy-Young award, World Series ring, multiple Gold Gloves, a no-hitter and multiple All-Star appearances. With Lynn as the third starter behind Lucas Giolito and Dallas Keuchel the White Sox likely do not lose to the Athletics in Game 3 last season. The White Sox are also getting another veteran leader who knows how to win. This can only help aid the development of the other promising young arms on the roster.

Impact On The Rotation

Lance Lynn provides the White Sox with another ace that can eat innings. With Lynn in the mix the White Sox now have three pitchers (Lucas Giolito, Dallas Keuchel and Lance Lynn) who can give them over 200 innings. This will take pressure off of the bullpen who became noticeably taxed near the end of last season. Lynn also makes it easier for Micheal Kopech to ease back into the rotation while simultaneously allowing Dylan Cease more time to develop.

The White Sox are in win now mode. But with three dependable starters at the top of the rotation the White Sox will not have to lean as heavily on Dylan Cease. With a new pitching coach in Ethan Katz and more support across the rotation Cease is in position to have a breakout year. Katz’s fingerprints were all over Lucas Giolito’s transformation into a premier arm and he has already expressed enthusiasm for getting to work with Cease. Cease has the ability to make a similar jump. Keep in mind he has only pitched in 26 Major League games.

With less pressure on Cease and Kopech they are in the perfect environment to flourish. So to recap that is three all-stars headlining the top of the rotation and two young arms who have the ability to throw over 100 mph rounding out the bottom of it. That is a rotation that has a high floor and an even higher ceiling.

If the White Sox opt not to go with Kopech for the fifth spot that leaves the door open for Reynaldo Lopez or the flame throwing left-hander Garrett Crochet to occupy the final spot. Regardless of who the White Sox decide to go with Lynn buys the White Sox time to be patient with their young pitchers and still make an aggressive run at the title.

For the Sox fans worrying about not being able to sign a big name free agent, don’t fret. Lynn is only owed 8 million dollars this year. That is a bargain for a pitcher of his caliber and it allows the White Sox the flexibility to add another impact player at a position of need. Perhaps a Liam Hendricks or Micheal Brantley.

Did the White Sox give up too much?

Right-hander Dane Dunning is going back to the Texas Rangers in the Lance Lynn deal, sources tell ESPN.

Dane Dunning was a promising young arm. He had a 3.97 ERA during his rookie campaign and looked like the type of guy that could be an impactful contributor in the near future. Unfortunately there is only so much room in the rotation and the White Sox have Dylan Cease, Micheal Kopech and Jimmy Lambert who also have bright futures. With layers of good players already, Dunning is a luxury Rick Hahn could afford to give up. The other player involved in the trade was left-hander Avery Weems. Weems is 23 years old and was the White Sox’s sixth-round pick out of the University of Arizona in 2019.

The White Sox are in win now mode and Lynn represents an upgrade. Dunning’s arm looked fatigued near the end of last season. With the White Sox already having to monitor the innings of Micheal Kopech next year, having another pitcher on a innings restriction would not be ideal. Lance Lynn is a workhorse who led the major leagues in innings pitched last season. He also faced more batters than any other American League pitcher in 2019 and 2020. This is something Dane Dunning cannot bring to the table.

Lynn also allows manager Tony La Russa to utilize the bullpen the way he wants to. La Russa is credited with revolutionizing the way bullpens are used. With Lynn eating innings all of his relievers will be fully rested. This gives him flexibility late in games to line up the relievers how he pleases.

The bottom line is that Lance Lynn represents the missing piece to a rotation that was lacking depth. His presence slingshots the White Sox into a World Series caliber team. Rick Hahn still has more work to be done. But as the roster stands they are easily favorites to dominate the AL Central and make some serious noise in the postseason.