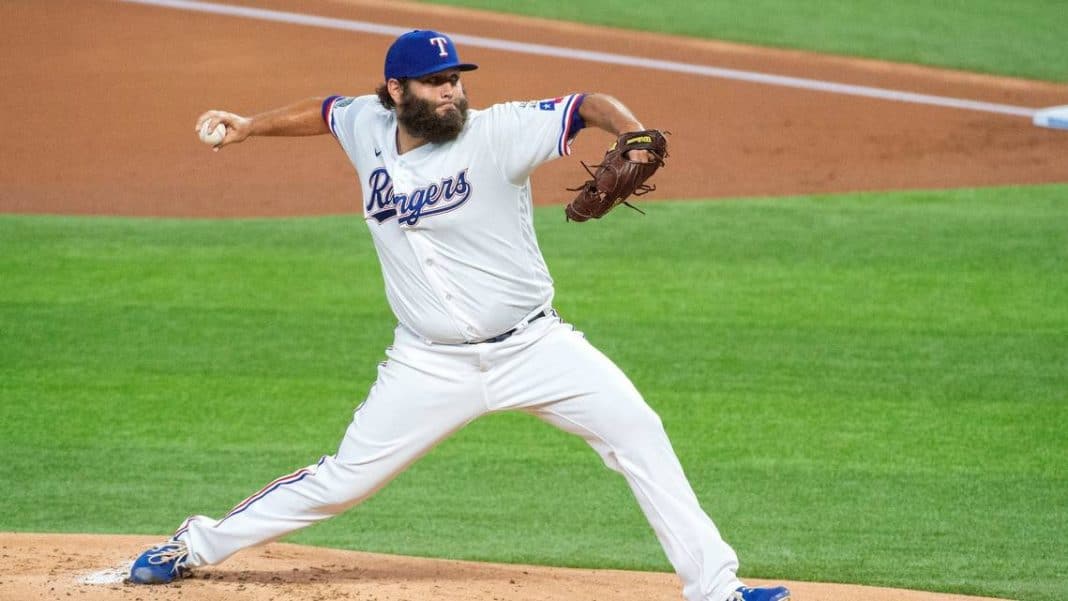 Well, we finally have our first big White Sox trade of the off-season. They will be bringing in Lance Lynn in exchange for Dane Dunning according to Jeff Passan.

White Sox have been looking for a starting pitcher, and they are landing arguably the best on the trade market. They also had been discussing a Sonny Gray deal with the Reds but pivoted toward Lynn and finished it with Rangers for Dane Dunning and a prospect, sources tell ESPN.

Lynn was a name that many people were talking about at the trade deadline this past August. In the end, Texas was asking for too much for him so the Sox and every other interested team passed on him.

Now that he’s only a 1-year rental, Texas probably was asking for less, so it made sense to bring in Lynn now. Dunning could be a very solid mid-rotation arm down the road, but Lynn is proven and has had a very consistently good career.

What The Deal Means

It means that the Sox are indeed going for it now. Lynn gives them a rock-solid number 3 in the rotation behind Lucas Giolito and Dallas Keuchel. He has a career 3.57 ERA and a 3.62 FIP. He also posted a 6.8 fWAR as recently as 2019.

More Deals On The Horizon?

Lance Lynn is only owed 8M for 2020, so it’s not like it adds a ton to the team payroll. They could still go out and get a big-name free agent like George Springer. Will they though? That remains to be seen. As far as trades go though, I feel like they might be done. At least with the bigger names. They don’t want to completely decimate the farm system in one off-season.

Now that the team finally has a reliable number 3, there is some breathing room to figure out the back end. Dylan Cease and Michael Kopech are the obvious choices to fill the last two spots. To have two guys with ceilings as high as theirs as the team’s 4th and 5th starters speaks volumes. If Ethan Katz can fix some things with one or both of them, then this rotation is suddenly extremely dangerous. However, the team might want to slowly ease Kopech back into the rotation, with him not having thrown a pitch in a regular-season game since 2018. They could start Reynaldo Lopez as the 5th starter until Kopech is ready to fully take over in the rotation full time. Or they could sign a back-end guy like Jose Quintana. What we know for sure is that the 1-4 will be Giolito-Keuchel-Lynn-Cease. With this offense set to score a lot of runs, that’ll play.

Could They Still Target Pitching?

Yes, but it’s not as important now. It would be wild to see them make a push for Trevor Bauer, but there are only so many spots in the rotation and the Sox still value Cease and Kopech. I think their main focus now will switch to fixing the hole in right-field or adding a bullpen piece. Once they do those two things, then they’ll really be cooking with gas.

Oh, and Michael Kopech is back throwing and reportedly looks very good.

Add in the fact that Andrew Vaughn and Garrett Crochet will both be on the team at some point this year, and suddenly the White Sox are starting to look like a contender for the American League Pennant.

It sucks to see Dane Dunning go, but baseball is a business and he should have himself a very nice career in Texas. However, the time is now for the White Sox. Hopefully, we see more moves come to fruition in the near future.