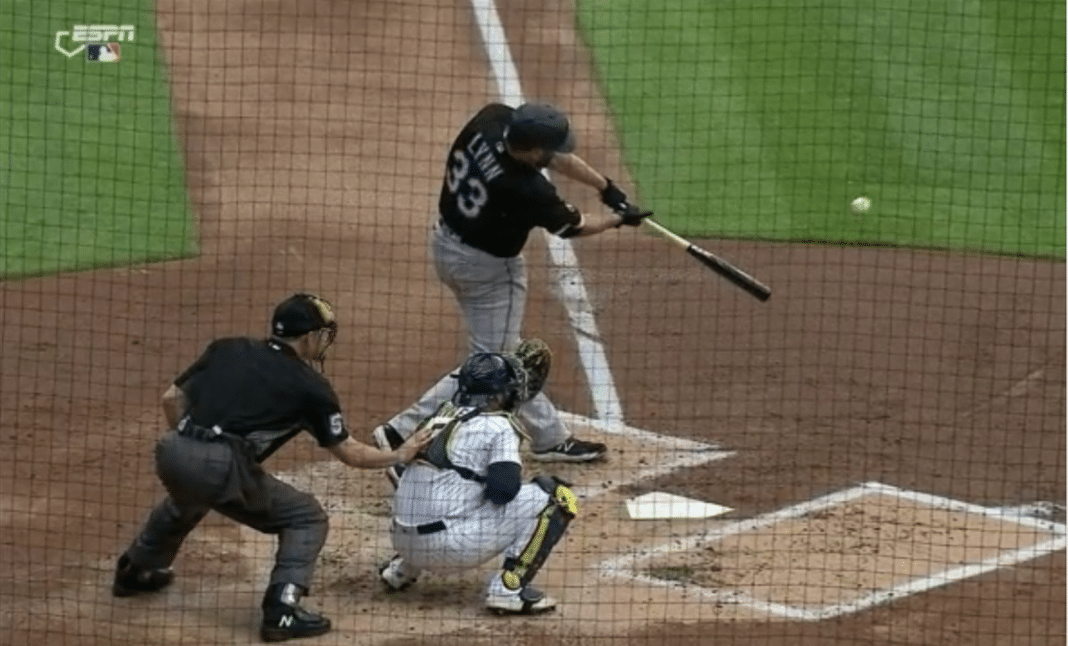 When Lance Lynn looked at the schedule and saw the Milwaukee Brewers he was not looking forward to his return to the batter’s box. Playing in a National League park for the first time in nearly four years, Lynn was tasked with stepping up to the plate against Brandon Woodruff. A nasty pitcher with a 2.14 ERA.

“I am ready for the universal DH whenever that comes,” Lynn told Chuck Garfein on the White Sox Talk Podcast before the series. “I spent seven years in the national league and that was plenty.” He also added, “It is fun for fans to see pitchers hit and drive in runs but when you haven’t swung a bat in over two years in a professional game or even taken batting practice it’s not the most appealing thing.”

So on national television in a critical moment of a game between two first-place teams who should come to the plate? None other than Lance Lynn. The White Sox bats had been struggling all weekend. With two outs and runners on second and third Lance Lynn had an opportunity to provide the White Sox some much-needed offense.

He took two healthy hacks and quickly fell behind 0-2. Woodruff then tried to sneak a 97 mph fastball inside by Lynn hit a flair to right field which allowed Leury Garcia and Seby Zavala to scamper home. Lance Lynn’s RBI single extended the White Sox lead to 3-0.

His comments before the series were almost a self-fulfilling prophecy. It was fun for the fans to watch him drive in runs. The thousands of White Sox fans in attendance were thrilled. It turns out that those three runs would be the only run support Lynn got all evening.

The ace of the White Sox rotation did the job he was meant to do on the hill tossing six quality innings. He limited the Brewers to one run on six hits. Lynn has been great for the White Sox all year but on the big stage Sunday night he seemed to take it to another level. In the first inning, he struck out the side. It was a sign of things to come as Lynn would strike out six and walk none.

During his final inning, he had a runner on first and second with his pitch count climbing. But he got Jace Peterson to ground out harmlessly to second base.

“He had a great comment that I hadn’t heard before,” White Sox manager Tony La Russa said. “He said, ‘It’s got to be a good day when you drive in more than you give up.”

The anxious moments did not end when Lynn departed, however. The White Sox bullpen was tasked with recording the last nine out. Micheal Kopech entered the game in the seventh inning. After giving up a rocket that was caught by Brian Goodwin he allowed a double and a walk before settling down and escaping the jam. Tony La Russa left Kopech in the game to hit but when he walked the leadoff batter in the eighth inning he went to his closer for the six-out save.

Hendriks showed why he is one of the best closers in baseball. He notched two strikeouts and ended the inning with ease. In the ninth, he worked around a leadoff single to earn his 24th save of the season. The victory improved Lance Lynn’s record to 10-3 and lowered his ERA to 1.44 in four July starts.