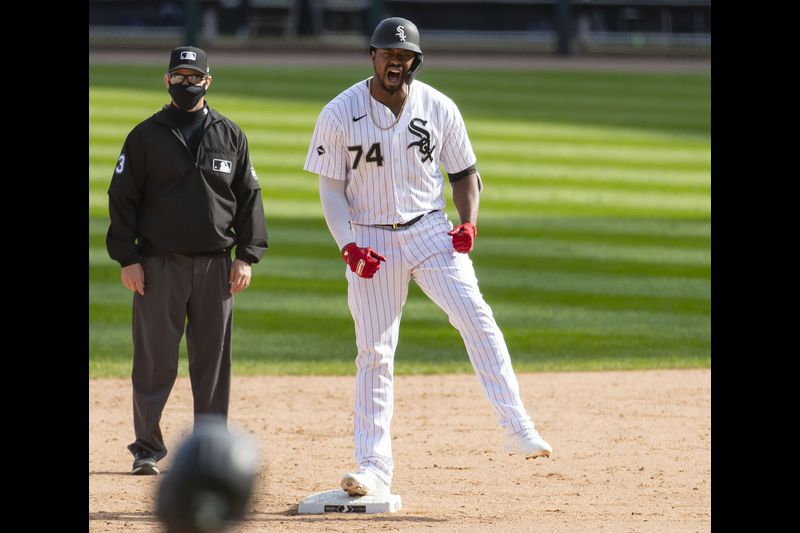 At long last, White Sox slugger Eloy Jimenez is joining the team. According to Tony La Russa, Eloy will meet the team in Kansas City for the start of Monday’s series and will be in the lineup.

Tony La Russa expects Eloy Jiménez to be in Kansas City tomorrow, and expects to put him in the lineup.

It means that the White Sox are about to get much better and even deeper. Eloy is probably the most dangerous bat in the entire lineup when you combine his power and hitting ability. Andrew Vaughn has been one of the team’s hottest hitters as of late, so it would be hard to take him out of the lineup. He’s earned his spot in left field. Now, Eloy will play some left field this season, but he will provide almost all of his value from the bat.

When Yasmani Grandal comes back, he will probably have to DH some just because catching after tearing your knee can’t really feel all that comfortable. It will be instances like those when Eloy will have to play in the outfield.

The White Sox have been bitten HARD by the injury bug this year. Nick Madrigal, Eloy, Grandal, and Luis Robert have all missed large chunks of the season. Aside from Madrigal, the White Sox should be fully healthy by September, or maybe even mid-August. The White Sox still absolutely need to trade for a second baseman, but getting Eloy back is a great start. Luis Robert recently started his rehab stint at High-A Winston-Salem, and rehab periods are given a maximum of 20 days. So we should be seeing Luis back with the Sox in roughly 2 weeks.

Back to Eloy, it wouldn’t surprise many people if he rolled out of bed and hit .280 and mashed 12-15 home runs in 2 months. Many were picking him before the season to be the home run king in 2021. His light-tower power surely makes that a believable argument. If there has been one thing lacking from this White Sox team, it’s been power. Eloy will bring that in droves. One of the things I’m most excited for though is his ability to protect Jose Abreu.

Last year we saw Eloy bat cleanup behind Abreu for essentially the entire season. Pitchers know that Eloy has the most power out of anyone in the lineup, so they would have to try and throw Abreu strikes to avoid Eloy. And when Jose got pitches to hit in the zone, he mashed his way to an MVP award. Eloy batting behind Abreu makes the job that much easier for Jose. Can’t wait to see the 2 of them hitting back to back again.

With Eloy coming back into the fold, someone is going to be seeing less playing time. It probably won’t be Vaughn, since he’s been so locked in at the plate. Brian Goodwin, Gavin Sheets, Billy Hamilton, and Adam Engel will all probably see some of their playing time diminished, however. That will be even more evident when Luis comes back in a couple of weeks to play center. For now, a lineup could look like this:

Not bad for now. Keep getting healthier, make some trades, and go on a damn run.