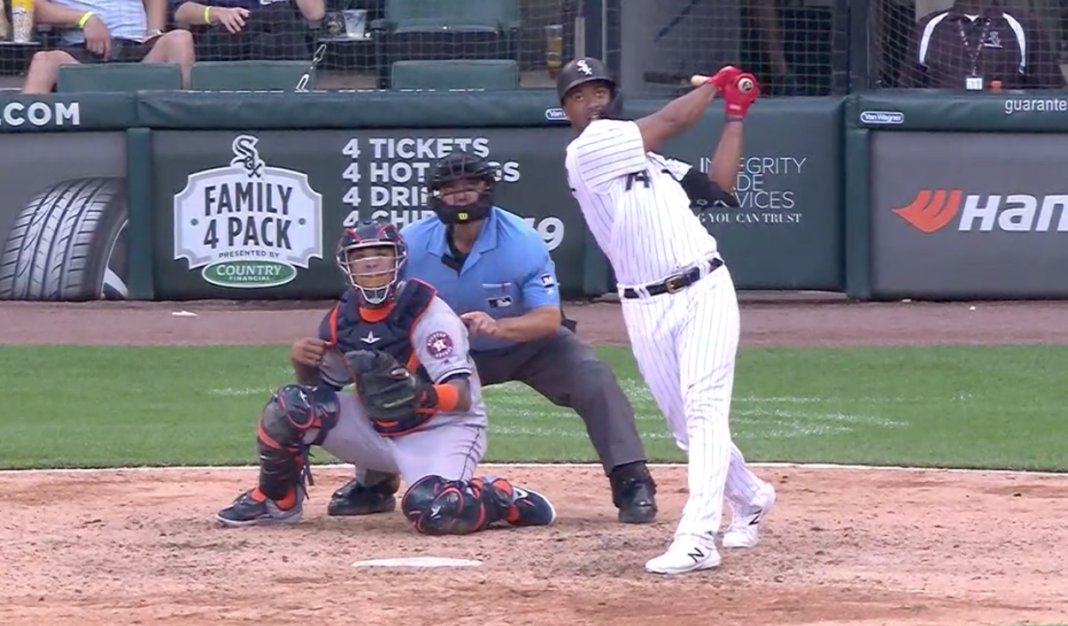 The White Sox are one of the best teams in all of baseball despite losing three starters from their lineup. Luis Robert went down in May and Nick Madrigal just went down with a torn hamstring. But arguably the most dangerous bat in the lineup, Eloy Jimenez, went down in Spring Training and hasn’t seen regular-season play at all in 2021.

That could change quicker than some may have expected, and the source is none other than Eloy himself. 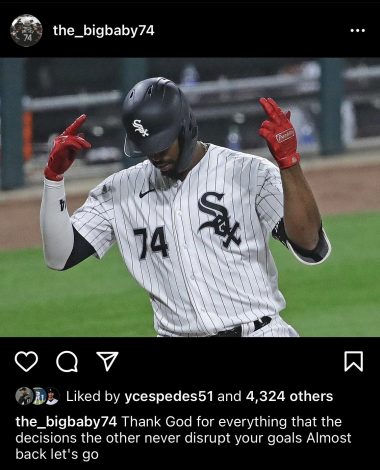 This is certainly great news for the organization and its fans. Any time you can add a 4 WAR caliber player into the lineup you’re certain to be a better team. After many thought initially that Eloy would miss the year, this is shocking in every way. The Sox are already at the 40 win mark. You can argue they’d have 44+ with a healthy Eloy. So what does this all mean for the White Sox moving forward?

The White Sox offense has been really good this year even without Eloy, but no one would argue that it has been the starting pitching that has carried them to a 5.5 game division lead on June 14th. When you insert Eloy into the lineup, you’re adding someone many thought would challenge for the home run title this year. The White Sox are currently 22nd in the MLB in home runs and are only ahead of the Kansas City Royals in the American League. Adding a power threat like Eloy would catapult the White Sox offense into another dimension.

Many won’t want to hear it, but when Eloy comes back, he’s going to have to play left-field. Adam Engel will handle center and Andrew Vaughn will presumably shift to right after showing he is much more athletic than people realized. He also has a very good arm. Yermin Mercedes simply has to remain at DH. Hopefully, this most recent injury was a wake-up call to Eloy and he just plays it safe in the field.

The good news is that this would let the front office focus on 2nd base and relief pitching at the trade deadline. Adam Frazier of the Pittsburg Pirates makes the most sense at 2nd base. He leads the league in hits, can also play the outfield if needed, and would be a great insurance policy for Madrigal, who very well could miss the rest of the year depending on if he needs surgery or not. While Frazier would be a perfect fit, he would also be expensive seeing as he’s most likely going to be an All-Star and won’t hit free agency until 2023. However, trading for a guy like Frazier is something that needs to happen. Especially when you consider the fact that Michael Kopech will be back soon, and Luis Robert is expected to return at some point as well.

A Lineup That Can Win It All

We already know the starting pitching is an absolute force. Once Kopech comes back, the bullpen will be that much scarier. It comes down to the lineup. Let’s say we get bad news and Madrigal is done for the year. Then Rick Hahn goes and gets Adam Frazier, and by September both Robert and Eloy have returned. A lineup could look like this:

This is a lineup that can bang with any team in baseball. The sooner Eloy comes back, the sooner this vision can start to become a reality.