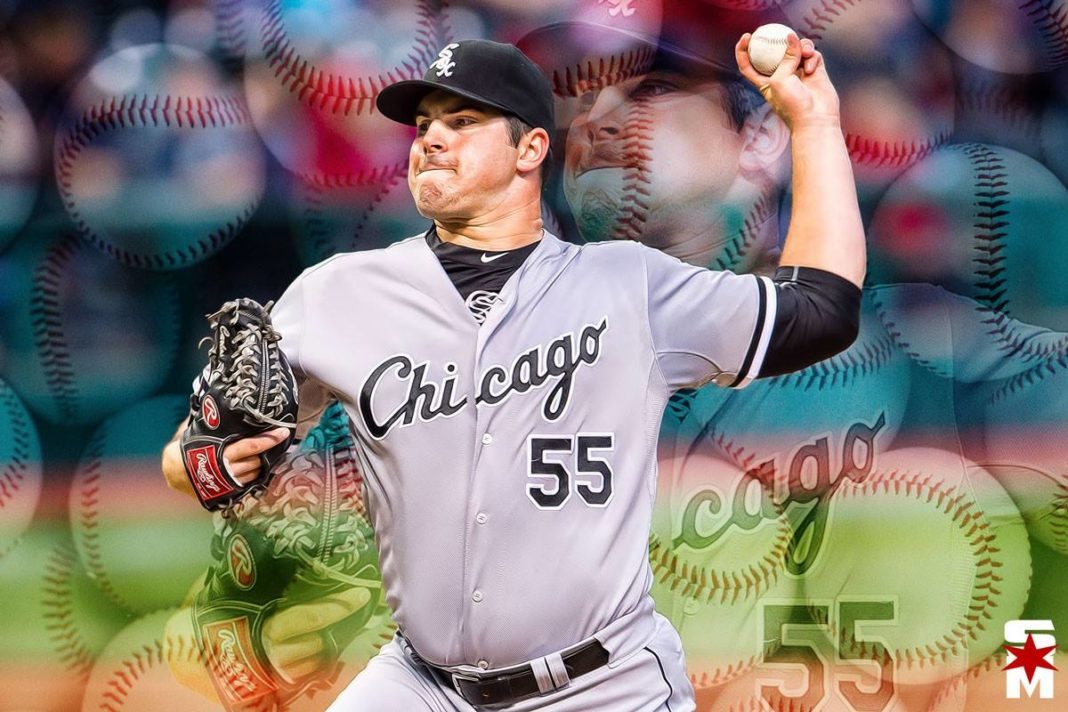 At the end of the 2020 season, many White Sox fans believed they had seen the last of pitcher Carlos Rodon as he exited during game three of the team’s playoff series against the Oakland A’s. In the playoff appearance against the A’s, Rodon failed to record a single out, walking two batters and allowing two runs in a 6-4 loss. Rodon made his 2021 debut for the team in Seattle and turned in his best start since April of 2019, something that promises significant hope for the team’s 2021 campaign.

First time in #WhiteSox history they have had multiple pitchers with 5 strikeouts & no runs allowed in a game.

Rodon’s Debut Surprised Many Given His Recent Struggles

Following a disappointing opening series in Anaheim, the White Sox needed a positive performance from their starting pitcher. In their four-game series with the Angeles, White Sox starting pitchers had failed to pitch into the sixth inning. Manager Tony La Russa’s bullpen had been used extensively during the four games and was in dire need of a good start from Rodon.

Rodon enters his second season as the team’s fifth starter as his first start of 2020 was the complete opposite of Monday’s start. Against the Cleveland Indians back on July 28th last season, the left-handed starter pitcher three and two-thirds innings allowing five runs on four hits while walking three. In Monday’s start against the Mariners, Rodon struck out nine over five innings and didn’t allow a run. What was most impressive about the victory on Monday night was the command of both his fastball and slider. Rodon’s fastball was consistently above 95 mph, and his slider had the sharp break again, which resulted in him being drafted third overall by the White Sox in the 2014 MLB Draft.

Carlos Rodón left the game with left shoulder soreness. He will be re-evaluated tomorrow.

Although Rodon has shown immense promise and potential during his career, significant injuries have derailed his success. Since 2017, the 28-year-old pitcher has only had one season in which he made 20 or more starts in a season. Following a terrific stretch in 2018 where he recorded five quality starts within seven starts, Rodon’s 2019 season was cut short after one month as he required Tommy John Surgery. The COVID-shorten season allowed him to return in late July, but he still battled shoulder soreness for a large portion of the 2020 season.

Carlos Rodón successfully underwent Tommy John surgery on Wednesday. He is expected to return during the second half of the 2020 season.

If Rodon can stay healthy throughout the 2021 season and provide similar performances like Monday’s start, the White Sox outlook will change drastically. The former first-rounder was supposed to be the team’s fifth starter until pitcher Michael Kopech had built up his strength to start again. Now, if Rodon can stay healthy and be effective, the team can leave both Kopech and potentially left-hander Garrett Crochet in the bullpen for the entire season. Rodon could keep the White Sox from having to look elsewhere for a potential fifth starter.

Although it appeared that Rodon had thrown his last pitch with the team last year, it was even more shocking that the team chose to re-sign him in the offseason. Many White Sox fans already felt that the left-hander was unreliable due to his lengthy injury history and questioned that, even if healthy if he could be impactful again. Monday’s start demonstrates that Rodon still can be an effective starter if healthy.

Heading into Monday’s game against the Mariners, the White Sox needed a feel-good win and start that would allow them to rest their bullpen. Rodon did just that, overcoming moments that had hurt him in prior years as he fought through a high pitch count in the first inning and escaped a 4th inning jam. La Russa was able to give his bullpen a rest as Kopech and Jose Ruiz combined for four innings of relief, allowing no runs. The White Sox best pitcher in Lucas Giolito pitches on Tuesday night, but it was Rodon who may have turned in the performance of the series already.