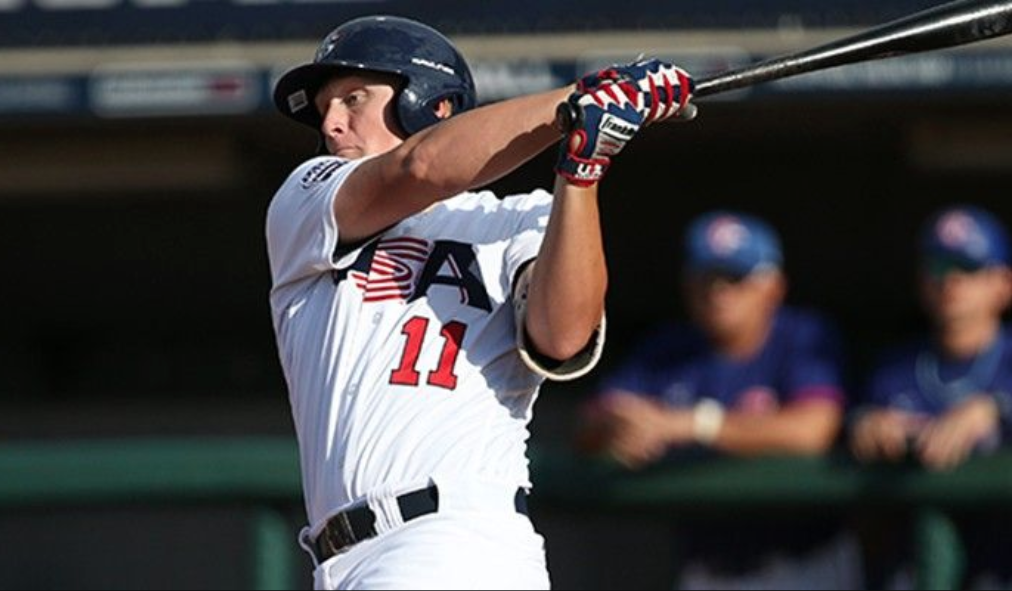 With a 0-1 count Kohei Arihara tried to sneak a inside fastball past Andrew Vaughn. Big mistake. Vaughn threw his hands at it and launched it over the left field fence. On the surface this would be impressive for a player who hasn’t played above the single A level. Nobody on the White Sox was surprised.

“I called that homer,” the ace of the White Sox proudly said after Tuesday afternoons game. “Before he even stepped in the box, I said ‘Vaughnie’s going deep.’ And then he did”.

Andrew Vaughn has been the talk of camp thus far. He only has 55 minor league games to his name yet he already looks like a professional hitter. People that know Vaughn inside the White Sox organization have been giving him rave reviews.

Lucas Giolito has been among Vaughn’s biggest supporters since last season. During 2020 summer camp he called Vaughn a “pain in my ass” to get out. That is a major compliment from a pitcher of Giolito’s caliber. This year he appeared on NBC Sports Chicago’s White Sox Talk Podcast and called Vaughn “the full package”.

He even went out of his way to give Vaughn an endorsement as the opening day designated hitter.

“He’s really, really impressed me, impressed the organization, for sure. He’s a professional hitter. I know he hasn’t played above High A, but he’s big league ready. … I’m all for Andrew to just keep doing his thing, and he’ll be helping our club.”

The most respected man in the clubhouse is Jose Abreu. Vaughn is lined up to be Jose Abreu’s replacement in a couple of years. That didn’t stop the 2020 MVP from giving Vaughn his stamp of approval.

Abreu knows what it takes to succeed in the major leagues. All he has done since coming to the big leagues in 2014 is produce. His voice carries a ton of weight in the clubhouse. He even talked about taking Vaughn under his wing and show him the ropes. With Vaughn’s raw talent and Abreu’s tutelage, we could be looking at a force in the heart of the order for years to come.

The praise has not been limited to players. Coaches have also chimed in. Manger Tony La Russa’s been around the block a couple of times. His baseball opinions command respect. He has worked with some great hitters over the course of his Hall of Fame career. He believes Vaughn could add his name to that list.

“First of all, if it’s in a cage or he’s taking live batting practice– and I’m sure it would be the same in a game– he doesn’t ever step in there where he’s not ready to do damage. He’s got that hitters attitude. Second, he has no fear. And third, he works left center, right center, which is what high average hitters do, produce a lot of RBI’s a lot of home runs, they start a lot of rallies. In other words, what I’m saying is, very impressive.”

Hitting coach Frank Menechino belies Vaughn still has some work to do but offered a similar sentiment.

“He has no fear, he has his own approach, he knows what works. And it’s just going to be getting reps up here. And I don’t doubt he’ll be able to make adjustments.”

Will We See Vaughn On Opening Day?

With the compliments piling up it seems obvious to pencil in Vaughn as the team’s DH. Ultimately the decision is Rick Hahn’s to make. The White Sox general manager said Vaughn was in the mix to make the 2021 roster before Spring Training started.

What complicated the situation is Vaughn’s lack of experience. He has only made 245 professional plate appearances. The White Sox have made it clear it is World Series or bust. Throwing Vaughn into the lineup and expecting him to be a major contributor is a tough task for a 22 year old kid.

Vaughn entered the organization with lofty expectations. The 2018 Golden Spikes Award winner was drafted by the White Sox with the third overall pick. He was the best hitter in college baseball. He hit .374 with 50 home runs and 163 RBIs in college. Those numbers are more than enough to turn some heads. But major league baseball is a whole different animal. Will Vaughn be up to the task?

If the early returns are any indication then the answer to that question is yes.