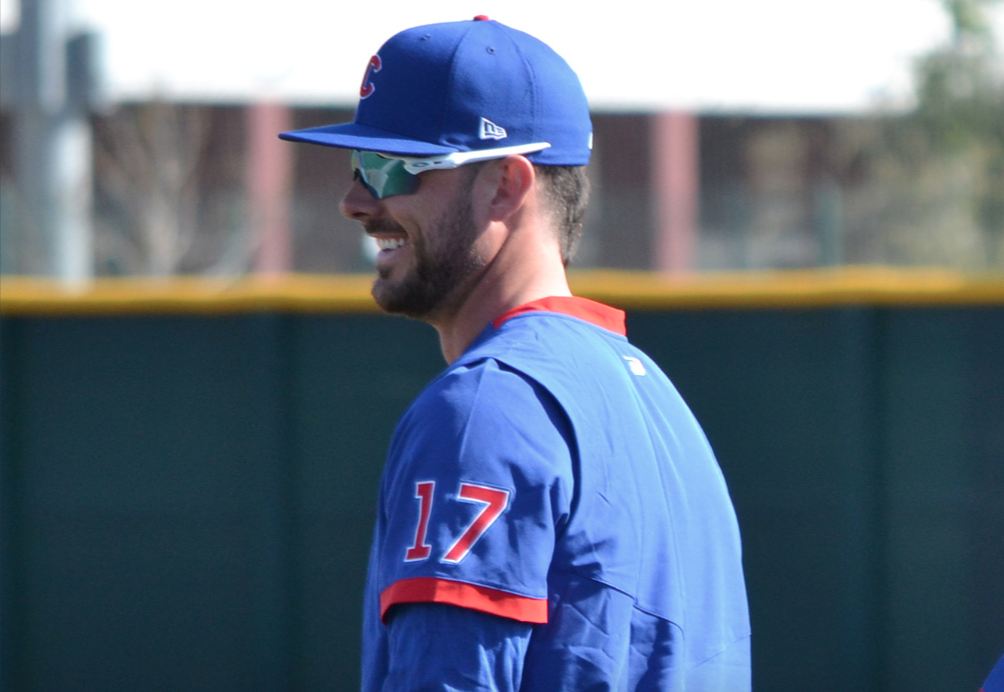 White Sox fans collectively held their breath when Luis Robert fell to the ground in a heap on Sunday afternoon after beating out an infield single. They held their breath once again when Rick Hahn began his press conference the following day. The news was devastating. Robert has a complete tear of his right hip flexor and will miss three to four months. This was the worst case scenario for a team that is now missing three of its top four outfielders.

Adam Engel suffered a hamstring injury in Spring Training and has yet to return. Eloy Jimenez will be out until September with a ruptured pectoral tendon. Jimenez and Robert are two huge pieces on what was suppose to be a World Series roster. Eloy Jimenez is a Sliver Slugger winner who has the most powerful bat on the roster. Robert is a five tool Gold Glove winner who was starting to heat up at the plate. That type of pop in the lineup is hard to replicate.

As of right now the White Sox will need to use a patchwork outfield that consist of Andrew Vaughn and Jake Lamb, both of whom are not true outfielders, and Leury Garcia and Billy Hamilton. That is a motley crew of outfielders who leave a lot to be desired. Andrew Vaughn is the most talent of the group and will likely take over in left field. Leury Garcia and Billy Hamilton are both very good role players but they leave a lot to be desired at the plate. If the White Sox want to remain contenders in 2021 they need to make a move. They can either make a substantial outfield acquisition or wave the white flag on the season.

This trade will involve a hefty price tag. All the fans that want to slap together a deal with Jonathan Stiever and a couple other minor leaguers are kidding themselves. This deal will require major league talent and cost the White Sox future assets.  Bryant is playing at an MVP level this season. He is currently hitting .323 with nine home runs and 22 RBIs. We have already seen what he can do on a contending team when he is swinging a hot bat. Bryant is a three time All-Star, who won the MVP in 2016 when the Cubs won the World Series.

If the White Sox were to give up a haul to get him it would have to be because they believe he is the missing piece that will put them over the top. It will likely cost them someone like Garrett Crochet (who the Cubs were reportedly interested in drafting), Dylan Cease or Andrew Vaughn. The move would be similar to how the Cubs traded Gleyber Torres in part of a package for Aroldis Chapman. Looking back at the deal now it is hard to swallow watching Torres tear it up with the Yankees, but in the end the deal was worth it because the Cubs won the World Series.

Having Bryant in the same lineup as Jose Abreu would be fun to watch. Two former MVP’s in the middle of the lineup is a handful for any pitcher. Bryant would likely occupy right field and Adam Eaton would have to slide over to center field until Adam Engel returns. But Bryant would provide the White Sox with a rare combination of versatility and power at the plate.

Starling Marte at this point of his career is 32 year, slightly less talent version of Luis Robert. He is a former All-Star and two time Gold Glove winner. He would be able to adequately make up for Robert’s defense in center field. He is also hitting the ball really well. He is hitting .316 on the year with a .420 OBP. For his career he is hitting a respectable .287. He also has multiple seasons of 20 plus home runs. In Guaranteed Rate Field some of that power could return.

He is on the last year of his deal with the Miami Marlins so they would probably be open to dealing him. However he is on the 10 day DL which is a minor setback. Another problem is, like every team in the league, the Marlins know that the White Sox are desperate so they hold all the leverage in this trade.

Charlie Blackmon would be an battle tested veteran that would be able to help the White Sox. He carries an impressive resume that includes four All-Star game appearances, two Silver Slugger Awards, and a batting title. He has had five seasons where he has ended the year with a batting average north of .300. He also has two seasons with 30 plus home runs.  In 2017 he finished fifth in the MVP voting.

On the defensive side he is currently leading the NL in outfield assist. He is in the midst of a down year. He is currently slashing  .198/.323/.309. These are by far the worst numbers of his career. Part of this can be attributed to the lack of lineup protection around him. The Rockies traded away Nolan Arenado and are in the midst of a fire sale. They are trying to gut the roster to cut cost and Blackmon has a terrible contract so they would love to move him.They White Sox would have to eat a bad deal but Blackmon could help out the White Sox outfield depth.

If the White Sox do not want to give up any prospects they could add a free agent such as Yasiel Puig or Yoenis Césdepedes.

Before spring training even started there were rumors that the White Sox were linked to Yoenis Céspedes. When the White Sox acquired the younger half-brother of Yoenis, Yoelqui Céspedes, back in January those rumors only gained traction. However Césdepedes has yet to find an MLB home.

He could be a good fit for the White Sox considering his power. He has hit 30 plus home runs twice during his career and has 165 total during his eight-year career. Mix that with a launch pad of a ballpark at Guaranteed Rate Field and some lineup protection and Céspedes could thrive.  He is also a two-time All-Star, Silver Slugger award winner, and Gold Glove award winner.

There are some red flags. He has been plagued by injures over the past couple of seasons and had a strange ending to his Mets tenure. He went missing and the team could not get in touch with him. Then after playing eight games in the 2020 season he opted out.

Yasiel Puig is another option for the White Sox that would be cheap. There is a reason he is cheap. He is currently playing in Mexico and has a reputation of being a locker room cancer.    But Puig is worth a look because he is a former All-Star. He has a cannon of an arm and some defensive gems to his name. His bat also has some pop. Last season he hit .297 in 49 games. He has hit 20 plus homers in four of the past five seasons. For his career, he has a respectable slash line of .277/.475/.348.

If he does not work out it would not harm the White Sox too much because he would be on a minor league contract.