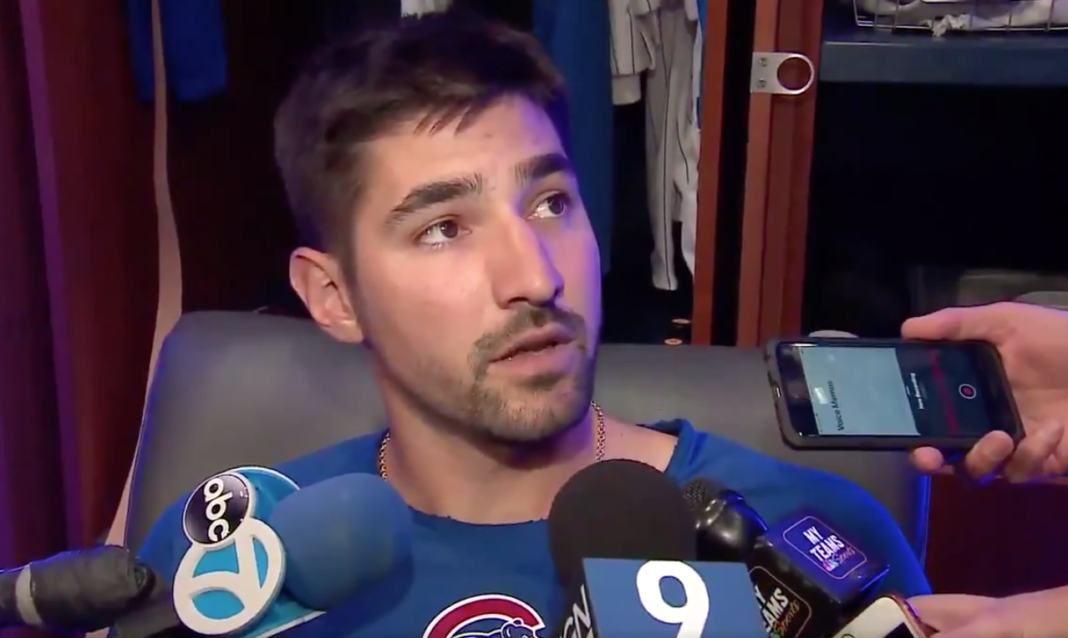 This is peak free agency because we all know most of this stuff doesn’t mean shit, but we love to talk about it every day. Agents use reporters to spread their message and teams use other reporters to spread whatever they want to the public. And right now someone is definitely lying about Nick Castellanos and the Rangers.

So, during the past two weeks reports have pointed to the Rangers emerging as a finalist to sign Castellanos. Most recently, MLB.com’s Jon Morosi reported on Monday that Castellanos met with the Rangers and felt great about them. Jon Heyman also said this week that the Rangers are the most likely destination for Castellanos.

On Tuesday, a new report came out in the Fort Worth Star-Telegram, saying that the Rangers do have some interest in Castellanos, but a source from the team said the Morosi report was false.

A club official rebuked a Money report that the Rangers met with free-agent outfielder Nick Castellanos and are a finalist to sign him. According to the official, the Rangers have not met with him, have not made him an offer and are not going to move Joey Gallo from right field to first base to accommodate Castellanos.

I mean, maybe the Rangers are lying, but c’mon, this screams of Scott Boras trying to inflate the market for his client. “Oh, not getting good enough offers, let’s say this team is being aggressive and that we love them to draw some other offers.”

If that’s the case, then Castellanos’ market hasn’t developed this offseason as he’d liked. Kind of obvious, as most of the top free agents have already signed. This just gives the Cubs exactly what they need if they really do want to re-sign Castellanos and that’s time.

As long as Castellanos doesn’t sign, the Cubs can figure out how to shed payroll or do whatever possible to find a fit for the right-handed hitter on their team, as their top priority for 2020 seems to be to stay under the luxury tax. But it’s kind of obvious that Castellanos still hasn’t found a big deal from other teams and we know that he’d prefer to stay with the Cubs.

Soooooooo, we wait. The more time that passes the better the chance the Cubs figure out how to get Castellanos back.