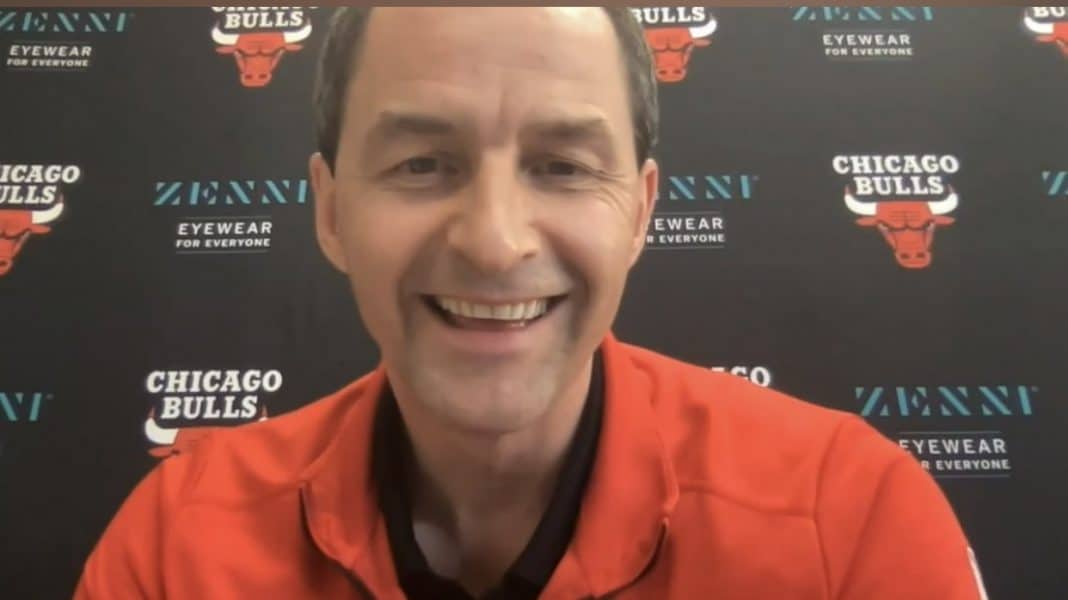 The playoffs officially begin in the NBA starting tomorrow. With just one play-in game left to play, we will finally get some “official” playoff action. Unfortunately for us Bulls fans, our team isn’t participating. The Bulls are already in offseason mode however there will be quite a bit of time before we see any sort of changes made for this team. At a minimum, we won’t see any free agency news until August of this year.

The following key dates have been announced: pic.twitter.com/pKUJ7ETW3c

That’s just scratching the surface of what the Bulls will be doing this offseason. Many decisions will need to be made this offseason which will determine the trajectory of this team moving forward. Before we get into the key dates we can take a look at where the Bulls currently stand financially.

Breaking down the Bulls roster moves

The Bulls have quite a few decisions to make with their current roster. There are a lot of pieces there that will take up quite a bit of cap space. Some of these players are great role players the Bulls would like to keep. Others, not so much. However, the Bulls are in a position where they most likely can’t keep all of those players and also land a big free agent. Stephen Noh, formerly of The Athletic, created an easy chart to go through the Bull’s potential options this offseason. What it boils down to is do the Bulls want to operate as an above-the-cap or a cap space team?

Salary cap rules are boring and difficult to understand. Fortunately, I simplified them for you all as they pertain to the Bulls.

Check out the flow chart below to see what they can do, and read what I would do here: https://t.co/4c6mKMnTnj pic.twitter.com/ZCmzzOc7qs

If you go through that chart there are positives and negatives to both scenarios. If the Bulls want to act as an above-the-cap team they would essentially bring back all the free agents they deem worth keeping. That’s most likely center Daniel Theis, Forward Thaddeus Young, guard Tomas Satoransky, guard Garrett Temple, and potentially more. The issue then becomes they can only bring in a free agent at the $9m exception which means they won’t be bringing in any major free agents. There would be a possibility for a sign & trade with forward Lauri Markkanen but that’s the most they could do to bring in a big name. Better depth but less “star power”.

If the Bulls want to act as a cap space team they would part ways with the group mentioned above. They would basically find themselves with much less depth but they would be able to go after a big-name free agent. They also would be able to bring in a couple of small exception free agents. With this route, the Bulls would have much less depth on their bench due to the nature of having to spend less on role players. However, this does allow them to swing for the fences at a free agent. The Bulls front office has a pretty big decision to make here and they should have some time to make that decision.

I can’t really associate a date with this one but if you look at previous offseasons you typically see trades occurring during the month of July. A lot of them get agreed upon in late June and then are officially executed in July. So some time in the month of July into August expect to see some offseason trades.

While the Bulls don’t have a first-round pick currently they will have a pick in the second. The Bulls front office is crafty and could try and find their way back into the first round. Still, an important date for this team as this could be their opportunity to move some pieces they don’t see fitting with the team.

While free agents can’t officially be signed until August 6th everyone knows that this is when the deals are agreed to. By the time the 6th roles around all of the major free agents have already agreed to sign a deal somewhere. When we hit August 2nd we will get a much better picture of what free agents are coming to the windy city.

This date is important for many reasons but also depends on what the Bulls do in the draft. We already know forward Patrick Williams will be participating but this will give us a good look at a new rookie along with some players that didn’t see the court much this season.

A lot left to be decided

There’s still so much time left before we actually see pieces start moving for the Bulls. We will hear plenty of rumors in that time frame but until we get to August 2nd we won’t actually know who’s going where. The Bulls may be looking to trade players or dump the majority of their vets. Keep an eye out as we go through another Bulls offseason after missing the playoffs. One thing is for sure the Bulls front office is ready to improve and make Chicago good at basketball again.