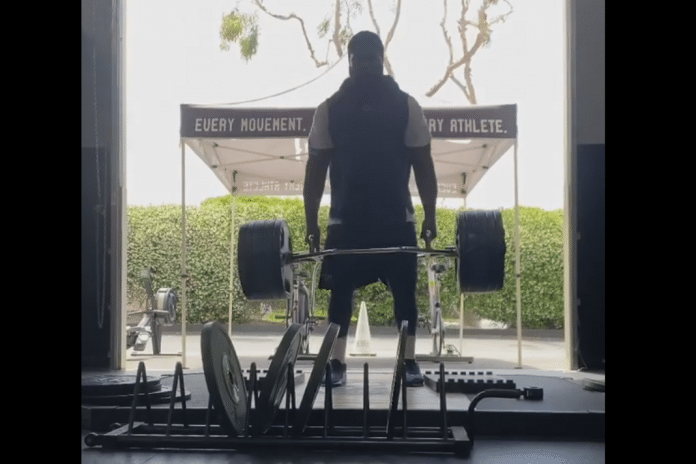 Nothing has proven more baffling to Chicago Bears fans this offseason than the curious case of Eddie Goldman. They understood what happened in 2020. The pandemic was in full swing. Goldman had a history of health issues that made him a risk. Opting out made sense from his perspective. Once 2021 rolled around and vaccinations became available, expectations were he’d be back.

Then something strange happened. Organized Teams Activities began in June. No Goldman sighting. Then mandatory minicamps began. Again, no Goldman sighting. When head coach Matt Nagy made it clear the nose tackle’s absence was not excused, that immediately led to all sorts of speculation. Why was Goldman staying away? There were plenty of theories. He might be considering another opt out due to COVID-19 fears. Some even thought he simply arrived out of shape.

Could he even be planning to retire?

Nagy and teammate Danny Trevathan both seemed optimistic that Goldman would be ready for training camp. Yet his silence has continued to make Bears fans nervous. The addition of veteran defensive linemen Mike Pennel this past week didn’t help matters. Thankfully, some evidence surfaced to at least ease some of those fears. Two weeks ago, athletic performance center Activ8 posted a video on Instagram. It shows Goldman putting in work on the weights. He appears to be in shape and wearing Bears gear.

As far as this video goes, the questions of his conditioning appear unfounded. So do the lingering fears of him retiring. It doesn’t offer any answers on why he skipped minicamps. Perhaps it is a simple explanation. He didn’t want to practice in the heat and was willing to pay the minor fines for not showing up. Goldman would be far from the first veteran to ever do that.

That is not to say he’s doing it on purpose. The 27-year old has always been known for being a bit of a recluse. His own teammates don’t hear him speak too often. Just a soft-spoken guy who is really good at what he does. The problem is when he does something like he’s doing right now in this age of social media? It will inevitably lead to imaginations running wild. Fans get antsy and that anxiousness soon turns to anger.

Right now nothing has changed. Expectations are Eddie Goldman will be present at Halas Hall on July 31st when training camp begins. His return figures to be a boon for the Bears’ defense. Their ability to stop the run was a constant issue in 2020. He should be able to help fix that. Combined with new arrivals Pennel and Khyiris Tonga?

That defensive front looks much deeper than a year ago.

Even better is Goldman should be completely healthy and rested. That year off will give him fresh legs for a grueling schedule to come. One that will feature 17 regular season games. Given the array of strong running games they’ll face right out of the gate? His return couldn’t have come at a better time. That is unless he drops another unwelcome bomb.