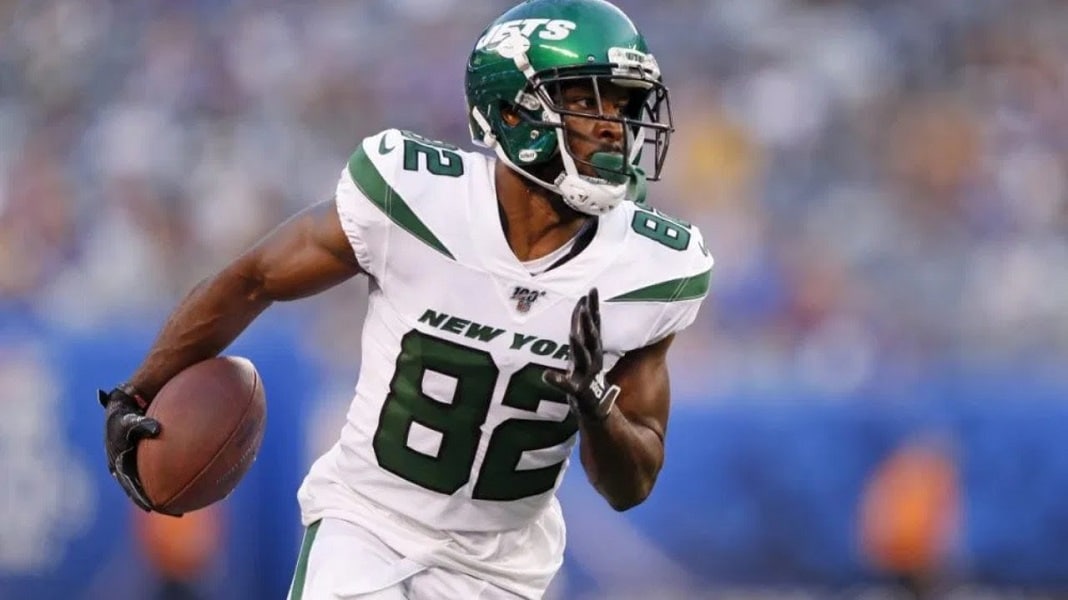 The Chicago Bears seem comfortable with their current roster heading into the summer. GM Ryan Pace did everything he could to improve on what they had last year. Especially on the offensive side. They signed Andy Dalton and drafted Justin Fields to bolster the quarterback position. Teven Jenkins and Larry Borom arrived to help the offensive line. Yet the one group that remains a bit of a mystery is wide receiver.

Allen Robinson is a stud and the rock of the group. Beyond him though? It gets a bit murky. Darnell Mooney had a strong first season in 2020, breaking the team record for receptions by a rookie. He has a ton of promise but has a lot still to prove. Anthony Miller was almost traded the past few months. Then there are the arrivals of Marquise Goodwin and Damiere Byrd. Two undersized speedsters with one standout season each to their names. Dazz Newsome was a 6th round pick in April but has already broken his collarbone.

So yeah. A group with potential but not much of a proven track record.

That is probably why Pace tried to sign Kenny Golladay back in March. He was hoping to get the offense two dependable weapons for his quarterbacks. Sadly the Giants had more money to spend. However, the opportunities might not be over yet. The other New York team could give the Bears a window to still improve. This presuming an ongoing contract standoff goes where Jets insider Rich Cimini feels it might.

“A year ago, the Jets’ wide-receiver situation was so dire that they opened the season with Chris Hogan in the starting lineup — the same Hogan who is now playing professional lacrosse. The position has improved to the point where — this might sound crazy — leading wide receiver Jamison Crowder is expendable…

…Crowder’s future is uncertain. The Jets want him back, according to coach Robert Saleh, but they’re trying to get him to take at least a 50% pay cut on his $10 million salary (non-guaranteed). He skipped the voluntary OTAs because of the contract squabble. This week’s minicamp is mandatory. Saleh said he expects Crowder to attend, but he didn’t sound certain.”

Crowder has quietly been one of the best slot receivers in the NFL for the past couple of years. This despite dealing with constant quarterback problems in New York. He has 1,532 yards and 12 touchdowns over the past two seasons with the Jets. However, after the team spent considerably to upgrade the position this offseason, they’re hoping the veteran takes a pay cut. Something Crowder doesn’t seem inclined to do. Normally in such situations, the players end up being released.

Chicago Bears would look much better with Crowder

All due respect to Miller, Byrd, and Newsome but he’s proven to be a much more reliable receiver in his career. Somebody who isn’t a rollercoaster from one week to the next. He is good for a couple of first downs every week. Anytime you need a tough catch over the middle, he’s the one to look for. If they were looking for somebody who can take pressure off Robinson and Mooney on the outside? Crowder is the guy.

It comes down to him being released and the Chicago Bears brass being able to sell him on their vision for the team. They obviously don’t have a ton of money to offer but might be able to make something work. Getting to play alongside Robinson would certainly be alluring. Not to mention a chance to see if Justin Fields is the real thing. It comes down to who else might get in on that action.

Either way, Pace should be prepared to try.

Receivers of his caliber don’t usually become available this time of year. The Bears would instantly be a better team with him in the fold. Matt Nagy wants to throw the football. If he’s still not sold on Miller or somebody else in the slot? Then this move would be a no-brainer.