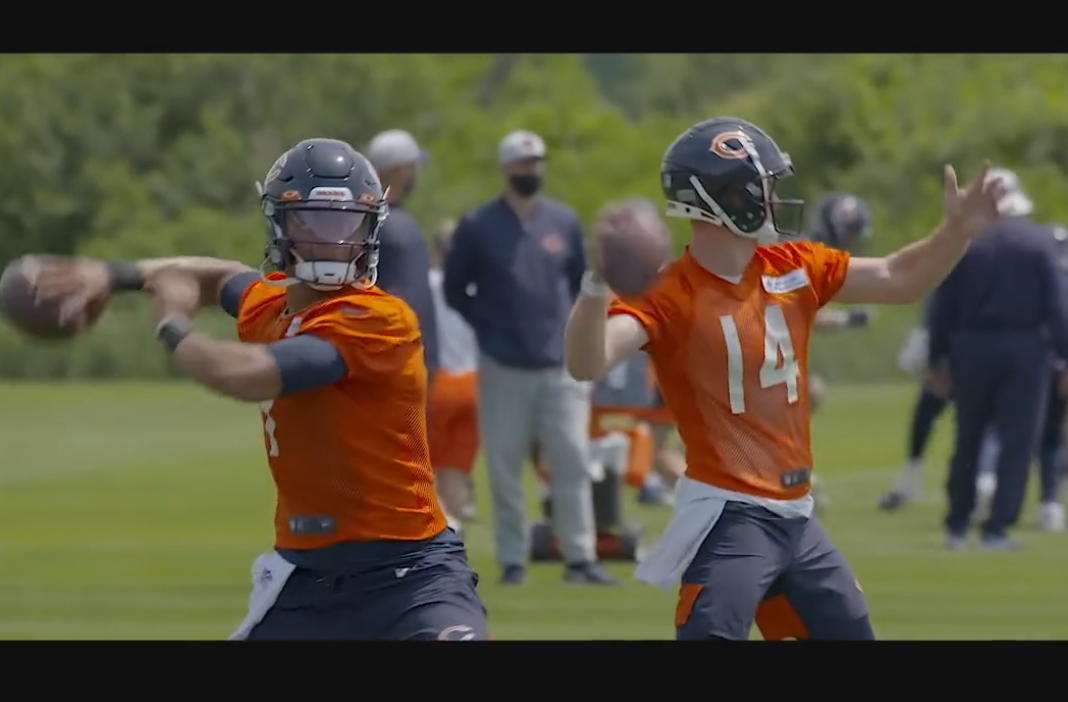 A lot of people have heard Matt Nagy speak on the subject multiple times already. His stance has not changed since April. Yes, Justin Fields is the future of the Chicago Bears. That is why they traded up to get him. However, Andy Dalton will be the starter in 2021 until further notice. He’s experienced and more than serviceable as a starter. Nagy feels this team is good enough to win with him. Thus buying the rookie time to sit back and learn from the sideline.

It isn’t a terrible plan. Teams have successfully executed it in the past. Patrick Mahomes is the most obvious example, sitting behind Alex Smith in 2017. Aaron Rodgers did it for years behind Brett Favre. Carson Palmer did it behind Jon Kitna. Teams just don’t do it a lot these days because coaching staffs tend to feel they don’t have time to waste. The sooner they figure out if the kid can play, the better.

Nagy wants to do this the right way, at least in his mind.

A lot of people aren’t buying it though. Plenty of time remains between now and the start of the regular season. Fans and experts alike have come out and said there will be a point where a mixture of Fields’ play in practice and outside pressure will compel the head coach to shift gears. He will start the rookie from the outset. Week 1 in Los Angeles.

Could this happen? Sure. However, Louis Riddick doesn’t think it will. The former Philadelphia Eagles executive and close friend of Nagy’s made it pretty clear on Get Up ESPN the coach has good reasons not to bow under the pressure.

Matt Nagy has his eyes squarely on the big picture

The primary argument many have for starting Fields immediately is the belief Nagy and GM Ryan Pace are on the hot seat. After a disappointing finish to last season, going from 5-1 to 8-8, the pressure must be on for them to win convincingly in 2021. Is this really the case though? When examining how the Bears have approached the offseason, it hasn’t had the feel of a team that is gearing up for an all-or-nothing push for the playoffs.

They willingly parted ways with Kyle Fuller and didn’t make any aggressive moves in free agency. Then for good measure, they gave up a sizable package to the New York Giants in order to move up for Fields. Would Bears ownership have allowed something like that to happen if Matt Nagy was in as much danger as many believe? It feels unlikely. This has the look of an organization that is taking the long view. In order to ensure that, they have to make Fields a success.

If that means sitting him until they’re sure he’s ready? So be it.

Nagy understands people want to see Fields. Many think he is ready to play right now. Maybe he is. Nagy just isn’t willing to take that chance. If Dalton can buy them some extra time? The coach is going to take it. He’s convinced it will be for the best. Not just for Fields but the entire franchise.