PICS: The Lebron James Hair Transplant Experiment Has Been A Disaster

Has Lebron James had a hair transplant? I guess it depends on who you ask. The four-time MVP has serious hair line problems, and things have been getting worse. It’s been a topic of discussion for years now, but some people think The King has already taken matters into his own hands.

Take a look at this picture from March. It’s pretty clear #23 has a lot of missing hair follicles, makes you wonder why he isn’t the spokesperson for Rogaine yet?

The original rumors about the Lebron James hair transplant started at the All-Star Game in 2013, check out this picture of his forehead. (I mean sixhead)

Later in the year, James did an interview with CNN, not too long after the All-Star Game, and things were different. Miraculously, it seemed like Lebron’s hair, all of a sudden, wasn’t running away from his face.

That’s when the hair transplant rumors started to roll in. Apparently there are many scalp concealers out there, and Lebron is supposedly using a few of them. He would never admit this or endorse a product though. 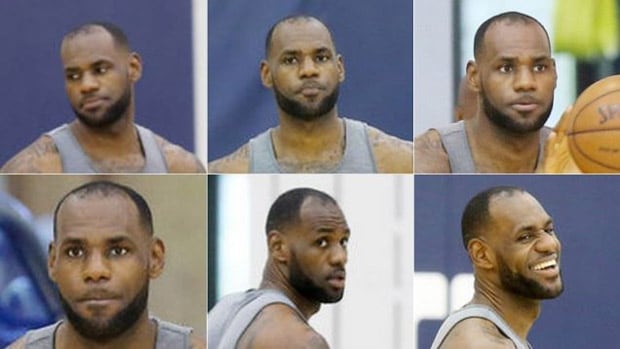 The question is, why not? It could be an instant revenue opportunity for him.

It’s probably because tons of memes like this would continue to pop up all over the Internet.

It’s like, one second he has hair and the next he doesn’t. POOF! It’s just gone.

Apparently, money can’t buy you everything.

If he wins it all, he'll be the next pitchman for Hair Club for Men!#jaymohrsports

NASCAR Is Coming To The Streets Of Chicago

For months rumors have been swirling about a NASCAR street course race in Chicago. It looks like those rumors...

The Sports Illustrated Swimsuit 2022 magazine has been released, and the cover models are FIRE. Kim Kardashian and Ciara,...

Apparently Aaron Rodgers Managed To Choke At Getting Married Too

Chicago Bears fans are predisposed to hate their owners, so it's pretty easy for them to relish whenever Aaron...

The Tampa Bay Buccaneers probably knew they were signing a time bomb when they brought Antonio Brown aboard in...

Chicago basketball is currently at an all-time high which is something that we haven't been able to say for...

It's been 22 years since championship basketball has been played in Chicago. The city hasn't seen basketball glory since...

Each year there is always a question about who will grace the cover of the next sports game. Whether...

With a six-stroke lead heading into the final day at the Memorial Tournament this past weekend, Jon Rahm looked...