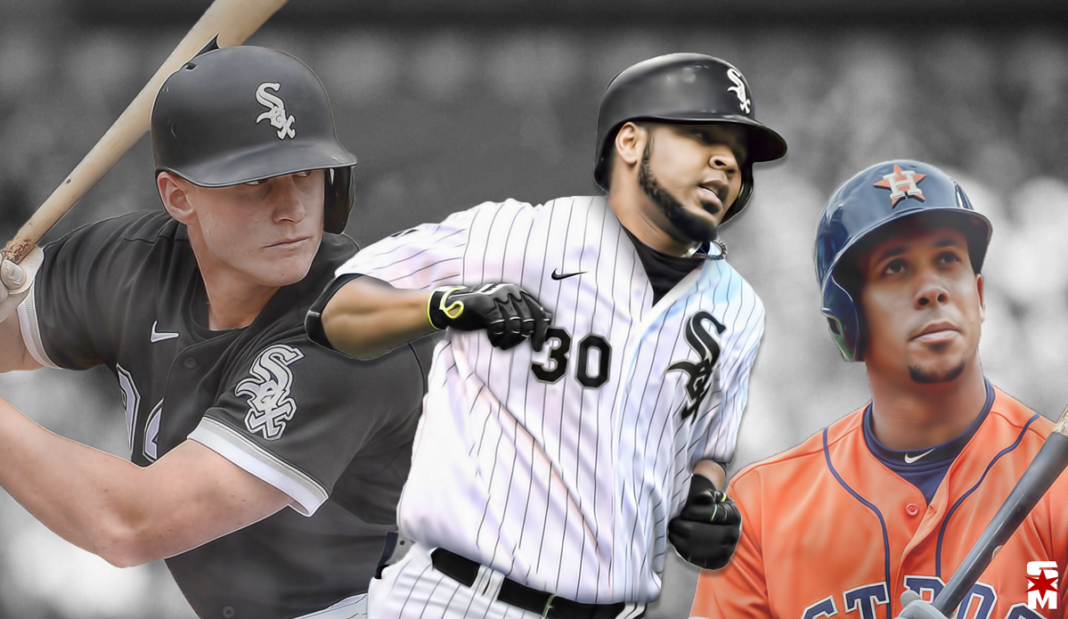 The world was a much different place the Christmas night of yesteryear.  Earth was not in the midst of a global, pandemic; California wasn’t on fire; murder hornets had yet to arrive in the United States; and White Sox fans were giddy after Rick Hahn gifted them with a solution at designated hitter. Flash forward nearly ten months and the White Sox are searching for another solution at DH.

The White Sox had the worst numbers from the DH position in the American League in 2019. During the offseason Rick Hahn brought in Edwin Encarnacion to put an end to those woes. Encarnacion brought nine consecutive seasons of at least 30 home runs, to the middle of the White Sox lineup. He looked like he would put an end to the ineptitude at the designated hitter position.

How 'bout this for a Christmas present?

Instead the designated hitter numbers got worse in 2020. In a shortened season Encarnacion did hit 10 home runs. But that is where the positives end. Encarnacion had an abysmal .157 average (the lowest of his career) and only drove in 19 runs. He failed to put the ball in play, striking out a whooping 54 times over the course of 181 plate appearances. Nearly 30 percent of his at bats ended with a strikeout.  His production did not match the 4th and 5th spot he occupied in the lineup.

Despite the lack of production from a crucial spot in the middle of the lineup, the White Sox still managed to produce runs. They ranked first in the American League in homeruns and slugging percentage,while cracking the top five in batting average, RBI’s, runs scored, OBP,OPS, and hits. The White Sox are likely to decline the second year option of Encarnacion’s contract. If the White Sox can bolster the DH position, they can turn an already good offense into an elite one.

The most attractive option inside the organization is Andrew Vaughn. The White Sox selected Vaughn with the third pickin the 2019 MLB draft. Coming into the draft he was considered one of the best pure hitters in the nation. He launched 50 home runs during his three year stint at Cal. He took home the Golden Spikes Award his final season as college baseball’s best player.

Vaughn has a great approach at the plate. His initial numbers as a professional don’t jump off the page but he only struck out 15.5% of the while walking 12.2% of the time. That is an encouraging sign for the White Sox.

He impressed during Summer Camp with the White Sox. The ace of the staff, Lucas Gioloto even described Vaugh as “a pain in my ass”.

Vaughn is not a great defensive player, which won’t matter because Jose Abreu currently occupies first base, so sliding into the primary DH role would suit him well. The two would also be able to swap positions when Jose needs a day off of his feet but the Sox still want his bat in the lineup.

However Vaughn is still only 22 years old and has not played in a minor league game in over a year. It would be alot for the White Sox to ask him to make the jump to the majors and expect immediate production.

While he is expected to make his major league debut in 2021, Rick Hahn is here to curb your enthusiasm.

“The only reason I would give any hesitation to saying similar projections on him like I did with Robert or Madrigal is just the absence of a minor league season this year,”

“I think if Andrew had a daily competition outside we’re able to do in Schaumburg, it would have been evident to everyone that he was ready for next year, if not sooner. That was just sort of a mild casualty of the pandemic.”

Besides a platoon of Vaughn and Abreu at DH the other internal option isn’t nearly as attractive. Zach Collins would next in line to fill the role of DH. During his limited major league time, Collins owns a .167 batting average, with only 3 home runs and 12 RBI’s. He has yet to materialize into the hitter the White Sox envisioned out of college. Collins will receive little to no consideration for the new job opening.

If the White Sox don’t feel that Vaughn is ready to start the 2021 season they will need to search the free agent market. This is not as easy as it sounds.

The free agent market will be wildly unpredictable during the middle of a pandemic. A pandemic that wreaked havoc on the league financially during the 2020 season. Singing big name free agents will likely mean waiting to see how the market plays out. Here are the realistic options for the White Sox.

Michael Brantley stands out as a perfect fit for the White Sox. The 34 year old wants to play for a winning team and the White Sox check off that box. Brantley would provide a much needed left handed bat to the White Sox lineup along with postseason experience. That is something Rick Hahn values as seen by the additions he made last offseason.

Brantley has also been a professional hitter throughout his career. The four time all-star has a career average of .297, has driven in 640 runs and hit 114 home runs. He would be able to give the White Sox games in left field, if the injury prone Eloy Jimenez misses time and can DH until they decide to call Vaugh up. Another plus is that Brantley is no stranger to the AL Central, spending 12 years with the Cleveland Indians.

Spoke with Astros TV analyst Geoff Blum about A.J. Hinch, and the conversation turned into how the White Sox can get Hinch, George Springer and Michael Brantley.

Because that’s how this brain works.

Bringing back James McCann would be another option for the Southsiders. Re-signing McCann would keep the best catching tandem in baseball intact. It would also give the White Sox plenty of options at DH, with the flexibility to rotate McCann, Yasmani Grandal and Jose Abreu in the position. The problem with McCann is that he plays a position that is a highly valued position in free agency. The White Sox are unlikely to spend big money on a backup catcher after they dished out the largest free agent contract in franchise history to Yasmani Grandal.

Rick Hahn has a long to do list this offseason. Filling the hole at DH, should be near the top of it. 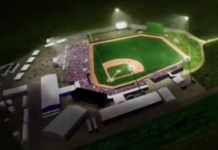 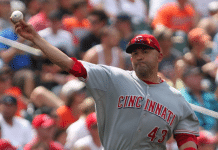 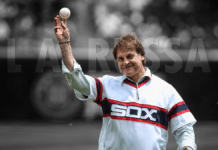 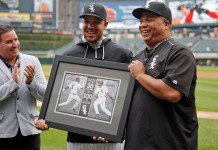