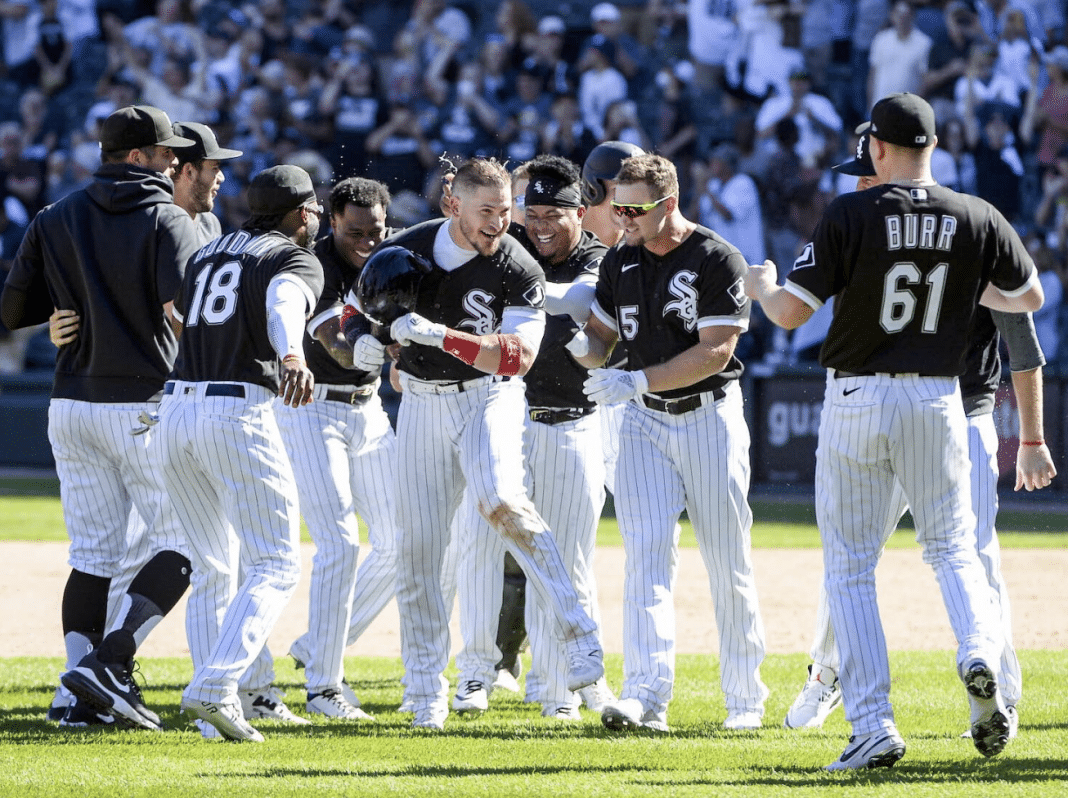 When the ball off of Yasmani Grandal’s bat hit the right-field wall, in the tenth inning of Wednesday afternoon’s game, the Chicago White Sox claimed the title of the best record in baseball. The White Sox 8-7 walk-off victory over the Tampa Bay Rays secured a series victory over the former American League Champions.

The White Sox proved that they can beat a fellow World Series contender despite missing Eloy Jimenez, Luis Robert, Nick Madrigal, Micheal Kopech, Billy Hamilton, and Yoan Moncada. A signature series win, that had a playoff-type is a big deal, especially considering all the injuries the shorthanded White Sox had to overcome. Just don’t tell the White Sox that.

The highly anticipated series began with one of the best pitching matchups of the season between Lance Lynn and Tyler Glasnow. The two best teams in the American League clashed in a hard-fought game that found the White Sox on the losing end. After the game, Lance Lynn emphasized what this series means to the White Sox.

“Yeah, it’s June,” the husky right-hander said with a chuckle. “No one gives a shit.”

Two victories later and the sentiment remained the same.

“It doesn’t say anything,” Wednesday’s walk-off hero Yasmani Grandal said after the victory. “The best team in baseball is the one that stands alone at the end of the season. And it’s still a long season. We’ve just got to keep on playing.”

It has been the next-man-up all season, with people across the organization contributing. Wednesday’s victory was a perfect example. The stars shined. The White Sox ace Lucas Giolito threw a quality start, the former AL MVP, Jose Abreu, hit a two-run homer, Tim Anderson knocked out two hits, and the highest-paid player on the team, Yasmani Grandal, had the game-winning hit.

But it was the unsung heroes who also made their presence felt. Rookie, Andrew Vaughn, had a three-hit game. Backup catcher Zack Collins had two hits and a pair of RBIs. Jake Lamb had an RBI single. Ryan Burr was thrown into the fire in extra innings and didn’t allow a run. Leury Garcia and Danny Mendick continued their monster series by each contributing a hit, with Garcia scoring a run for the third consecutive game. The newest member of the team, Brian Goodwin, scored a run as well.

“This one here will be a keeper because of the contributions of the guys who had to play,” manager Tony La Russa said. “That’s special stuff and it was up and down the lineup.”

It has been a different person each game and Wednesday served as a coronation of how deep the White Sox organization is.

“It’s not a 25-or-26-man roster. It’s a 40-man roster,” Grandal said. “It takes all of us to be able to make it where we want to go and reach our goals. You watch all the good teams, they all have guys who are coming off the bench and helping them win, and they’re doing their job. If we keep it going, we’re going to see a lot of success.”

The White Sox may have the best record in baseball, but don’t tell them that. They have higher aspirations. Injuries haven’t been able to derail this train and, neither will complacency.