[icon name=icon-star] BEST – Golden State Warriors head coach, Steve Kerr, will bring his first place team to the United Center to face off with the Chicago Bulls on Saturday. It will mark the first time Kerr coaches against his old team which he won three championships as a sharp-shooting guard. What you might not have known about Kerr is the sad story about his father, Dr. Malcolm Kerr.

A Life Devoted To Teaching

Dr. Malcolm Kerr was a professor who spent the bulk of his life teaching about the Middle-East and the Arab world. He spent his life traveling back and forth from the United States and Lebanon, where his parents taught at the American University of Beirut, and where he would later teach and become president. 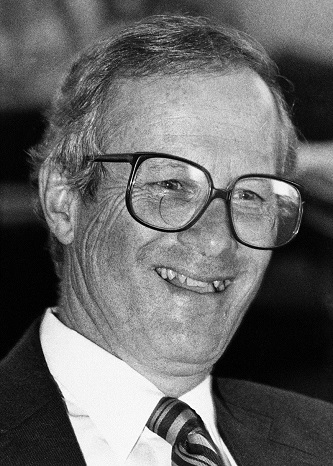 Dr. Kerr spent most of his life at some the most prestigious schools in the world. He received his undergrad from Princeton University, his doctorate from John Hopkins University, and then returned to the American University of Beirut for three years to teach. He then completed his post-doctorate work at Oxford University. For the better part of his career, Dr. Kerr spent the next 20 years of his life honing his craft at UCLA. Not a bad resume.

In addition to teaching, he also published books about Islam. He wrote Lebanon in the Last Years of Feudalism, Islamic Reform, and The Arab Cold War.

The Return to AUB

In 1982, Dr. Kerr was offered the job to become president of the American University of Beirut, despite Lebanon being in an Islamic holy civil war and his predecessor, David S. Dodge being kidnapped by Iranian gunmen. This was not a cake walk job by any stretch of the imagination. Dr. Kerr was even given a body guard when he accepted the job, but he dismissed him after saying that it wasn’t right for the president of the university to have a body guard; he did, however, have a chauffeur.

Despite how rough this job was, this was Dr. Kerr’s dream job. He grew up with this school. His parents taught at AUB for forty years. Studying at prestigious universities, writing books, it all lead to his dream job of becoming president of AUB.

”Since he was a little boy, all Malcolm ever really wanted was to be president of A.U.B., ” said one of his oldest friends, Prof. Edwin T. Prothro, head of the Center for Behavioral Research at the university. ”When the time came, he knew his life could be in danger – he talked about it to me several times – but he took the job anyways because he loved this place and he wanted to build it into something special.”

On January 18th 1984, it started out as a normal morning for Dr. Kerr. His chauffeur picked him up to go to his bank in West Beirut, he then made it to campus and made  a stop at the office of one of his fellow colleagues. After a short visit, he proceeded to walk through the courtyard towards his office at College Hall. The courtyard was extremely busy because of all the students rushing to get signed up for the spring semester, but Dr. Kerr was easy to recognize because of his tall, lanky frame.

Within minutes, word spread throughout the university, the police and Lebanese Army soldiers sealed off all the exits of the school to try and catch the gunman, but it was too late, they had escaped.

Shortly after the assassination of Dr. Kerr, a man called the Beirut office of Agence France-Presse and said the shooting was done by a pro-Iranian underground group. This same group claimed responsibility for an attack on the American Embassy and a Marine compound earlier that year.

”We are responsible for the assassination of the president of the American University of Beirut, who was a victim of the American military presence in Lebanon. We also vow that not a single American or Frenchman will remain on this soil.”

It was later discovered that the two gunman were Hezbollah gunmen, following Iranian orders.

The Son of Dr. Malcolm Kerr

Besides the obvious basketball talent Steve Kerr exuded, one of the main reasons Kerr received a scholarship from Arizona was due to a phone call his father made. Steve didn’t get many scholarship offers out of high school, but Cal State-Fullerton and Arizona showed interest. Dr. Kerr learned that Arizona was his son’s first choice, so he called head coach Lute Olson and asked if there was an offer for his son. Olson then offered the final scholarship. 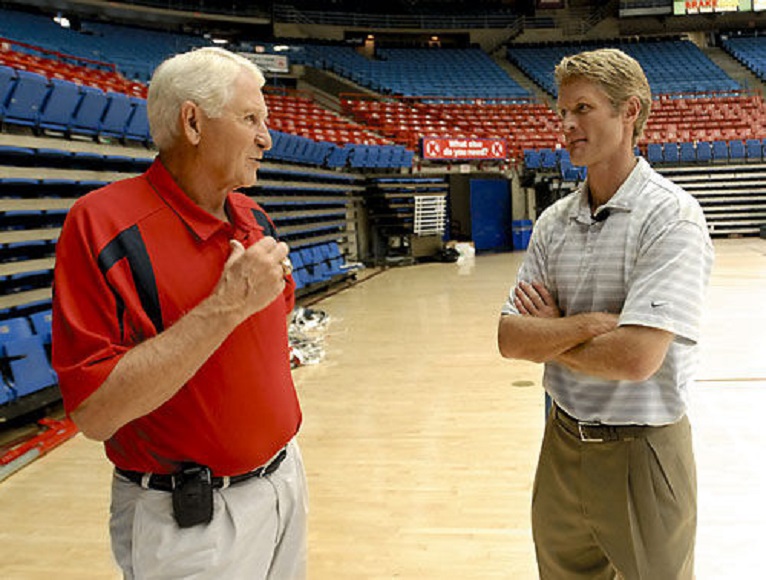 Two days after his father was killed, Steve joined his team against rival Arizona State, as this was his only escape from the harsh reality of his father’s assassination. Steve drained his first jumper from 25 feet away and went five of seven from the floor in an upset win. Head coach Lute Olson had this to say about his guard after the game.

“It would be something that would keep a young man from doing anything for a while afterwards, but I don’t know, he’s just always had maturity beyond his years.”

The Classless Fans of Arizona State

Two years later, you wouldn’t think his father would be brought up by opposing fans, but, you would be wrong. During his fifth year, Arizona played their rival Arizona State, and State chanted some of the most disgusting chants you will ever hear at a college basketball game.

But, Steve got the last laugh. After almost being brought to tears, visibly shaken by the chants and having to sit down on the bench, Steve came back in the game and hit six straight three pointers in a blow out win over their rival. Steve later called those chanting fans, “the scum of the earth.”

On to the Pros 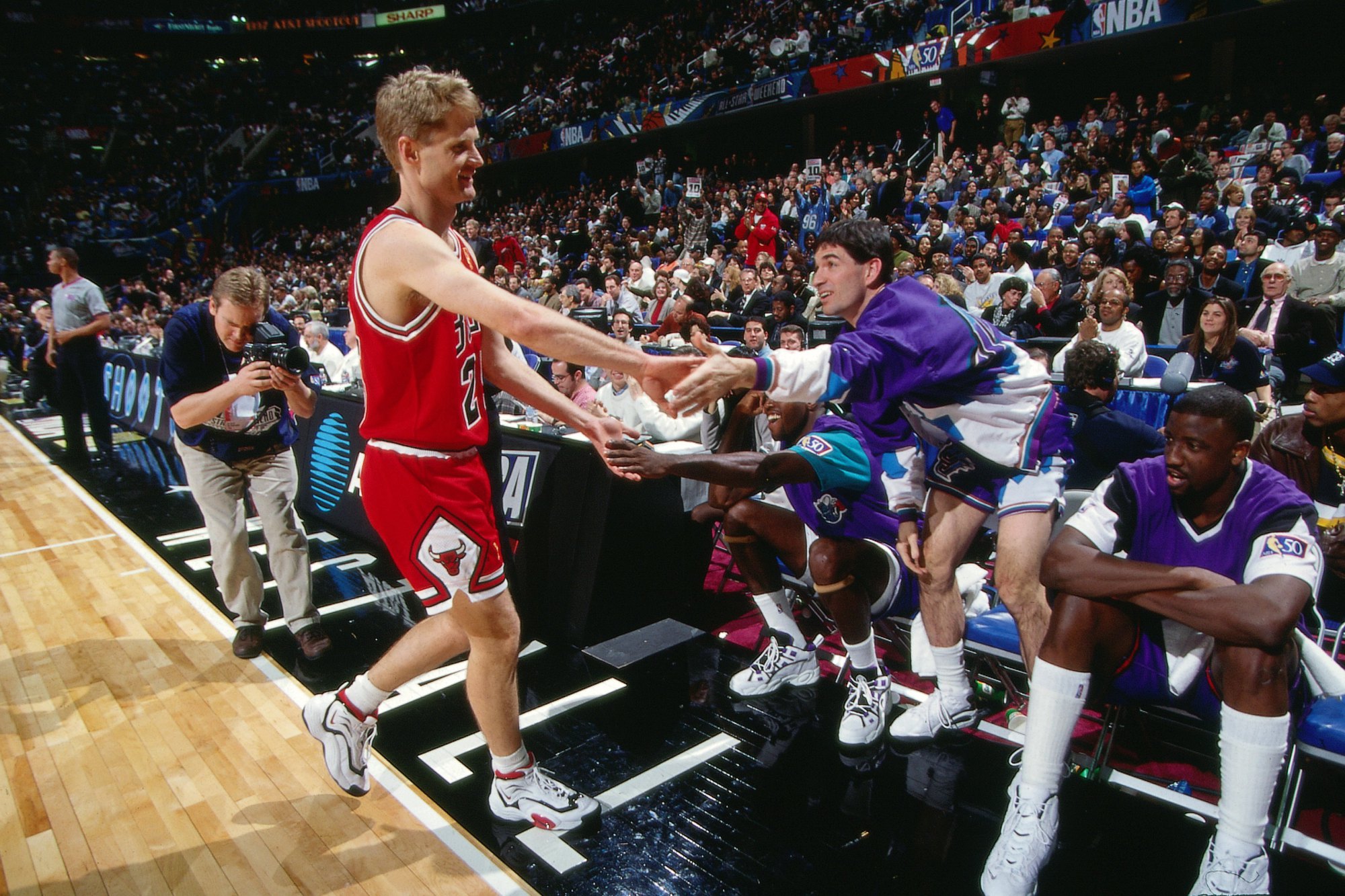 Kerr went on to be drafted in the second round of the 1988 NBA Draft and had the opportunity of playing for two of the best dynasties in NBA history, the Chicago Bulls and San Antonio Spurs. Steve collected five championship rings and many friends around the NBA along the way.

Steve is one of two players in NBA history to have won two championships with two different teams in consecutive seasons.

After stints as a TNT Analyst, and a three year stretch being the general manager of the Phoenix Suns, Steve is now head coach of the 16-2 Warriors.

During a 2004 commencement speech, Steve talked about his parents, and added a funny antidote, only he would know how.

“My parents literally showed me a whole world that existed beyond typical American culture, ” Kerr said during a 2004 commencement speech at Arizona. “They gave me an education in understanding people, in being compassionate and respectful. They taught me that though people may speak or dress differently, or have customs or beliefs that were foreign to me, it was important to take the time to not only understand those differences, but to embrace them as well.

“That came in handy years later when Dennis Rodman became my teammate with the Bulls.”

[…] Olson then offered the final scholarship. Two days after his father was killed, Steve joined his tea… […]