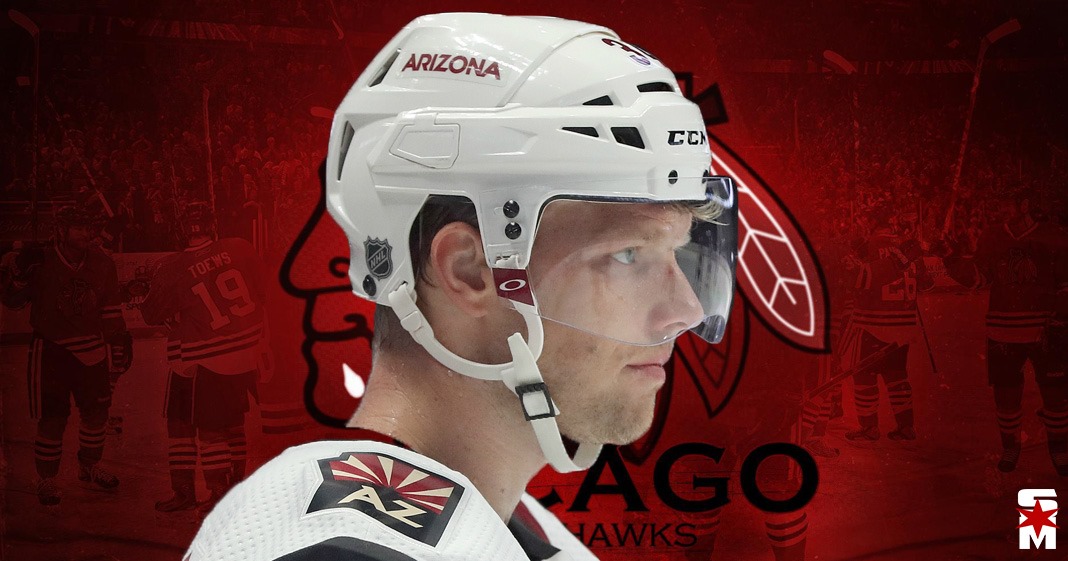 The Chicago Blackhawks made their first free-agent signing in over two months on Saturday afternoon, adding veteran center Carl Soderberg to a one-year, $1 million contract. Soderberg, 35, does not exactly fit the youth movement general manager Stan Bowman claims to have in place, but after the injuries to Alex Nylander and Kirby Dach this week, his addition gives the Blackhawks some needed depth at forward.

“Carl is an experienced center who plays a strong two-way game and adds an element of size to our group of centermen,” Bowman said in a statement Saturday. “He has shown the ability to score and match up, which is critical in today’s game, and he also brings consistency and versatility to the team.”

With Dach out until at least February with a fractured wrist, the Blackhawks currently have a spot open at center on the second line next to Patrick Kane. Dylan Strome is expected to fill in for Dach, but the 23-year-old still has not signed a new deal with the Blackhawks, and training camp is set to open in nine days. Bowman spoke last week about how the two sides remain in negotiations, but the two-month-long hold up certainly calls for concern.

If Strome’s tenure in Chicago has come to an end (unlikely, but not out of the picture), the 6-foot-3 Soderberg could be a feasible option with Kane this season. After all, Kane had tremendous success for a couple of years with Artem Anisimov, who has a similar stature and playing style to Soderberg. The big Swede may not be in the prime of his career at this point, but he’s remained a consistent point producer despite now being in his mid-30s. Soderberg has tallied at least 35 points in six of his seven full NHL campaigns.

However, the more plausible scenario is Soderberg joining the Blackhawks’ bottom-six forward group, which was plenty crowded before his arrival. Soderberg, Mattias Janmark, Lucas Wallmark, Ryan Carpenter, David Kampf, and plenty of other Hawks are going to be fighting for just a few available spots in training camp. While the focus in Chicago is now on the youth, Bowman understands that veterans need to be mixed into the lineup as well. Given Soderberg’s success in recent years, he will likely have a leg-up over the competition and should be playing for the Blackhawks on opening night.

Soderberg’s signing may seem solely about depth, but he’s proven himself as a productive middle-six forward everywhere he’s played. In his two years with the Boston Bruins (2013-15), Soderberg recorded 48 and 44 points, respectively, and then followed that up with a career-high 51 points in 2015-16 with the Colorado Avalanche. The former second-round pick of the St. Louis Blues racked up a career-best 23 goals for the Avs in 2018-19, and in 70 games last season with the Arizona Coyotes, Soderberg registered 17 goals and 18 assists for 35 points. This might appear as just a depth signing by the Blackhawks, but Soderberg has the size and skill set to be productive once again in 2021.

While the numbers have been impressive on offense, Soderberg has struggled in a couple of areas defensively throughout his career. At the faceoff dot, Soderberg has only won 47.7 percent of his draws, and he was used more on the wing last season by the Coyotes as a result. The Blackhawks probably will not use Soderberg strictly as a center, but they like his versatility and ability to win a draw if need be.

Soderberg has also had a Corsi percentage below 50 percent in each of his past five seasons. While he may be solid on the backcheck, he does not drive possession in his team’s favor very often. Soderberg makes the Blackhawks tougher to play against, but he will not be the one to carry the load offensively.

Even with Dach and Nylander out of the lineup to start the season, the Blackhawks already had enough of a logjam at forward. And with the franchise supposedly moving into a rebuild, Bowman’s first move was to go out and sign… a 35-year-old veteran? Certainly debatable.

But Soderberg, even at 35, will help the Blackhawks on the defensive side and can chip in offensively as well. If Dach’s wrist needs surgery, Strome and Soderberg are the next two in line to take over as second-line center. With all the questions surrounding Strome’s future in Chicago, Bowman may have felt it was necessary to bring in another centerman.

Whether this was a good or bad signing by Bowman will not be decided until the conclusion of the 2021 regular season. Soderberg inking a one-year deal gives the Blackhawks security at the beginning of the season, and they can also flip him quite easily at the trade deadline. What the Hawks are able to acquire in return for Soderberg will likely be what deems this signing successful or not.