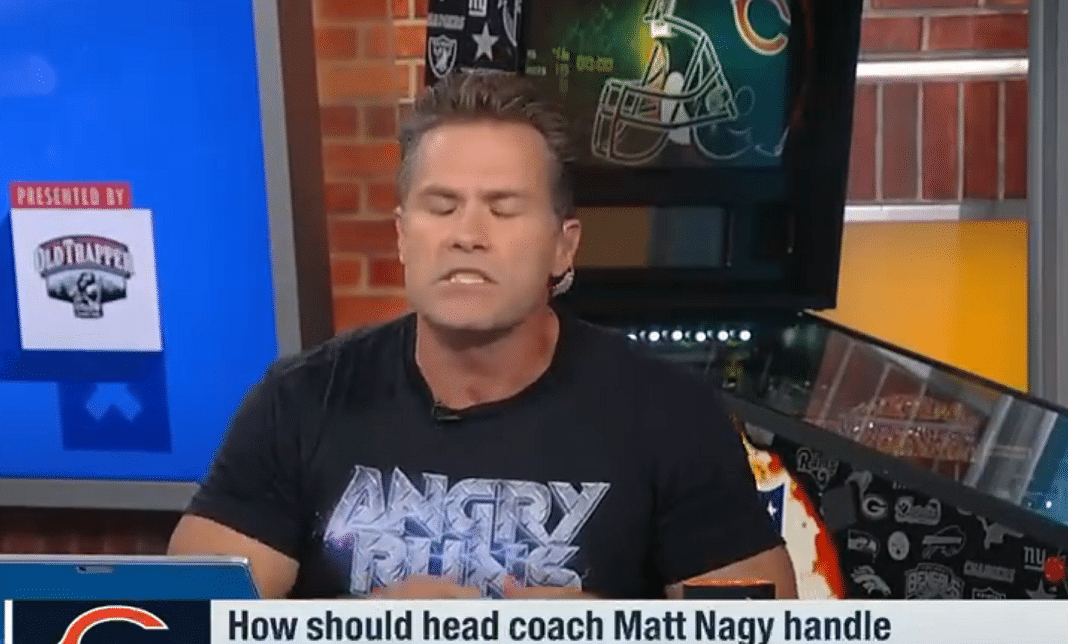 A lot of people were doubtful about Matt Nagy’s master plan to make sure Justin Fields is a success. One that involves sitting the rookie quarterback for the time being while Andy Dalton starts. The belief is this team is good enough to win games with Dalton, buying Fields time to sit and learn on the sideline. It sounds good in theory. Of course, in order for people to buy in, the critical part of that plan has to work.

It didn’t on opening night. Dalton threw for 205 yards and an interception. The defense gave up 34 points. In a game where the team desperately needed a spark, the one guy who could’ve provided it was on the bench. It probably didn’t help that Fields scored a touchdown in one of the five plays he was actually out there. Needless to say, it went about as bad for Nagy as possible.

Dalton will remain the starter moving forward. A lot of people are tired of his poor explanations as to why. Among them is Kyle Brandt. The co-host of Good Morning Football on NFL Network and self-proclaimed Bears fans addressed this issue in detail during the latest episode. In less than two minutes, he performed an epic takedown of the head coach, showcasing how misguided and unnecessary this holding back of Fields is.

My thoughts on Justin Fields of the Chicago Bears. pic.twitter.com/0OpFVQVPps

The point about Patrick Mahomes is perhaps the most glaring. Even back in 2017, there were rumors that the rookie was ready to play even before the season started. Kansas City elected to stick with Alex Smith and though he played well, the Chiefs lost their playoff opener to Tennessee. It’s fair to wonder if Mahomes provides a different outcome. Yes, Fields is a rookie. He’ll make mistakes. The fact remains he is the most talented weapon on the Bears offense and they’re not using him. Matt Nagy can’t let that continue much longer.