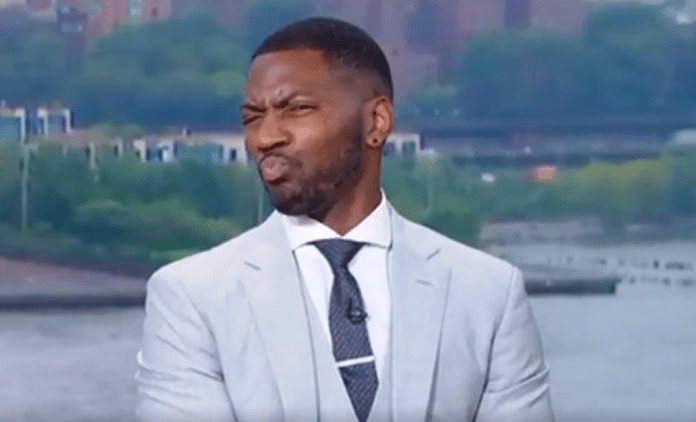 Matt Nagy didn’t look like a happy man despite winning a must-have game on Sunday against the Detroit Lions. Part of the reason for that? The fact he wasn’t calling plays on offense. For the second time in two years, he was compelled to hand that duty over to offensive coordinator Bill Lazor. For the second time, positive results were seen almost immediately. Yet like a petulant child, Nagy tried to insist he had a hand in that success as well. Former defensive back and ESPN analyst Ryan Clark wasn’t having any of that.

He is a big believer in Justin Fields as a quarterback. It has been that way since watching him in college. When the Bears drafted him 11th overall, he was thrilled for the fans. After watching what happened in Cleveland and having seen Nagy’s play calling “prowess” going back years? That press conference was the final straw. When given a chance to respond, Clark absolutely let the Bears head coach have it.

This is something a lot of people have talked about for some time.

Nagy may give off this aura of humbleness. Don’t be fooled. This guy has an ego. A significant one. Constantly calling cute plays on offense. Inserting players into games that have no business being there. Always looking for the deep shot rather than building to it. Taking back play calling this offseason despite clear evidence Bill Lazor did a better job than he did at it. Now this press conference.

Nagy has tied his identity to the call sheet so much. Every success belongs to him in his mind. That is not a healthy attitude for the head coach of an entire football team. Ryan Clark has had enough of it. The same goes for most Bears fans. They feel he’s doing more harm than good at this point. If he can’t accept the offense is better without his meddling influence? Then he has to go.