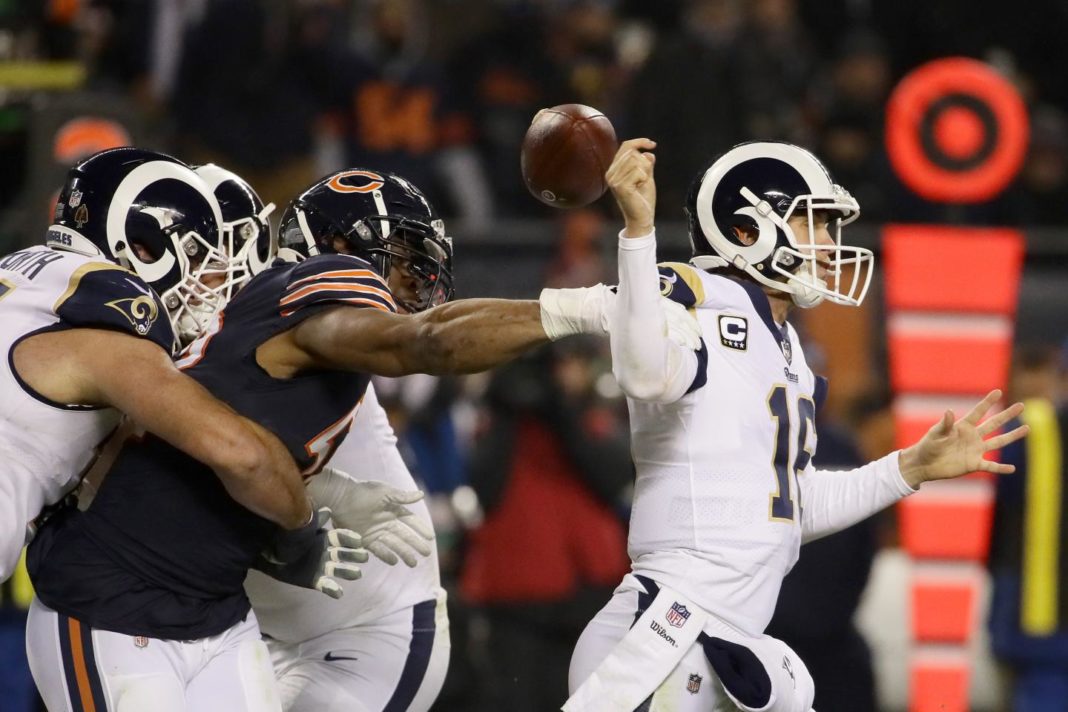 Vic Fangio was the true “Godfather” of the 2018 Chicago Bears. His only players likened him to a mafia crime boss due to the way he carried himself. Like any crime boss, Fangio was ruthless in his execution and savvy in his planning. That was never clearer than his masterpiece last season when the Bears smothered the red hot Los Angeles Rams for a 15-6 victory.

Jared Goff was befuddled the entire night. Not only did he throw four interceptions, a career-high. He also got sacked for a safety. Rams head coach Sean McVay, normally known for his offensive mastery and adjustment, had no answers for what was happening. In the end, L.A. had to accept the beating they were taking.

That night, more than anything may have been the biggest selling point in Fangio finally getting to become a head coach. The Denver Broncos hired him back in January, forcing the Bears to look for a new defensive coordinator. However, the Rams were not done being haunted by what Fangio had done to them that night at Soldier Field.

One of the biggest things that Bill Belichick does that has made him the best coach in NFL history is taking what worked against a given opponent during a season and being able to have his own team copy it. Fangio told Woody Paige of The Gazette that he knew what was coming in the Super Bowl between the Rams and New England Patriots. Belichick would copy the same scheme and plan the Bears used on L.A. a few months back.

“Yes. I kinda knew (the Patriots) would use that defensive scheme. It was obvious they would copy us because of our success against the Rams,”

What nobody has known to this point is what exactly did Fangio do that gave the Rams such problems. As it turns out, he dusted off an old defensive classic from the middle of the 20th century. Seriously. He had the Bears shift into an alignment straight out of the 1950s.

It was called the 6-1 Umbrella defense.

In essence, it runs with six defensive linemen, one linebacker, and four defensive backs. The linemen would smother the Rams running game and apply constant pressure on Goff.

“Fangio brought back the ancient alignment for the Rams. In the 6-1, he had four, five, six linemen put extreme pressure on Goff and perplex Rams coach Sean McVay. The two would communicate on the headset about the defense up to the 15-second mark when the NFL official would turn it off.

At that moment, Fangio dropped ends into coverage, changed from zone to man-to-man and squeezed lanes. The Rams never comprehended.”

The biggest part of the entire venture was controlling the line of scrimmage. Fangio didn’t mince words on the goal. He knew the vital key to the Rams attack was running the football. If the Bears could stop Todd Gurley, he knew Goff wasn’t capable of beating his defense alone.

Of his victory over the Rams, “they couldn’t run the football. And if they can’t run with Gurley or (C.J. Anderson), they aren’t very good. (Bill) Belichick) knew that. I wasn’t surprised about what happened in the Super Bowl.”

He’s not wrong. In 2018, the Rams were 3-4 in games where they failed to rush for at least 100 yards. That includes their no-shows against Chicago and New England. Goff has nine touchdown passes and nine interceptions in those games. Clearly a different offense altogether. Further proof that the Bears almost certainly would’ve defeated the Rams a week later had Cody Parkey hit that kick back in January.