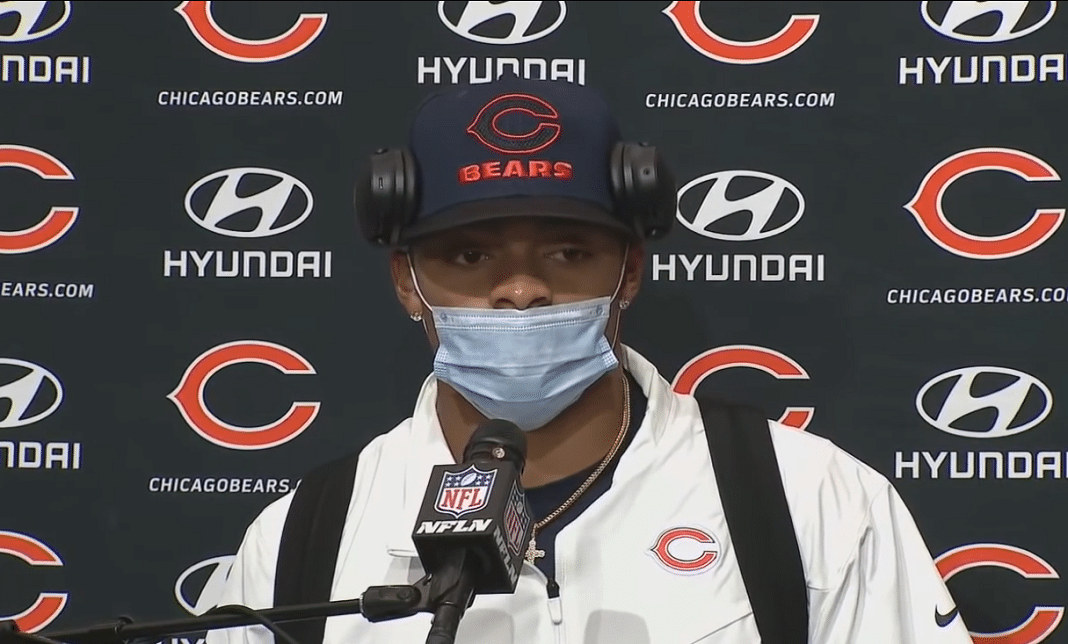 There isn’t going to be any rest for the Chicago Bears defense. No refuge from guys trying to make them look terrible. Matthew Stafford did it on Sunday night in Los Angeles. Easily one of the worst games the defense has played in a long time. They weren’t just off. They were never a factor. Now it seems practice won’t be a refuge for them either. At least not if Justin Fields has any say in the matter.

The rookie quarterback didn’t sound overly sympathetic to their plight after the game. He was asked about his experiences thus far running the Bears scout team. A job that involves using offensive looks from other teams against the #1 defense in order to help them prepare for a matchup. By the sound of it, Fields isn’t interested in helping the defense with anything. He is more interested in embarrassing them.

No doubt fans would kill for video of those sessions.

This is the same approach Kansas City took with Patrick Mahomes back in 2017. While Alex Smith was the starter and got those reps in practice, the rookie ran the scout team. Rumblings at the time suggested the Chiefs defense had few answers for him. No doubt Fields has the same mentality. It doesn’t matter who he is working with in practice. He aims to dominate on every snap. Remember he is fighting for a chance to play. The kid is notorious for hating to sit on the bench. That is why he transferred out of Georgia in 2019.

It was evident during that entire press conference that he wanted to play more than the five snaps he got. Nobody can say he didn’t make the most of his opportunities. He had a nice 9-yard throw to Marquise Goodwin in the red zone to set up 3rd and short. Then later in the game, he ran the ball for a 3-yard touchdown. Given the way Dalton played? The cries for him to start are only growing louder.

Justin Fields will keep the defense on their toes

One could argue Mahomes did that for the Chiefs. They too got off to a rough start in 2017, allowing 27 or more points in four of their first nine games. However, they finished strong down the stretch, allowing that many just once in the final seven. So perhaps having Fields constantly try to humiliate them each week will wake the defense up to the realization that the season has begun. The schedule certainly won’t get easier from here.

Baker Mayfield, Derek Carr, Aaron Rodgers, Tom Brady, and Ben Roethlisberger are among the quarterbacks looming on the horizon. Even slowing any of those guys down will require a complete effort from the Bears defense. Something they too often seem unwilling to give. Either due to age or disinterest or simple lack of capability. Nobody is sure anymore. That is why the offense needs to pick up the slack. Hence the calls for Justin Fields.

Is he inexperienced? Yes.

He is also the most talented quarterback on the roster. He can do things Dalton simply can’t. The Bears had no explosive plays in Los Angeles and shouldn’t expect many in the coming weeks. Dalton was never known for them. Fields? They were his trademark. Nagy is trying to do the right thing for his young QB, but at some point, he runs the risk of fracturing the locker room with this approach.