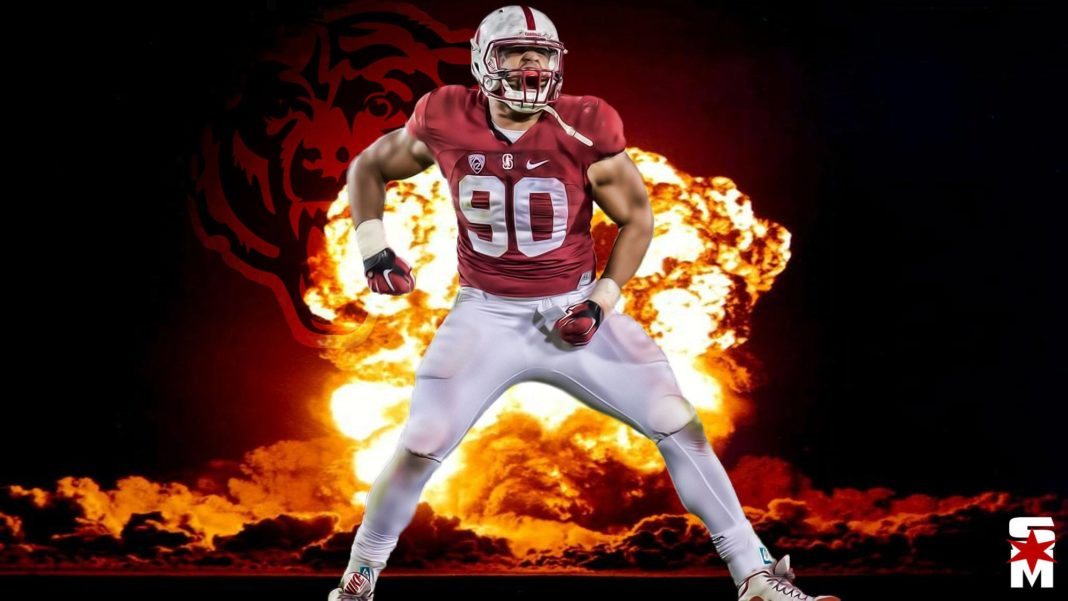 The discussion about who the Chicago Bears will select with the #3 overall pick in the upcoming 2017 NFL draft will not cease for months to come. Will it be a quarterback? A safety? With free agency still to come, answering this question is difficult. One thing is for sure though. They are almost certain to have their pick of high quality pass rushers.

Myles Garrett is of course the big fish in the pond, widely believed to go within the top two picks between Cleveland or San Francisco. This has led to speculation about where the Bears goes once he’s off the board. The popular name being dropped constantly is Alabama defensive lineman Jonathan Allen. He’s enjoyed a successful and productive run at the best program in college football.

It certainly would make sense. However, there is a growing movement among the media and scouting communities that there may be somebody who is even better. Someone that didn’t have the constant national attention Alabama receives. A player that Chicago fans would love, for more reasons than one. (continue to next page from top)