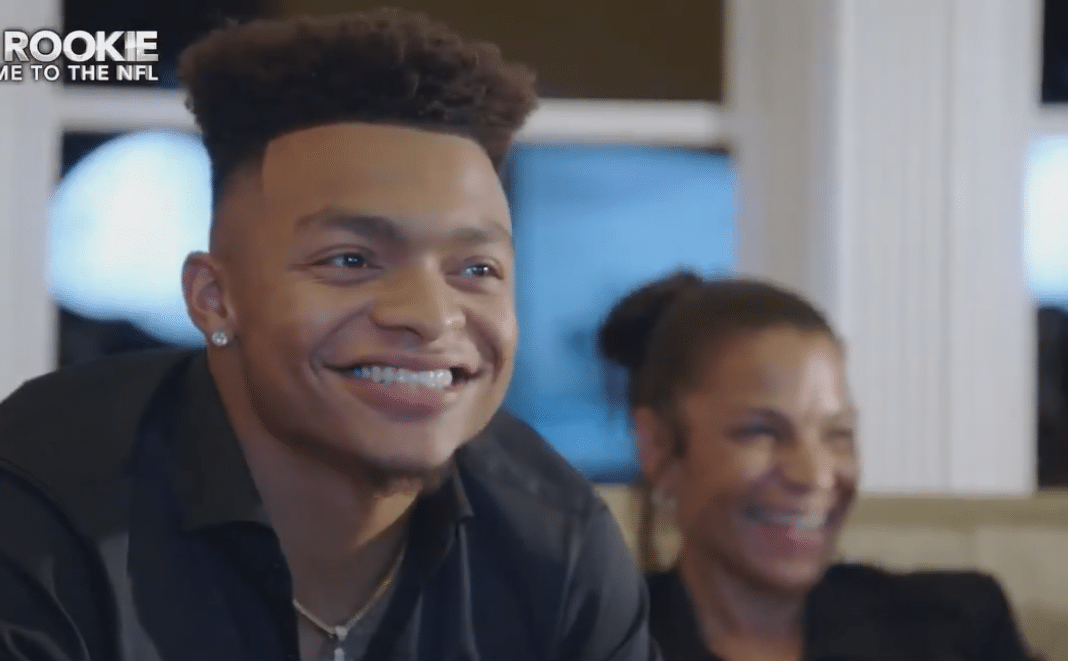 Justin Fields has only been a member of the Chicago Bears for three months and already it seems like he practically owns the city. What is so crazy is he has yet to take a single snap in a game. This is because, through the power of social media and his tireless actions off the field, he is fast becoming a favorite among fans. It’s everything from hard workouts, impressive feats of throwing the football, and of course his charity work.

Never was his presence more noted than back in June when 41-year old Chicago resident Scott Morrow was shot in the back while walking to a friend’s house. As he was being transported to a local hospital, he had to fight to stay conscious. One way he did that was by telling himself he couldn’t die. Not before getting a chance to see Fields play for his beloved Bears. He ended up surviving.

No doubt he thinks that desire helped him persevere.

It seems Fields caught wind of the story. Why? Morrow himself tweeted a pair of photographs with the rookie quarterback who’d made a surprise visit to his home. He presented an autographed jersey as a gift. A pretty awesome gesture from somebody who doesn’t have a ton of free time. Just a reminder of how good of a person Fields is on top of everything else.

Just met Bears rookie QB and future Hall of Famer @justnfields (as well as his lovely parents)! I can’t believe they came out to to visit a little ol’ gunshot victim. Bear effing down! 🐻⬇️ Thank you, @ChicagoBears @670TheScore @ParkinsSpiegel @shane_riordan @CEmma670 pic.twitter.com/x4QUqY73Xu

Morrow isn’t out of the woods yet. Not only does he have medical complications from the gunshot wound, but he’s also having to deal with the inevitable bills that come with his recovery. In an effort to battle that, he and his parents set up a GoFundMe page. They are aiming for a goal of $35,000 and it appears he is getting close. Feel free to make a donation with that link above. Justin Fields would probably appreciate it too.