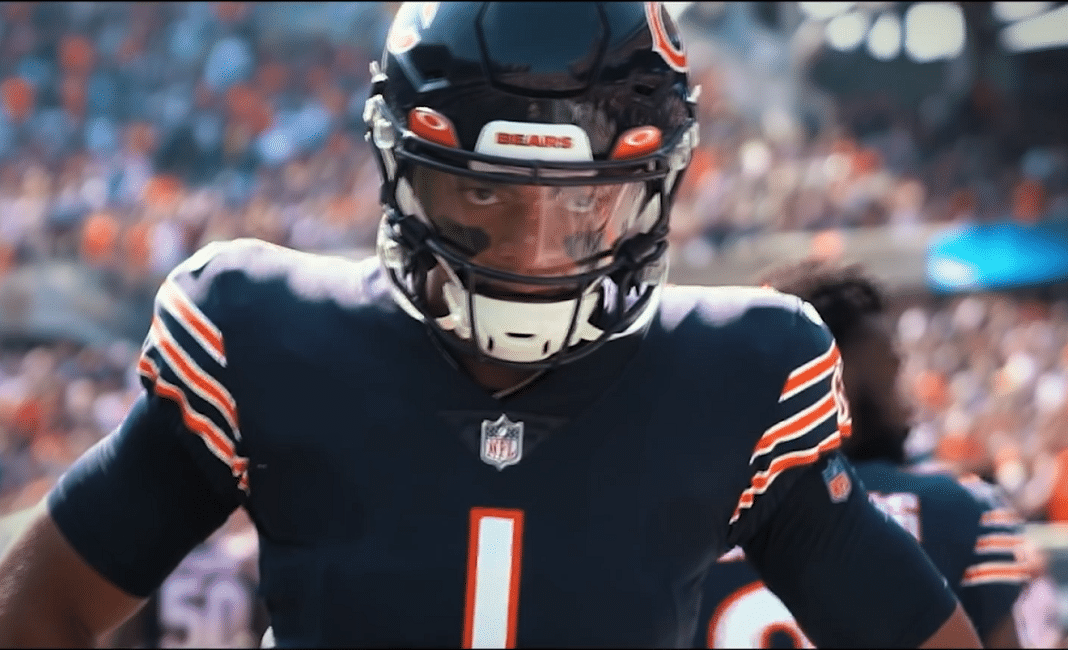 Talent is a big part of what makes a successful quarterback in the NFL. It is the same for any position. However, any expert will tell you that what separates the great ones from everybody else is what happens between the ears. The best quarterbacks are often the ones who can think the game out at a high level. Not just in terms of information volume but also processing speed. Justin Fields might be in that category.

When experts talk about him, they always go to his physical skills when referencing his potential in the NFL. The 6’3 size, 4.4 speed, and strong arm with impressive deep accuracy. This has made it far too easy to overlook perhaps his greatest strength of all. His uncanny football intelligence. Ian Rapoport spoke to Fields’ long-time QB coach Quincy Avery as his pupil prepares for his first NFL start. He knew as far back as high school that the kid was different from others.

“In 11th grade, we get this Elite 11 playbook full of NFL concepts,” recalled Avery, the well-regarded QB trainer who runs QB Takeover. “And Justin basically taught it to himself. A week and a half later, he had memorized it front to back and could run things both ways. He could flip the formation. He knew the protections for each concept… and I’d never seen someone so young be able to do that. And he’s only elevated that.”

People must understand something.

Playbooks are complicated. Even at a high school level, they are massive sources of information. They can often take a long time to fully grasp. Especially for quarterbacks. It could take months before they feel like they have it memorized. For Fields to do it in such a short span of time? That is crazy. It is also undoubtedly a big reason why he ended up winning Elite 11 MVP over the favored Trevor Lawrence.

Now it seems he is doing the same thing in Chicago. Reports out of Halas Hall have persisted for the past month that Fields is much further along in his development than even the coaches expected. He has a grasp of the playbook and is demonstrating an understanding of protections, routes, and coverages beyond normal rookies. There were glimpses of that in the win over Cincinnati.

Justin Fields has everything required to be really good

He always had the natural talent for the pro level. What people weren’t sure about was whether he had the brain for it. For whatever reason, many experts didn’t bother to dig more on this subject. They merely assumed he wasn’t quite there mentally as other quarterbacks in the class. Why is that? Perhaps because he played at Ohio State, a program known for several QB flops in the NFL. Or maybe it is because he is black.

Like it or not, there is still a stigma out there that black quarterbacks aren’t quite as smart as their white counterparts. Something that was disproven many, many years ago. Either way, the fact Justin Fields did everything he did in college and still fell out of the top 10 remains baffling even now. Not that the Bears are complaining. They truly believe they landed somebody who can change the entire outlook of their franchise.

The game in Cleveland will be the first step.

Expectations should be kept under control. History shows all rookies tend to look uneven in their first starts. That said, with enough time it is reasonable to assume that Fields will start to look a lot better. Especially as he gains comfort working with the #1 offense. A luxury Matt Nagy didn’t afford him in training camp.