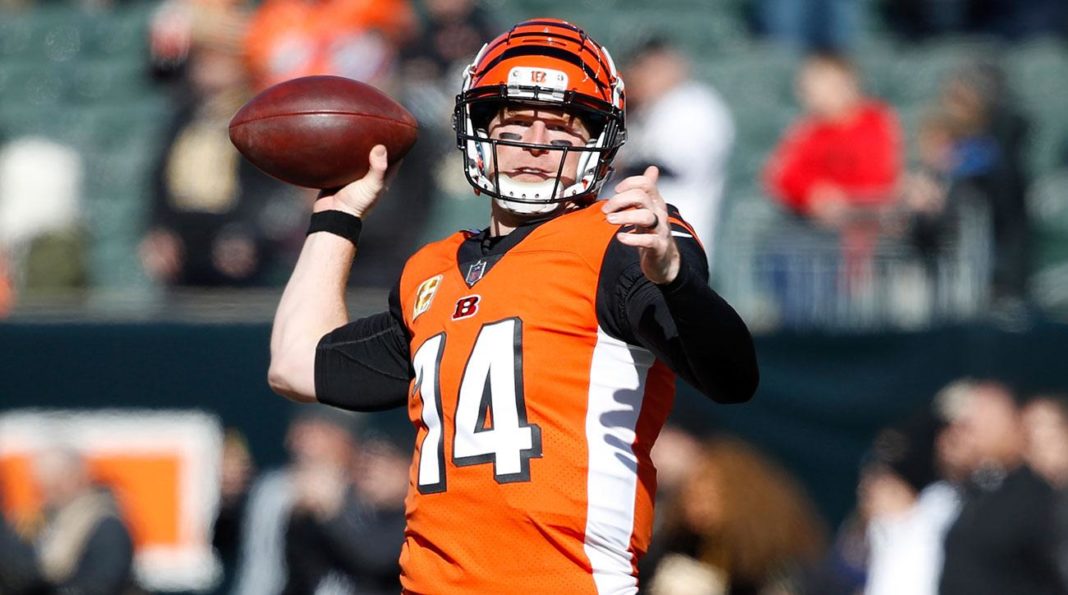 The Chicago Bears quarterback discussion is bound to continue until free agency mercifully arrives next month. Until then there won’t be any definitive answers regarding what GM Ryan Pace actually has planned. Is he really sticking with Mitch Trubisky or will the team seek out some form of competition? Most experts around the league feel the latter is the obvious course of action and that Andy Dalton is their guy.

A lot of people seem to hope for Cam Newton. Especially current and former players. Others feel efficient names like Teddy Bridgewater or Marcus Mariota make lots of sense. Kevin Seifert of ESPN doesn’t see those guys as the likely choice. Among the top experts asked to construct a perfect trade between two teams, he had the Bears giving a conditional pick to the Cincinnati Bengals for Dalton.

“The Bengals trade Andy Dalton to the Bears for a fourth-round draft pick that could rise to a third-rounder based on playing time. We all know the Bengals are moving on at quarterback, so anything they can get for Dalton is a positive. The Bears get a quarterback whom they can portray as a veteran backup but who is actually good enough to win and hold down the starting job if Mitchell Trubisky fails to improve.”

Andy Dalton certainly has connections to the Bears

Truth be told, it feels like this idea was put forward without much true thought put into it. Seifert likely made the connection with the Bears because they now employ Bill Lazor as their offensive coordinator. He worked with Dalton for three years from 2016 to 2018. So there’s immediate familiarity. At the same time, other factors weren’t accounted for such as the fact the Bears would have to pay $17.7 million in salary to Dalton for this season if they did trade for him.

Is the team really prepared to pay that kind of money given their limited cap space? Not to mention how they’re also running low on draft capital lately and giving up what could be a 3rd rounder in 2021 wouldn’t help their cause either. The smarter play would be to hold off and see if the Bengals decide to cut him instead. Everybody knows they are planning to draft Joe Burrow #1 overall. They won’t pay that much money to a backup. Give the free agent landscape, the odds of a trade will be difficult too.

The Bears might be able to get Dalton without giving up much of anything at all.