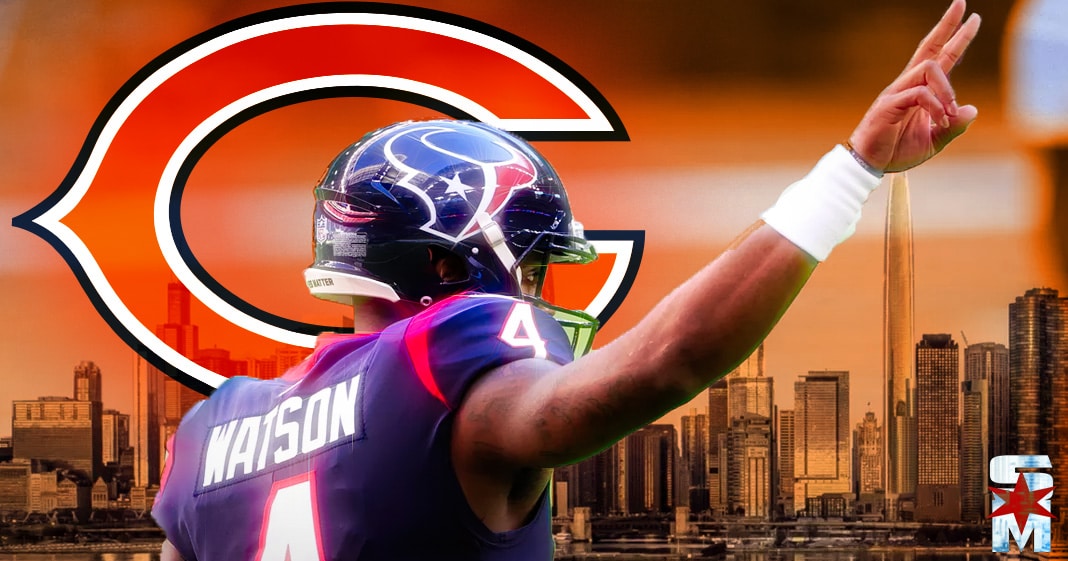 This latest Chicago Bears 2021 mock offseason is all about possibility. Is there a way the team can change their destiny in the space of just a couple of months. One from a resigned fate of trudging towards another rebuild to genuine hope they can get back into the Super Bowl picture. As everybody knows, all things are possible when the quarterback position is involved.

As has been reported multiple times already, the Bears are going to be aggressive this offseason in hopes of securing a difference-maker under center. The Mitch Trubisky experiment is over. Nick Foles isn’t offering them anything. GM Ryan Pace and head coach Matt Nagy can’t afford to play it cheap. They need a hit in the worst way.

Here is the way they can go about doing that.

Chicago Bears 2021 mock offseason goes for it all this time

None of these should be considered a big surprise. Graham was a quality red zone threat this season but he clearly slowed down in the second half. Massie can’t stay healthy anymore and is getting older. Skrine suffered his sixth career concussion. He could be headed for retirement. Either way, all of that money is vital to what comes next.

This is it. The big move Chicago needs if they want to change their fortunes. Watson is a star. A three-time Pro Bowler fresh off throwing for over 4,800 yards and 33 touchdowns despite playing on a bad football team. Now he wants out due to a dispute with ownership. At age 25 he’s squarely in his prime. So the Bears give up a massive package of picks in order to get him, believing he could be the key to them finally contending for a title long-term.

CB Kyle Fuller to Cardinals for a 2nd round pick

Unfortunately, acquiring Watson is going to require some sacrifices. The Bears have to find a way to replenish some of the picks they’ll lose in that trade and also find salary cap space to fit his contract onto the books. With most of the team’s money focused on the defense, that is likely where the moves will have to be made. Fuller has been a tremendous cornerback for them since 2017 and remains one of the best all-around at his position. Arizona is in desperate need of defensive help, so they pay a good price for him.

DE Akiem Hicks to Broncos for a 4th round pick

The heart and soul of the Bears defense since he arrived in 2016. Fans have grown to love Akiem for so many valid reasons from his play on the field to his conduct off it. Sadly age and injury have started to catch up to him. While he can still be effective, this Bears 2021 mock offseason must be about Watson and making him a success. If that means sacrificing Hicks? Then so be it. Painful as it will undoubtedly be.

This one is going to sting the most. Mack remains a dominant force off the edge despite the misleading sack numbers people love to focus on. Undoubtedly one of the best at his position in the NFL. Chicago just sorely needs picks and he’s the biggest bait they can dangle. The Browns, eager to capitalize on their recent postseason success, decided to pair him with Myles Garrett in Cleveland. The Bears secure some much-needed future picks and also money.

People believe money has been the major hangup between the Bears and their star receiver throughout some difficult contract negotiations. However, there is also a belief the questions at quarterbacks began to hold Robinson back from committing to a long-term deal. Now with Watson in the fold, he’s much more inclined to stick around. He cracks the $20 million per year threshold as one of the top 5 highest-paid at his position and Chicago keeps its best weapon.

The finish Santos had to 2020 was nothing short of remarkable. A total of 27-consecutive field goals made in a row from week four through the playoffs. It was the most accurate kicking season in franchise history. Safe to say the 29-year old definitely earned an extension as one of the higher-paid kickers in the league and somebody they can move forward with long-term.

The Bears need money. So they bite the bullet and restructure several contracts of younger players they know will be a part of their future. Then they go about keeping several defensive veterans who can still make contributions as rotational guys. It’s not going to make up for the losses of Fullers, Hicks, and Mack. Don’t kid yourselves. This is about depth.

He isn’t Mack. Nobody is. However, Golden has proven himself to be a reliable pass rusher off the edge in a 3-4 defense. He had 10 sacks in 2019 for the Giants and played well despite questionable coaching after being traded to Arizona this past season. He should help provide some necessary juice to the pass rush opposite Robert Quinn. It’s a stop-gap measure to be sure but a solid one.

Having a franchise quarterback suddenly makes your team a hot destination for veteran offensive players. Here is a perfect case and point. Moton emerged as one of the better right tackles in the NFL for the Panthers last season. Now he makes the surprise move to leave Carolina to join up with Watson in Chicago, giving the young quarterback some security on the edge for the next five years.

Remember that this Bears 2021 mock offseason is about shifting their thought process. Back when they traded for Jay Cutler, the biggest mistake they made was no investing more resources into the offense when he arrived. This time is going to be different. With Anthony Miller looking like a lost cause, the team seeks to fortify their wide receiver position alongside Robinson and Darnell Mooney. St. Brown is tough and intelligent player with a good mix of size and speed. He can play inside or outside and be a threat over the top.

The Trojans took care of business in Week 11!

With Mack gone and Quinn into his 30s, the Bears need to reinforce the edge position with some sort of youth infusion. That is where Tryon comes in. This kid has all the traits from good size to long arms, reactive athleticism, and burst to get around the tackle to the quarterback. The building blocks are there. He just needs more polish from a fundamentals perspective. Things he should get with professional coaching.

A highly-experienced cornerback with a good mix of size, length, and athleticism. He doesn’t shy away from playing physical and shows an ability to match up with receivers in man coverage whenever asked. There are occasional lapses in coverage. Usually when he’s guarding a little too much against being beat deep on double moves. A capable young player who should provide quality competition.

Charles Leno Jr. figures to survive one more year but his time will eventually come. The Bears would do well to start stockpiling depth and potential successors for left tackle. Landon Young is the perfect sort of project. Big, powerful, and an absolute mauler in the running game. His issues stem from a lack of experience and polish in pass protection. Things that can be corrected under Juan Castillo.

A lot of really good senior offensive tackles in the 2021 class, and one of my favorites is #Kentucky LT Landon Young. He's a mauler, 6'7", 321 lbs, rarely misses assignments and always physical at the point of attack. Landed on the Senior Bowl watch list as well. pic.twitter.com/TlgU5y01NU

On the flip side, the calling card of Anderson is his ability to protect the quarterback. The big guard rarely ever gives up pressures. Let alone sacks. He is the ideal sort of interior blocker for Nagy’s system. Quick, athletic, and technically sound. He could afford to add more power in his frame but he’ll make for some top notch depth at either guard positions.

Brown has the prototypical size of a 3-4 defensive end along with plenty of power to hold his ground in the running game. He can eat up double teams and also is underrated as an interior pass rusher. The problem teams are going to have with him is his motor. He’s very streaky, playing great at times and completely vanishing at others.

Says he’s a guy the NFL is much higher on than media buzz. Helluva rep against Trey Smith

When it comes to size, the 6’0 Miller isn’t going to be for everybody. He is the sort of linebacker that will be viewed as a weakness when offenses run straight at him. However, the kid is athletic and quick with good instincts and an ability to go sideline to sideline tracking down ball carriers. He also bring good blitzing qualities too.

David Montgomery and Tarik Cohen should form the primary 1-2 punch for the Bears in 2021 at running back. Still, they can afford to add more depth there. Herbert isn’t a standout physical specimen but he’s a good athlete with excellent vision and running intelligence. He has patience to set up blocks and burst to get through holes.