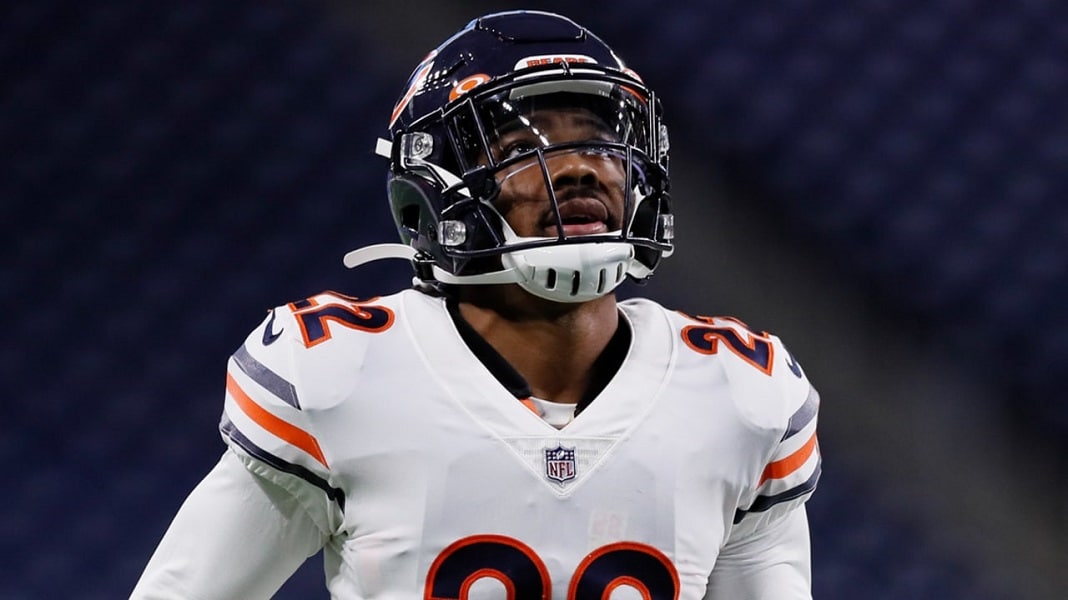 The Chicago Bears defense has a number of question marks going into 2021. It remains a talented unit to be sure. Khalil Mack and Akiem Hicks are still really good. Eddie Goldman is back. Roquan Smith and Bilal Nichols are emerging. That front seven could be one of the best in the NFL if guys play up to their potential. The biggest question rests at cornerback where the losses of Kyle Fuller and Buster Skrine now put guys like Desmond Trufant, Duke Shelley, and Kindle Vildor under the microscope.

Back in March, everybody pretty much assumed Trufant was the heavy favorite to replace Fuller opposite Jaylon Johnson in the starting lineup. It was a reasonable assessment. He’s a former Pro Bowler who can still be good when healthy. However, the rumblings out of Halas Hall suggest the job is far from locked up by him. If anything, another favorite is starting to emerge in the form of Vildor. Jeff Hughes of Da Bears Blog provided an idea of how pumped the coaching staff is about his progress.

“From inside Halas Hall, there is serious optimism regarding Kindle Vildor. When I asked what that optimism means I was simply told (via text): “They’re not going to get too excited until they see it on the field. But they’re seeing it in practice.” Corner is going to be a weakness for this group. But if their pass rush delivers as it should, this group may be competent enough to hold up.”

As far back as April of last year, the Bears felt they got something in Vildor.

Though he was a 5th round pick out of Georgia Southern, GM Ryan Pace and coaches talked as if he was far better than his draft slot indicated. This was proven in performances against Clemson and again in the Senior Bowl. Vildor looked like he belonged on the field with the other more celebrated names. When he finally saw action as a rookie last year? There were some inevitable hiccups, but he also provided glimpses of that talent.

Nice tackle by Kindle Vildor. I would not be surprised if the rookie got a pick today. He’s got a great eye for the ball pic.twitter.com/sfZxs0CGZM

The goal coming into 2021 was improving his discipline. Limit the lapses in coverage and work to make more plays on the football. It sounds like the first part is being accomplished. Vildor looks far more confident and comfortable. Now it’s a matter of whether he can start getting his hands on the football more. Something Trufant has been pretty good at in his career.

Kindle Vildor has a golden opportunity

Later round picks like him don’t usually have a clear path to a starting job like this. The exit of Fuller couldn’t have been timed any better. Right as he’s going into his second season when the biggest leap in production is expected among NFL players. The door is wide open to establish himself as a starter. Furthering the legacy of successful 5th round picks the Bears have enjoyed during the Pace era.

He’s not the only one with lots to prove though. There is an equally heated battle going on at nickel corner as well between third-year man Shelley and encroaching rookie 6th rounder Thomas Graham Jr. They’ve been trying nice moments in practices thus far. Jaylon Johnson has looked the part of the #1 guy while others like Trufant and Artie Burns work to state their own cases.

It is an interesting group.

What it lacks in star power it makes up for in potential and enthusiasm. It feels like the preseason is going to be more important than usual this year. A prime battlefield to settle the questions about who will get the final nod for opening night in Los Angeles. Vildor is off to a great start.