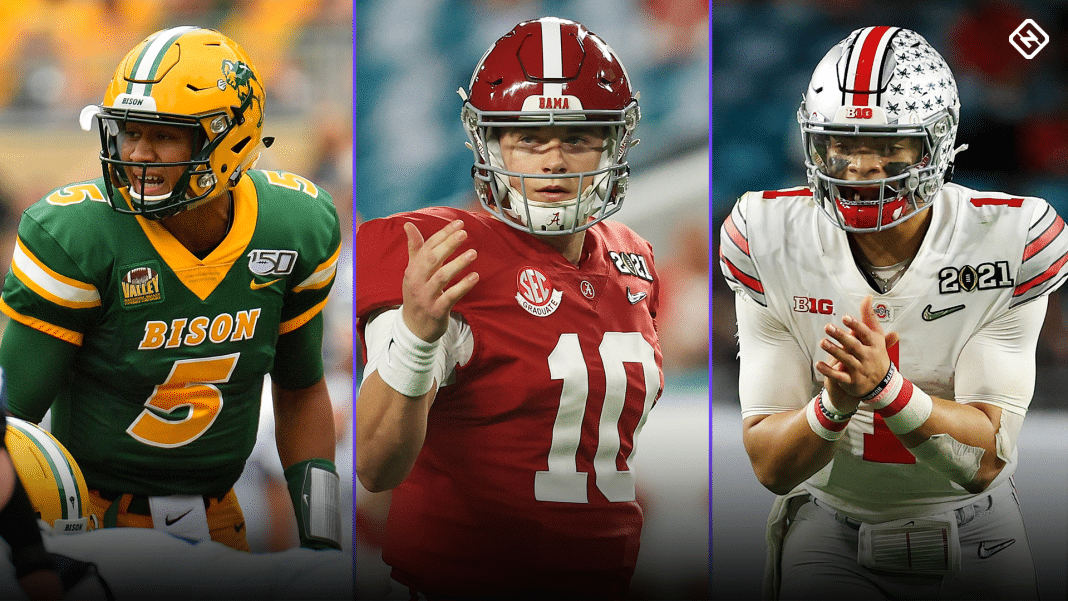 Another chill week on the news front in the NFL and for the Chicago Bears.  There are two and a half week left until the NFL Draft.

And that’s all for this week’s preamble.

With that, let’s reach into this week’s Bears Mailbag.  Follow me on Twitter @DhruvKoul to continue the conversation.

This is a tough one because there are lots of bad QB options here, relative to perceived value.

Trey Lance is a second/third-round prospect.

Davis Mills is a third-round prospect.

Kyle Trask is a fourth-round prospect.

Kellen Mond is a sixth-round prospect.

DK:  To elaborate on this further, I don’t think Trey Lance has shown anything on tape that merits first round, especially Top 10, consideration.  There’s a reason he didn’t throw much at NDSU.  Kellen Mond’s tape is painful to watch, and he never got better during his time in college.  That’s so rare for a QB.

Davis Mills is my sleeper QB in this draft.  If he had stayed healthy at Stanford, I’m convinced he’d be viewed much more highly in the draft.  His tape is extremely intriguing, there’s just not enough of it.  I imagine his stock will rise to a second-round caliber as we proceed, but if the Bears can grab him in the third round?  That would be incredible.

It's tough to speculate *where* he'll end up, but New England just opened up Julian Edelman's spot.

I'd imagine the Bears can get a fifth-round pick for him; perhaps they can make it a fourth if they package one of their sixths with him.

It really depends on how the rest of the board falls. I'm looking at three positions in Round 1 (minus QB): OT, CB, WR.

If the main OT options are gone, watch the following:

We'll see how good Sean Desai is, but I think at least the schematic shifts back to a more Fangio-like defense will put the Bears in the Top 6-8 category.

It can't be understated how much Pagano's vanilla style hurt certain players like Eddie Jackson.

I've said before I am looking at three positions: OT, CB, WR.

Hester, Tillman, and Briggs are the strongest candidates.

Forte is in the Hall of Very Good, but played in an era with so many other great RBs (Peterson, McCoy, Lynch, C.Johnson, Charles and even Tomlinson).

I am not optimistic about this, for two reasons:

– Robinson is probably sore about the way everything has been handled (even though, quite frankly, I completely understand the Bears' approach).

– They need to ensure the premium positions are taken care of: QB, CB, OT, EDGE.