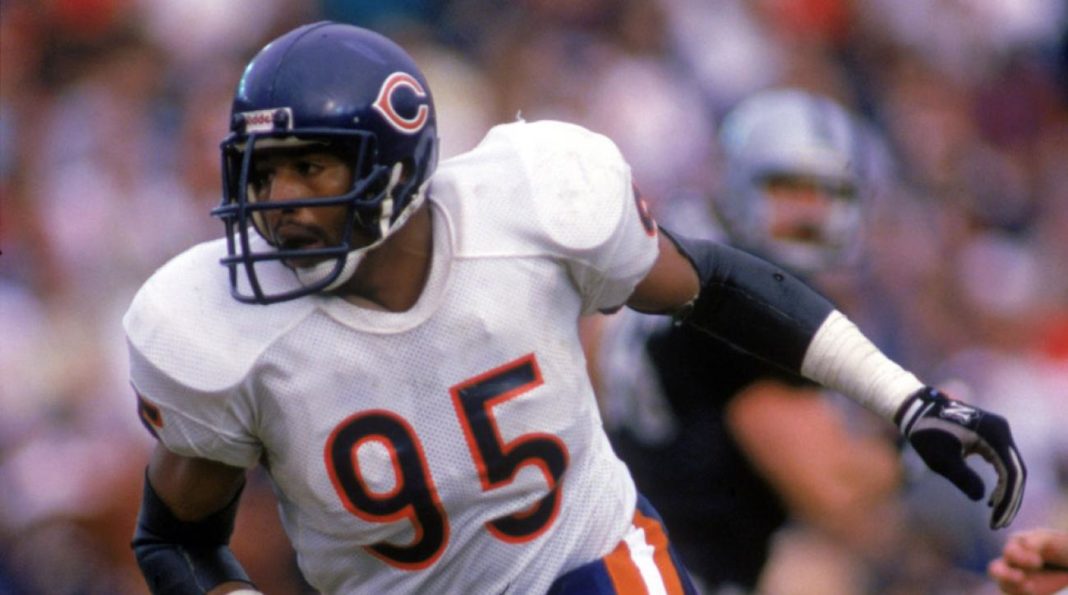 Every sports league has skeletons in its closet. The NFL is no different. There are things in its past they’d much prefer to stay buried. Everything from racial discrimination of minority players to the treatment of women in the industry and so on. It’s a sizable list. Unsurprising given how old the league is. Now it appears Richard Dent is hoping to take them to task over one such misconduct.

The former Chicago Bears defensive end is a legend. He built a Hall of Fame career, won a couple of Super Bowls, and made his fair share of money during that time. However, it came at a heavy cost. Dent is dealing with permanent nerve damage, an enlarged heart, and an ongoing addiction to painkillers. Something he feels came as a result of the NFL’s reckless distribution of pills back in the 1980s and ’90s. That is why he filed a lawsuit against them back in 2014.

Finally, after seven years and two dismissals, the lawsuit is heading to court.

When filed in 2014, the complaint included lurid depictions going back decades of teams freely distributing pain pills so players could return to the field. The first line of what is now the first complaint read, “In contravention of Federal criminal laws, the NFL has intentionally, recklessly and negligently created and maintained a culture of drug misuse, substituting players’ health for profit.”

But the case was twice dismissed by federal judge William Alsup largely because the return-to-play disputes are matters for private arbitration under the NFL-NFLPA collective bargaining agreements (CBAs). And twice — in 2018 and in 2019 — the 9th Circuit Court of Appeals revived parts of the complaints. What is left to determine is whether the NFL — not its teams — took on a voluntary duty to oversee the pill distributions and did so negligently.

Dent isn’t the only familiar face involved either. Fellow 1985 Bears alum are also part of this lawsuit as well including quarterback Jim McMahon and right tackle Keith Van Horne. Both of whom suffered a lot of physical trauma during their playing careers. Trauma that really caught up to them in recent years. It’s not surprising they’d be involved.

McMahon endured several injuries during his career and is suffering from the early stages of dementia. He’s admitted he probably would’ve done things a lot differently if given a second chance. That is how much punishment his body went through. The belief is that rather than proceeding with a trial, the NFL will hope to reach a settlement of some sort with the plaintiffs.

Richard Dent remains the leader he always was

This should serve as a reminder of just how packed that Bears team was with leaders back in the 1980s. People talk about Walter Payton, Mike Singletary, Dan Hampton, and Gary Fencik. Not nearly enough of them discuss Dent. He may not have been the most vocal guy in the locker room but he was never afraid to be outspoken when the situation demanded it. This latest crusade he’s leading serves as a good reminder.

It remains to be seen what will happen. Will Dent and the plaintiffs accept some sort of settlement with the NFL or will they forge ahead and take their chances in court? Nobody can say for sure. If they do go for the trial, there’s a strong chance it’ll be dragged out for a long time. Time some of these former players may not have. So reaching a favorable resolution even if not a complete victory would be preferable.

Either way, it’s a commendable effort.

Lots of players suffered from the rampant pain killer usage back in those days. Hall of Fame safety Kenny Easley suffered kidney failure because of it. Not realizing just how much damage he was adding to his body. It wasn’t until years later the NFL figured out the problem and began adjusting their medical practices. For Richard Dent and others, that is no excuse for what they led teams get away with.