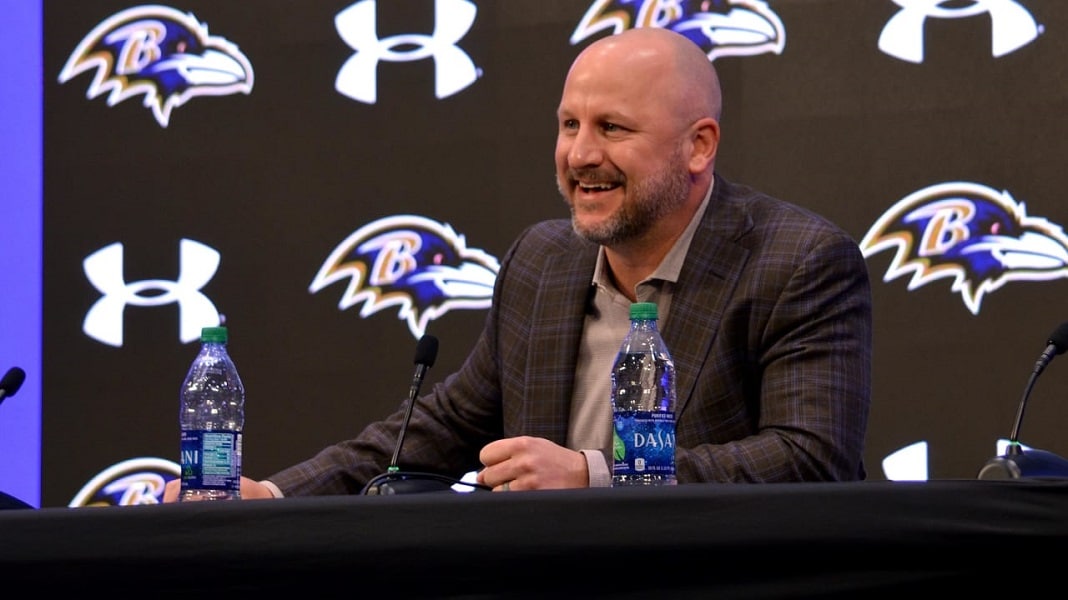 Ryan Pace has maybe the most complicated legacy any Chicago Bears GM has ever had. On the one hand, he’s done an admirable job at finding quality talent in unexpected places. His work in Day 3 of the draft (4th to 7th rounds), undrafted free agency, and the discount veteran market is some of the best this organization has seen. On the flip side, it’s impossible to go through the past six seasons and not realize the team has also underachieved because of his mistakes.

The list of high-profile misfires can’t be ignored. Now the Bears are aging in several areas. Their salary cap is a mess and they have no 1st round pick in 2021. Oh and he hired two head coaches in John Fox and Matt Nagy that have both largely underachieved. This is why many wonder if 2021 could be Pace’s last season as GM. Even if he’s the one who landed Justin Fields.

If that is the case? Then here are some names to watch as potential replacements.

Few teams have done a better job at constructing their roster in the past few years than Buffalo. GM Brandon Beane is considered a star in the front office community and Schoen has been his right-hand man since he took the job in 2017. Schoen started as a scout in Carolina before working his way up the ladder in Miami. His fingerprints were on a lot of key additions via the draft from the moment he cracked the front office. If Brian Daboll does become a head coach in 2022, then Schoen seems like a no-brainer GM to pair him with.

It is a genuine shock teams haven’t looked to mine the Ravens front office for GM options. Few teams have done a better job at consistently building and rebuilding their roster over the past two decades than Baltimore. Hortiz is one of the lifers of the organization. He’s held the college scouting director job for seven years now and had a chance to learn from both Ozzie Newsome and now Eric DeCosta. His track record in the draft speaks for itself. It also flies directly in contrast to Ryan Pace given his work is on the college side of the fence.

Being part of two front offices that eventually built Super Bowl contenders is never a bad sign. Peters had a big hand in helping the Denver Broncos win the title in 2015. Since joining the 49ers in 2017, they’ve enjoyed a major rebound headlined by some true star players. Peters has seen the blueprint to building a contender multiple times now. He’s young and considered “forward-thinking” by those who know him.

Overdue for a shot:

The son of Hall of Fame GM Ron Wolf. He started cutting his teeth as a scout in Green Bay and eventually became their director of player personnel in just over a decade. He played a big part in their 2010 Super Bowl title run. This success led him to become assistant GM in Cleveland where hehad a pivotal role in building that roster that delivered the Browns their first playoff appearance since 2002. After a somewhat unceremonious firing in 2020, he’s been working with the Patriots. The track record is solid and the pedigree is there. Something Ryan Pace never really had.

His former co-director of player personnel Scott Fitterer finally got a GM job in Carolina. Many believe Kirchner has deserved such an opportunity for a long time. Understandably so. His work on the pro personnel side back in the early 2010s set the stage for Seattle’s Super Bowl victory in 2013. After being promoted to his current position as right hand man to John Schneider in 2015, the team has continued to enjoy success in both the draft and free agency as they load and reload around quarterback Russell Wilson.

It is shocking that Wooden’s name hasn’t been mentioned more often considering how incredibly consistent and solid the Chargers have been at acquiring talent since he arrived in 2013. While injuries have played a persistent part in the team not having more success, there is no denying they’re considered among the more fascinating teams moving forward thanks to the roster they’ve assembled. He might not have the media hype others do, but the track record is impossible to deny.

It is a genuine shock that nobody hired Smith as GM when he declared his availability last season. He was the one most directly responsible for making the Texans a relevant franchise from the moment he took over in 2006. Every playoff appearance they’ve made can be credited to the work he did for over a decade running their front office. Unfortunately, the terminal illness suffered by his wife and internal politics of the Texans organization led to his stepping away from the game. Now he is ready to return.

Ireland came under a lot of scrutiny during his time as GM of the Miami Dolphins for his somewhat immature handling of the position at times. Those mistakes eventually cost him his job. Yet nobody can deny the man has had a ton of success when it comes to building rosters. His work in Miami was good, but it’s been his time as assistant GM in New Orleans where he truly began to find his groove. The Saints roster is arguably the best it’s ever been during the Sean Payton era and Ireland is a big reason why. Fans will be reluctant to dip into the Saints pool again after the Ryan Pace experience, but facts are facts.

Most people only remember Xanders as the guy John Elway replaced when he took over the Denver Broncos front office. That is really a shame because the former GM actually played a huge part in setting the foundation for the team that eventually won the Super Bowl in 2015. Broncos fans never appreciated him. Yet the man hasn’t wasted time helping other organizations do some solid drafting over the years. The Rams are the latest, having added him in 2017. Their ability to dance around not having 1st round picks every year can’t be understated.

Being a minority executive has always been difficult in the NFL and not until recently has the league tried to help get teams to give such men a proper chance. Maybe this will finally get some people to notice Allen. He first began to emerge as a viable option when he became college scouting director in Kansas City in 2014. There he helped set the stage for their eventual Super Bowl triumph five years later. His lone year in Buffalo saw the Bills secure their franchise quarterback. Now he’s busy helping the Dolphins become viable contenders in the AFC.

Few front offices have had greater stability for the past two decades quite like the Steelers. Khan has been part of it since all the way back in 2001, working closely with highly-respected GM Kevin Colbert in building rosters that delivered three Super Bowl appearances and two Lombardi trophies. His experience on both the football and business side of things gives him a unique perspective compared to most GM candidates. Now that it’s apparent he won’t be Colbert’s heir apparent in Pittsburgh, an interested team might be able to pry him away.

When a team wins a Super Bowl, that automatically should increase the spotlight on the front office that made it happen. Spytek has been the wingman to Bucs GM Jason Licht since he arrived in 2016. During that time the organization enjoyed by far its greatest success in both the draft and free agency in years. Before that Spytek worked in the Broncos front office that built their 2015 championship team. So this man has now had a hand in two recent Super Bowl winners. That is impossible to ignore.