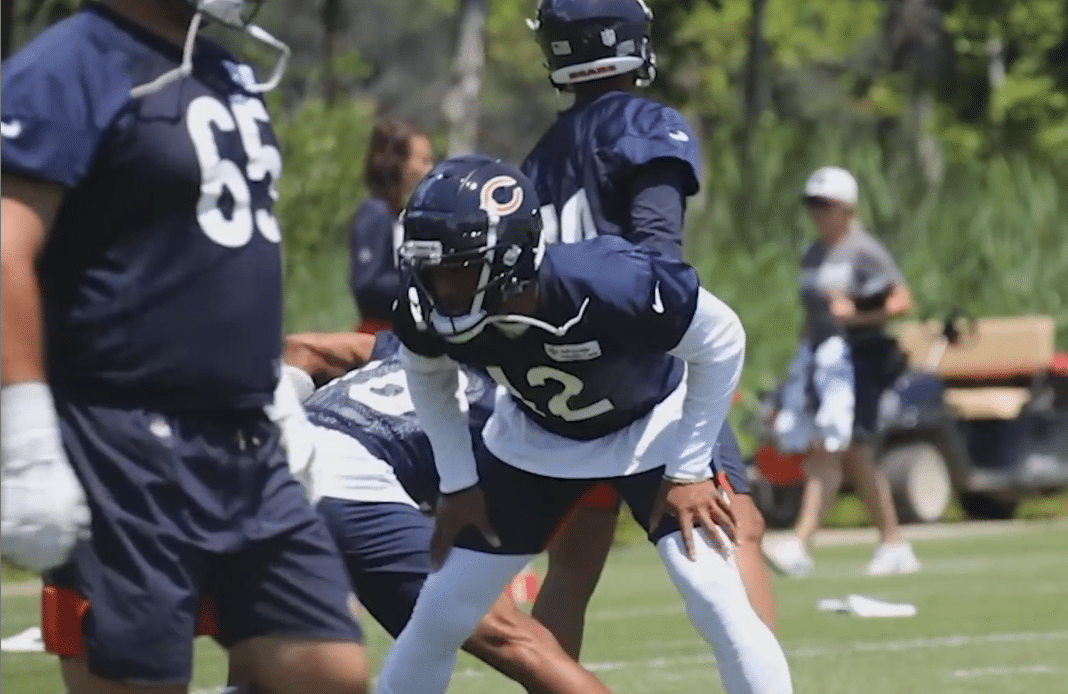 Allen Robinson rarely lets his emotions show one way or another. He’s even-keel in his mentality. That is probably one of the reasons he is so consistent on the field each and every week. Don’t be fooled though. The man feels emotions like everybody else. He is just better than others at masking them. Probably the most prominent emotion he is feeling right now is agitation. This due to the ongoing contract standoff between him and the Chicago Bears.

To his credit, the man isn’t making it about him. After skipping voluntary OTAs, the 27-year old arrived on schedule for mandatory minicamps. During his first press conference of the year, he indicated he would be there at training camp next month as well. The reasons being a desire not to fall behind in connecting with the new quarterbacks and also not forfeiting any money.

That first part is certainly the more important matter.

If Robinson is going to maximize his value in 2022, presuming no extension is reached, then he has to make sure he develops chemistry with his new signal-callers. Like the other receivers thus far, he was asked about the Bears’ acquisition of Justin Fields in the NFL draft back in April. Robinson admitted he didn’t watch the event live. However, when he found out he was excited and quickly got in contact with the young QB.

“I was definitely excited for the team and for Justin. I reached out to him shortly after he was drafted and I’ve been in communication with him since.”

Surprisingly, the conversations thus far haven’t centered on football. Robinson has talked to Fields about numerous other subjects. He’s also helped the rookie get acquainted with his new surroundings both at Halas Hall and in the community. It appears the receiver isn’t too concerned about the Xs and Os with Fields. From what he’s seen thus far, the quarterback can handle that just fine.

“Justin’s a great talent. He’s a hard worker. I don’t think (there’s) anything football-related that would be an issue.”

Allen Robinson is prepared to gamble on himself

He’s made it clear for months that the ball is in the Bears’ court regarding his contract. He knows what his value is and doesn’t seem willing to move off the number he has in mind. Thus far the organization hasn’t considered venturing into that range. Speculation is it rests somewhere in the $20 million per year range. Early word was the Bears were hoping for something closer to $17 million. That represents a pretty wide gap.

It is no wonder the two sides haven’t talked since last September. At least according to the few reports available. Are the Bears really willing to let Allen Robinson walk in 2022? The man himself is prepared for that eventuality. He will play the year on the franchise tag, ball out, and use that as momentum going into free agency. There is no way Chicago will tag him a second time.

GM Ryan Pace will have a choice by then.

Meet Robinson’s demand before the market opens or let him walk. The latter would be a huge gamble considering the lack of proven depth on the roster along with no 1st round pick in the 2022 draft. So finding any viable replacement would be a major challenge. Not the best timing since they are hoping to move forward with Fields as their franchise guy. Keeping Robinson makes way more sense no matter how you look at it.