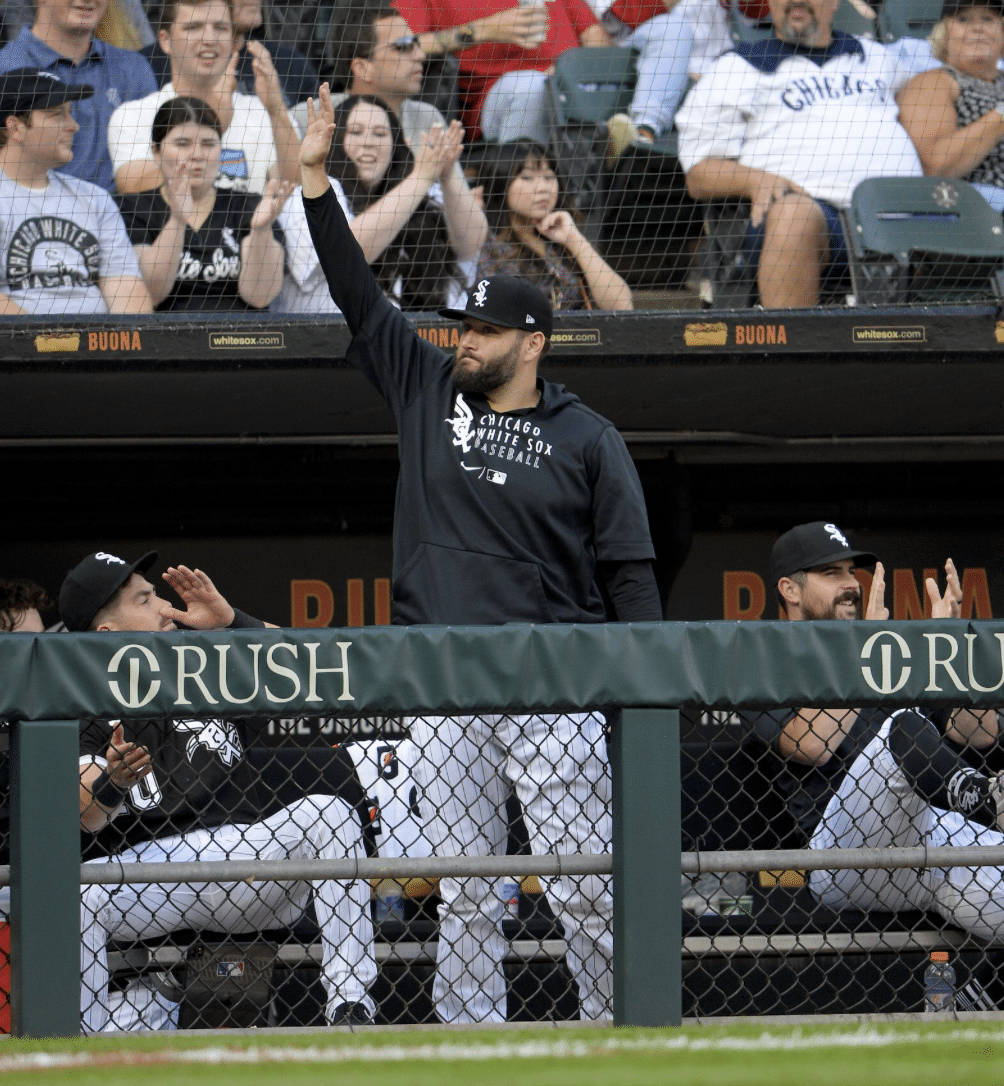 Chicago is one of the greatest cities in the world. It has unparalleled food and drink options, amazing beaches, top-rated museums, and a championship-caliber baseball team on the Southside. Now, it is officially home for Lance Lynn. At least for the next two seasons.

The White Sox announced yesterday that Lance Lynn signed a two-year contract extension with a club option in 2024. The deal is worth $38 million. Lynn will earn $18.5 million in 2022 and 2023, with the White Sox holding an $18 million option for 2024. If the White Sox choose not to pick up the option, they can buy out his contract for $1 million.

The deal was a no-brainer for both sides. “If you already know where you want to go why go to free agency,” Lynn said after the deal was announced.

Lance Lynn wanted to play for a winner. The White Sox were hungry to become a winning team. They traded Dane Dunning for Lance Lynn in an effort to solidify their rotation.

When Lance Lynn met White Sox chairman for the first time during Spring Training in Arizona the message was clear. According to Lynn, the first thing he said was, “I’m looking to win another championship,’ and that’s all I’m about, trying to do everything I can to win.”

The big Mississippi right-hander knew immediately that the South Side of Chicago was going to be a perfect fit.

White Sox fans and teammates alike adore Lance Lynn. His antics on the mound from grabbing his junk to unleashing a flourish of obscenities after a big strikeout make him the most entertaining pitcher the White Sox to watch. He feels like a Southsider. A guy you would want to shotgun a beer within section 108. If you head over to the bullpen before a Lance Lynn start you can hear a mass of fans cheering for him and shouting out things they have heard him say on the mound.

More of this to come. pic.twitter.com/DLzxqyMsOA

His impact on the locker room can’t be understated either. “Every time Lance is on the mound, I’m like, ‘Oh, it’s Lance Day,” Codi Heuer told NBC Sports Chicago. “If I’m coming into the game today, I’m shutting it down for my boy. Because he’s out there leaving it out on the field. That’s contagious.”

“It’s just his leadership. He commands the room with the guys. The younger guys respect him, want to hear what he has to say. He’s been through a lot. So it’s nice to have that kind of leadership and someone that guys can fall back on if they have any questions or thoughts.”

Katz continued, “he cares about the younger guys. He wants to help. It’s an all-around great personality to have in the clubhouse.”

His play on the field certainly helps. Lynn is 9-3 with a 1.99 ERA over his first 16 starts in a White Sox uniform. He represented them in the All-Star game and pitched a scoreless inning. The two-time All-Star fortifies a White Sox roation that already includes Lucas Giolito, Dallas Keuchel, Dylan Cease and next year Michael Kopech. Even though Lynn is 34 years old he has still been able to pitch at a high level. He finsihed in the top 10 of the Cy Young voting in 2020 and has a chance to take home the award this season.

Once Lynn realized that he wanted to stay in Chicago he immediately began working with his people to get an extension done. Lynn was very involved in the process, something that he thinks helped make it quicker.

When the White Sox threw out their initial offer, Lynn was thrilled that the number was in the same ballpark that his camp had in mind. Soon after he was signing a brand new contract.

“Since the day I got here in Spring Training, everything’s felt like the perfect fit, even the guys in the clubhouse, the clubhouse staff, and everybody,” Lynn said. “When I walked in today (after signing extension) everybody was really excited to have me around for the next couple years. So that’s always a good feeling.”