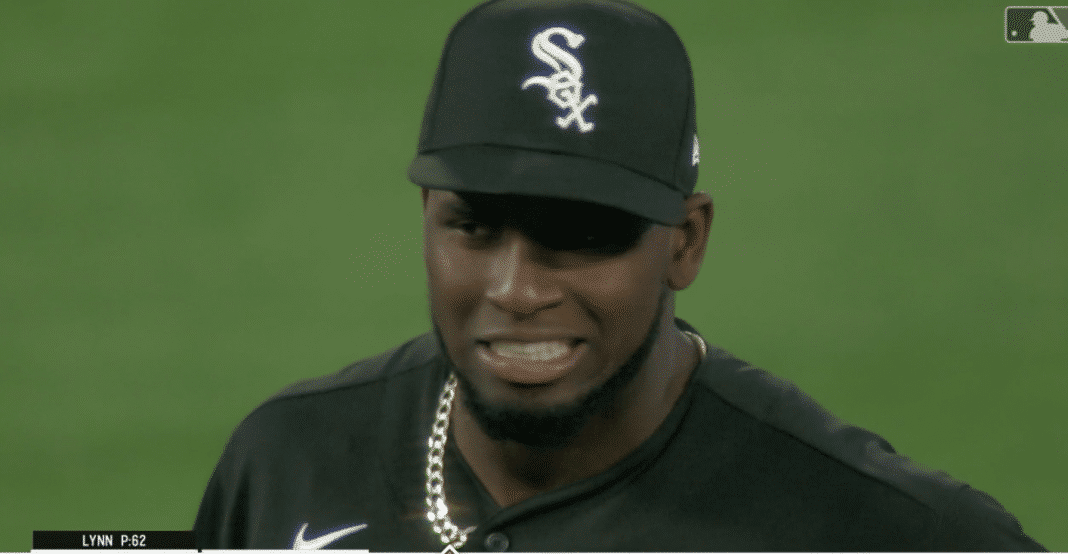 Chicago White Sox centerfielder Luis Robert left Sunday’s game in the first inning after injuring his right leg. As he was attempting to beat out a ground ball to third, Robert stumbled after down the first baseline after it appeared his right leg went out on him. The Gold Glove centerfielder was helped off the field as he couldn’t put any weight on his right leg.

PLEASE be better than it looks! pic.twitter.com/TXCJylOZmI

The injury comes at a terrible time for the White Sox as the team’s outfield depth has been decimated by injuries in spring training. Centerfielder Adam Engel has been out since spring training with a hamstring pull and isn’t expected back for a few more weeks. Left fielder Eloy Jimenez, who’s was more valuable from a hitting standpoint than defensive, torn his pectoral muscle after getting his glove caught on the top of the outfield fence. Jimenez is expected to be out until August and leaving a massive void in the White Sox lineup.

For Robert, the injury comes at a terrible time as it appears that he was heating up at the plate. The centerfielder is currently batting over .300, with 12 of 29 hits being for extra bases. Robert is defensively invaluable as he is becoming one of the best outfielders in all of baseball due to his massive range in covering centerfield.

There are no details yet to the extent of the injury. When Robert went down, he was holding his right groin and hip area. It is hard to determine the severity of the hip injury as he did not over-stride or misstep while running. Sports Mockery will provide further updates to this developing story once more is made available.