Johnny Cueto is not your ordinary pitcher on the mound. His repertoire of various windups and deliveries makes him one of the most interesting pitchers to watch in baseball. As it turns out that is just the tip of the iceberg. Cueto is even more interesting off the mound.

Jeff Passan of ESPN recently wrote a profile story about the White Sox‘s newest pitcher. The ways in which he spends his paychecks are truly amazing.

Cueto bought an ambulance from former MLB relief pitcher, Octavio Dotel. He then upgraded it by turning it into something that rivals a transformer.

On the back of the ambulance is a wall of speakers. Twenty-two to be exact. Nine on each door and a stack of four in the middle. But he didn’t stop there. On the top of the ride is a hidden compartment with two fold-out flaps. Open those flaps and you’ll find another six speakers attached along with a central panel with 20 more. 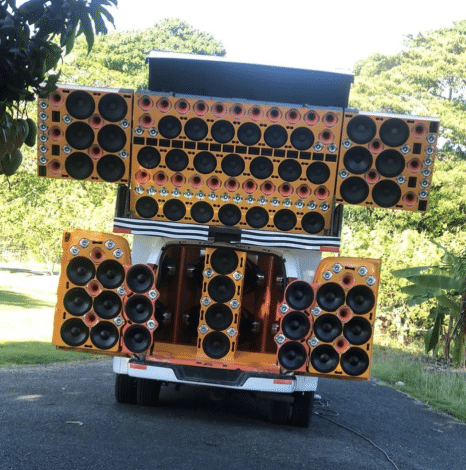 Reynaldo Lopez told Passan, that the bass of the speakers is so loud that when Cueto parked his ambulance next to a pool, the water began splashing up.

Cueto denies the story but if you take one look at his ambulance it is easy to believe Lopez’s.

There is a company in the Dominican Republic called MUSICOLOGO BAKANO RD that specializes in tricked-out automobiles.

On top of decking out his ambulance, Cueto spends his time during the offseason riding horses on his 1,500-acre ranch. He also owns cows, chickens, pigs, and goats, that he uses for cooking.

Johnny Cueto owns an ambulance that transforms into a portable sound wall with 54 speakers. It's just another reason he is The Most Interesting Man In Baseball. Story at ESPN, free and unlocked, on the legend of leisure — and, it turns out, work ethic: https://t.co/goh3wgnmGp pic.twitter.com/r3TAMiWFPl

Upcoming Stretch Of Games Will Decide The White Sox Season

The Fourth of July is a time for fireworks cookouts and arguments with drunk uncles. It is also the...

The White Sox Have A Home Run Problem

The White Sox's last seven games were supposed to be an excellent spot on the schedule to gain some...

Despite Calls To Be DFA’d, Leury Garcia, Isn’t Going Anywhere

Leury Garcia stinks right now. You don't need to tell any fan this with a set of working eyeballs....

It's no secret that White Sox fans are unhappy. A team that entered the season with championship aspirations has...

Dylan Cease Is The Hottest Pitcher In Baseball

When talking about Dylan Cease, the term head case gets thrown around a lot. After a second consecutive dominating...

There is not much to smile about in White Sox land these days. The White Sox dropped a series...