The Chicago White Sox made the shocking announcement on Monday that the team agreed to part ways with both manager Rick Renteria and pitching coach Don Cooper. The reason why the move shocked many is due in part to the team’s first winning season in eight years, along with the organization’s loyalty to members of the franchise. Owner Jerry Reinsdorf has been notoriously for being loyal to his players and coaches. It is that same loyalty that has stood in the way of the team moving on from coaches and managers.

Jerry Reinsdorf deserves lots of credit for these #WhiteSox changes. Coaching moves with both of his franchises during some uncertain economic times. I give credit when it's due and I'm very interested to see what's next.

Following the team’s game three loss and elimination from the playoffs against the Oakland A’s two weeks ago, there has been a good contingent of White Sox fans calling for the firing of Renteria. Many felt that the manager’s in-game decisions and bullpen decisions cost the team many wins this season. Given their issues with Renteria, fans still doubted that the team would part ways with him given Reinsdorf’s track record when it comes to firing or replacing coaches and managers.

Renteria replaced Robin Ventura as the manager following the 2016 season. Ventura resigned from the job following four consecutive losing seasons. Although he oversaw an 85 win team in 2012, the former All-Star third baseman struggled mightily as the manager during his time with the White Sox.

Jerry Reinsdorf is the best boss in America. The only way you can lose your job is if you fire yourself, shouts to Robin Ventura.

I thought Jerry Reinsdorf would sell the White Sox before he'd fire Don Cooper, to be honest.

Another example of Reinsdorf’s drastic change of putting business before loyalty also involved Guillen as the owner reached out to the former manager to inform him that he would not be a candidate for the managerial position. Many fans and those in the media believed that the former World Series manager could be rehired as the team’s manager to work with its young core.

Jerry Reinsdorf called Ozzie Guillen this morning to tell him he would not be a candidate.

Chicago undertook a rebuild back in 2016 because it was Reinsdorf who felt that this was the best way to get one more World Series title before it was too late. The mutual agreement to move on from Renteria demonstrated the addressing an issue that some felt overdue. The decisions involving Cooper and Guillen, however, demonstrated Reinsdorf’s commitment to winning as soon as possible.

Former players and coaches of Reinsdorf-owned franchises have the utmost respect for him. Hall of Fame and All-Star players, including Frank Thomas, Bo Jackson, Harold Baines, John Paxson, Scottie Pippen, Phil Jackson, and Michael Jordan, have said nothing but great things about their former employer because of his loyalty. It has been that same loyalty that impeded vital and necessary organizational changes. This year has brought an end to that issue as Reinsdorf has demonstrated all year long, and on Monday, there can be a separation between loyalty and business. 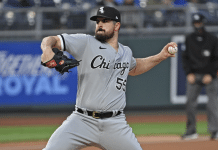 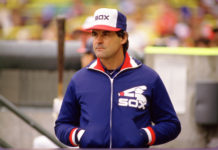 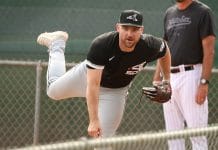