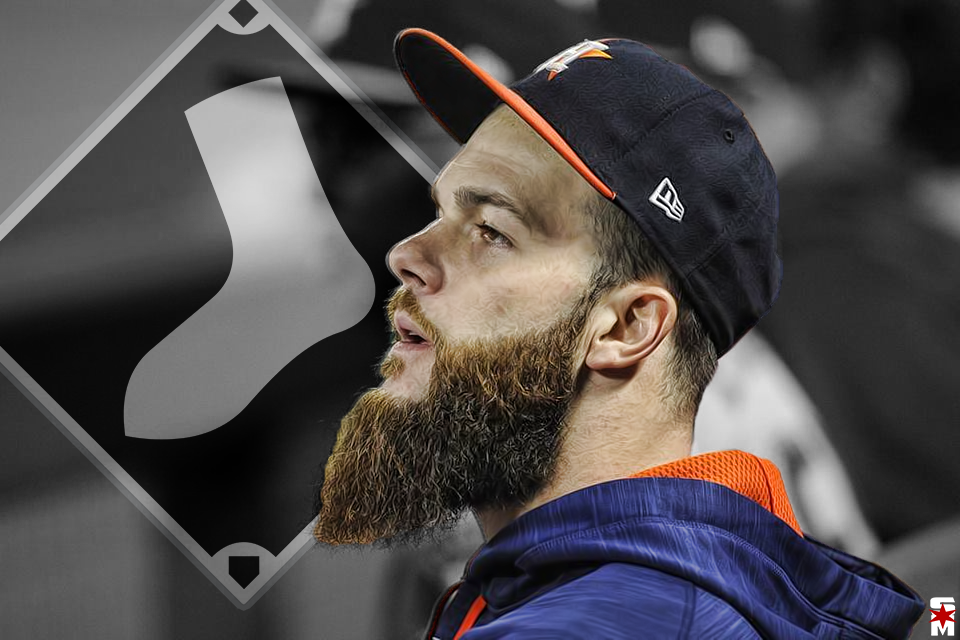 If you like looking into subtweets Dallas Keuchel dropped a huge hint on Twitter that his fingerprints are all over Rick Renteria’s firing. There are clues that support this from back in August.

On Monday morning the Chicago White Sox announced that they were parting ways with Rick Renteria after four years. Renteria was an intrical part of the rebuild and helped get this team to where they are today.  But Rick Hahn expressed interest in giving the reins to a manager with experience in October during his press conference on Monday. The White Sox wanted to take advantage of their emerging championship window so they ended the Rick Renteria experiment.

Dallas Keuchel, who had not tweeted since June, was suddenly very active on twitter after the news of Renteria’s firing. The first tweet was your standard thanking the coaches for everything they have done but the second tweet was very telling.

Thank you to Ricky and Coop for everything they have done for White Sox organization. I will continue their passion for winning and wish them all the best in their new beginnings!

Big things ahead for the #WhiteSox !!!

Dallas Keuchel seems excited by the news. If you look at the events leading up to that tweet the evidence points to Keuchel wanting Renteria out.

Calling Out Lack Of Accountability In August

Dallas Keuchel was brought in for his proven track record and to be a leader in the clubhouse. The White Sox immediately got their money’s worth. The first thing Keuchel did as a member of the White Sox was take the entire organization out to dinner. He left with a $25,000 dollar bill and the respect of the rest of his teammates.

Later in the season it was not surprising when Keuchel called out his teammates. The White Sox were in the midst of losing five of their last six games. Following a 5-1 loss to the Tigers in August Keuchel reportedly called out the team in the locker room then vented to the media about the team saying

He went on to say.

“It just seemed like we were taking a night off. We can’t afford that with a young core that we have here. We’ve got to show up every day, and even if there’s no fans, we’ve got to make sure that we’re ready to go. And if we’re not ready to go, we’ve got to fake it until we make it.”

Renteria was not ready to question his team’s effort but did mention the need for accountability shortly before Keuchel vented to the media.

“My feeling is that I think we got a lot of guys that are going to be holding each other accountable in that clubhouse,”

This was most likely a reference to Dallas Keuchel’s post game speech. Dallas Keuchel was not out of line for calling out his teammates. That is what he was brought in for. He is a respected veteran with a championship ring and a Cy Young award. However, Keuchel was clearly upset at the lack of accountability in the clubhouse, something that is part of the managers responsibilities.

Shortly after Renteria’s firing MLB insider Ken Rosenthal tweeted that some of the White Sox veterans were unhappy with the lack of accountability in the clubhouse.

Some White Sox veterans felt Renteria needed to hold players more accountable, but this is the Cubs’ situation all over again. CWS moving on in large part because more proven candidates (Hinch, Cora) are becoming available. Can anyone seriously imagine them hiring someone else?

There are only a few veterans on this team that would likely say something like that. Jose Abreu, James McCann, Yasmani Grandal and Dallas Keuchel are the few guys in the clubhouse that are universally respected and looked up to as leaders in the clubhouse. Jose Abreu has not been on a winning team before so it is unlikely he would make a statement like that. He also seemed to enjoy his time with the White Sox, even saying at the end of the 2019 season that if the White Sox did not resign him, he would resign himself. It is unlikely he would say something.

James McCann is going to be a hot commodity on the free agent market this offseason. He is unlikely to return to the White Sox so it would not make sense for him to call for his manager’s job. James McCann also praised Renteria at the end of the season.

“One thing that I respect a lot about Ricky is how he pushes to get the most out of each individual player” McCann said following their season ending loss to the Athletics.

That leaves two suspects: Yasmani Grandal and Dallas Keuchel. It doesn’t seem like a coincidence that Rosenthal reported the veteran players frustration in the lack of accountability and Dallas Keuchel expressed the same concern two months earlier. Leading me to believe that he was leading the charge in players calling for a change.

During the press conference Rick Hahn talked about what he wanted in his new manager. Somebody that comes from outside the organization. Hahn also said

“Recent October experience with a championship organization would be ideal.”

AJ Hinch checks off all of those boxes. He seems to be the leading candidate for the job and was Dallas Keuchel’s former manager in Houston. After Keuchel fired off his tweet the odds of AJ Hinch becoming the White Sox next manager went from minus 250 all the way up to minus 600.

If you read the tea leaves, AJ Hinch will be the next manager of the Chicago White Sox and Dallas Keuchel has a say in it.